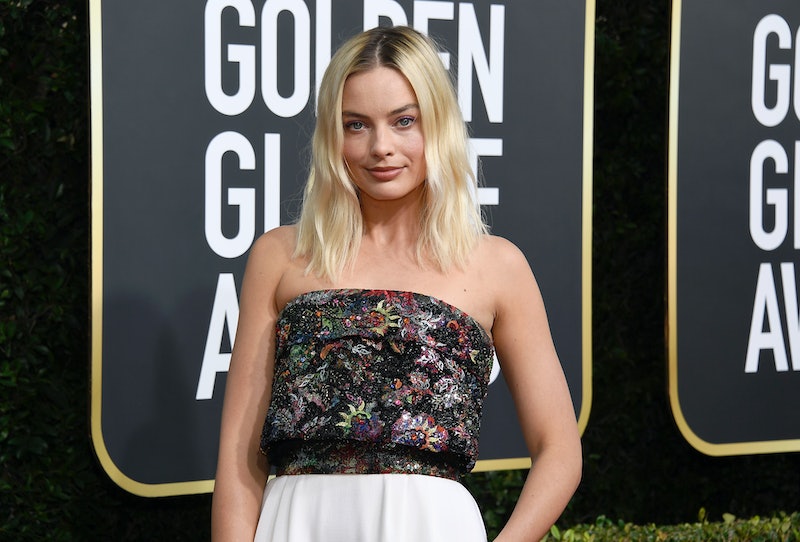 The Golden Globes are a celebration of entertainment and escapism, with Hollywood glamour and television excellence awarded amid glitzy looks and enormous star wattage. But some attendees don't want the audience to lose sight of a massive ongoing ecological disaster. At the Golden Globes, celebrities shouted out the Australian wildfires, reminding audiences to spread the word about the disaster and donate to support efforts to contain them.

Though he won Best Actor in a Television Limited Series or Motion Picture for his work in The Loudest Voice, Russell Crowe wasn't at the Golden Globes to receive his award. He chose instead to remain in his home in Australia during the country's time of crisis. Presenter Jennifer Aniston read his moving speech in his absence: “Make no mistake, the tragedy unfolding in Australia is climate-change-based. We need to act based on science, move our global workforce to renewable energy, and respect our planet for the unique and amazing place it is,” Crowe wrote. This was a direct jab at Australian Prime Minister Scott Morrison, who evaded talking climate change policy when the fires began in October, and recently addressed increasingly frightened and frustrated Australians by defending his government's decisions and doubling down on staying the course: "What we will do is make sure our policies remain sensible, that they don’t move towards either extreme, and stay focused on what Australians need for a vibrant and viable economy, as well as a vibrant and sustainable environment.”

The references to the disaster kept coming throughout the night. Standing between his sons on stage, Pierce Brosnan spoke on behalf of the entire room saying, "All of us at the Golden Globes and the HFPA send our thoughts to the people affected by the bushfires in Australia. Stay strong, we're with you, God bless."

Though her speech largely focused on the looming threat of war and the need for everyone to get out and vote in 2020, Patricia Arquette mentioned the Australian wildfires as one of the crises we could hope to address through political action during her acceptance speech for winning Best Supporting Actress for The Act.

Australian actor Cate Blanchett followed up by acknowledging the callouts and shows of support for her country while presenting. "I wanted to do a special callout to the Australian firefighters who have been at the center of battling the climate disaster that's facing Australia," she said. "When one country faces climate disaster, we all face climate disaster."

While accepting his award for Best Actor in a Drama for his performance in Joker, Joaquin Phoenix thanked other actors for their good intentions in highlighting the Australian fires, but insisted we have to go further. "I don’t want to rock the boat, but the boat's f*cking rocked. It’s nice that so many people sent well wishes to Australia but we have to do more than that," Phoenix insisted. "It’s great to vote, but sometimes we have to take that responsibility on ourselves and make sacrifices in our own lives. We don’t have to take private jets to Palm Springs..." he continued, before getting played off the stage.

Of course, celebrities have been posting about the disaster on social media before the Globes. On Instagram, Australian actor Margot Robbie filmed herself flipping through childhood photos, saying she knew we'd all seen the devastation and destruction on the news. "I wanted to show you how beautiful our country is, because it is so beautiful, and it's really really hurting right now."

At the January 4 pre-Golden Globe event Globe Meets Golden, Nicole Kidman arrived crying after finding out the Australian home she and husband Keith Urban share was under direct threat from the fires. According to Us Weekly, Kidman stopped red carpet interviews, saying, "I’m so sorry. I’m so distracted right now with everything that’s happening in Australia," before continuing down the red carpet walk in tears.

The next day, she posted links to local fire services on her Instagram and announced she and her family had donated $500,000 to the cause.

The Australian wildfires are still raging through the country. The Associated Press reports 12.35 million acres have burned — for comparison, the California wildfires destroyed under 2 million acres. The fires just reached the outskirts of Sydney, with thousands of residents being evacuated.

The night ended with one last comment from host Ricky Gervais, who deadpanned at the end of the show, "It's over. Please donate to Australia, get drunk, take your drugs." If you want to do the former, there are numerous charities taking donations.