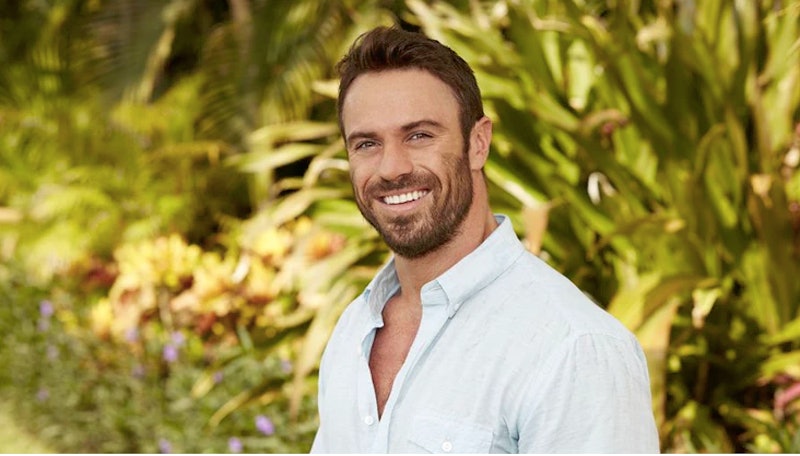 Uh-oh, Bachelor Nation: It sounds like there may be trouble brewing on the horizon, because The Bachelorette's ultimate bad boy, Chad Johnson, is gearing up for Bachelor In Paradise 4. He exclusively confirmed the news to Wetpaint on Friday. Yep, you heard that correctly. Perhaps the biggest troublemaker in Bachelor history is back and ready to bring on some brand new drama. According to Wetpaint, the controversial reality star first mentioned his upcoming stint on BiP during an interview with The Tea. He said,

“I will be on 'Bachelor in Paradise.' I’ve already agreed to do it. I hope I don’t get kicked off the first night!”

Despite his heavily flawed attempt at Season 3 of Paradise, in which he was kicked off after just one night for his... let's just call it... less-than-stellar behavior, the Oklahoma-bred real estate agent is said to have his sights set on quite a few contestants from the current season of The Bachelor, so this could possibly be a precursor to the biggest villain hook-up of all time. If Nick Viall ultimately decides not to put a ring on Season 21's Corinne Olympios, I'm going to bet that these two will meet up and possibly lock horns in Mexico.

Judging from his interview, Johnson is also well aware of the drama that a potential liaison with Olympios would bring about. He explained,

“It sounds and looks like it’s going to be exciting if that does go down.”

I, for one, am not ready for his ugly on-screen antics, but I suppose it does make for great television, right? I'm also not quite sure whose bright idea it was to actually bring this him back into the fold after his last stint in the house. But I can all but guarantee that the potential pairing of he and Olympios would be a sure-fire ratings hit.