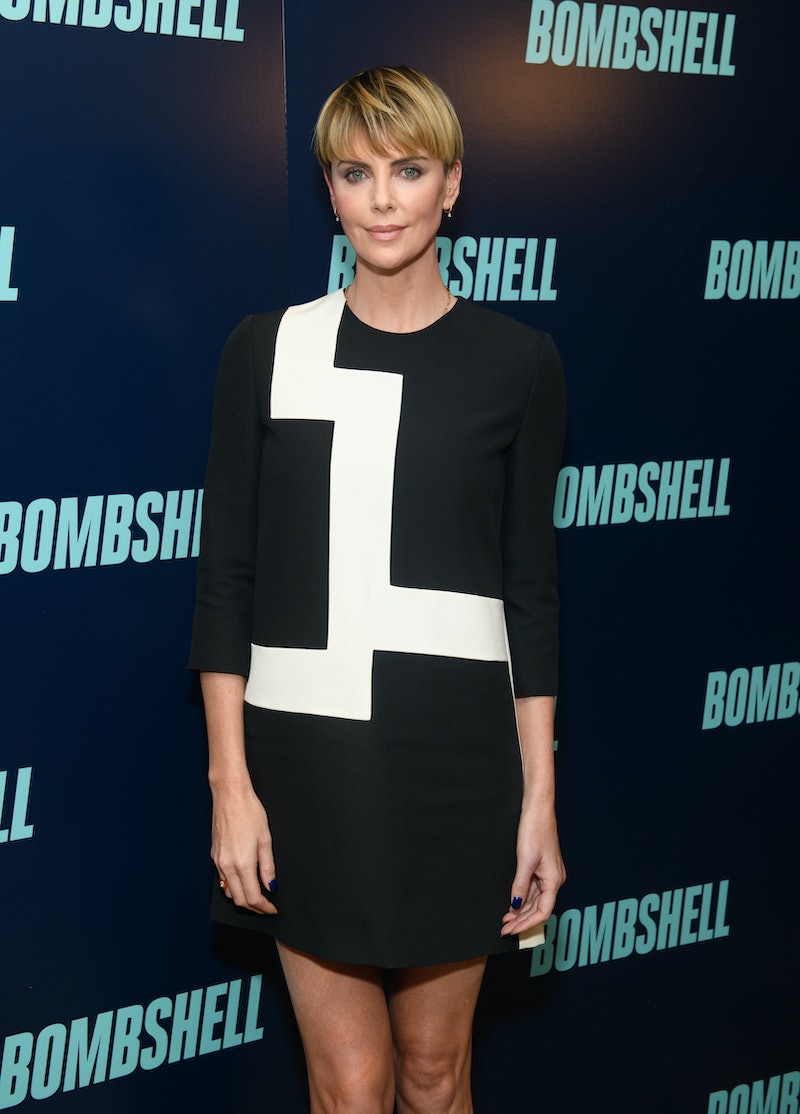 Charlize Theron has played a serial killer, an international spy, an exhausted mother, and everything in between. And yet, the hardest role she's ever played wasn't the infamous killer Aileen Wuornos, but former Fox News host Megyn Kelly. In a new interview, Theron revealed why she was so terrified to play Kelly in the new film Bombshell.

“I think I was scared of it,” Theron told Glamour in an interview for the magazine's 2019 Women of the Year Honorees. In fact, she was so afraid that it took her months to actually sign on to the film about the women who accused Fox News' Roger Ailes of sexual harassment in 2016. In the end, she took the role after realizing Kelly had a lot in common with other characters she had played. “A lot of projects I’ve been involved in are not necessarily projects where everybody has gone, ‘Yeah, this is going to be great, you should do this!’” she told the magazine. “It tends to be projects where people are like, ‘I don’t know about this Monster movie. Really?’”

Monster, in which Theron transformed herself to play Wuornos, ended up winning her the Oscar. And already, Theron is getting Oscar buzz for Bombshell, a movie she not only stars in, but is producing, too. Still, Theron said playing Kelly wasn't easy. “She’s conflicting,” Theron said on Sunday, Oct. 20, during a Q&A session with CNN's Alisyn Camerota, one of Ailes' accusers, following a Manhattan screening of Bombshell.

Theron went as far to say that playing Kelly, who worked as a news anchor for Fox News from 2004 to 2017, before moving to NBC News in 2017 where she was fired for questioning why blackface was offensive, was "harder" than playing Wuornos. "She’s incredibly well known," Theron said. "I've never played anybody on that level. I’ve played real people that nobody knows about so there was less pressure when I did those.” She even wondered if "there’s somebody out there who can do this better than you can.”

Watching the trailer for Bombshell, it's hard to believe there could be. Theron is almost unrecognizable as Kelly thanks to "a bleached-blond bob, pursed lips, and a few well-placed prosthetics" by veteran makeup artist Kazu Hiro, according to Entertainment Weekly.

But for Theron, it was more than the physical transformation to become Kelly that made her take the role. It was how the film puts the focus on the women, whose story of sexual harassment came to light a year before the #MeToo movement brought down powerful men like Harvey Weinstein. Specifically, how this film showed a different side of Kelly, someone a lot of people think they know.

“She’s pretty hard, and she comes across a certain way that feels very strong and very much like you can’t break through any of that wall,” Theron told EW. “But there are moments where you watch her — especially after [the events in Bombshell] take place — where you can see some of her vulnerability.”

Fans will get to see Theron's more vulnerable take on Kelly when Bombshell hits theaters Dec. 20.