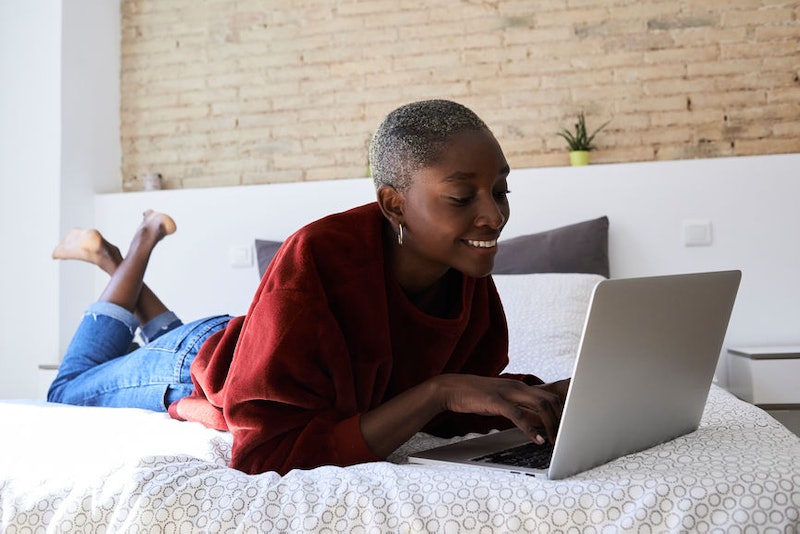 Every day there is different information on what's good for you and what's not. Whether it's the punchiest new super food or doctors changing their mind on how much coffee is "OK". And a lot of the reports out there are about tech and how it affects us day to day. Reports, ironically, we read while scrolling through our phones or while avoiding whatever other boring task needs doing. In the past, it has been said that checking your emails first thing is a bad idea, but a new report has now thrown that theory into question. And, when you hear why, it kind of makes sense.

Dorie Clark is the person behind the report, which was posted on Harvard Business Review. Clark is a marketing strategist and professional speaker who teaches at Duke University’s Fuqua School of Business. She has also written books Entrepreneurial You, Reinventing You and Stand Out. Basically, this woman knows her stuff when it comes to work-related decision making. So it's well worth listening to her advice. And, guys, it's compelling.

It turns out that this whole email thing all comes down to where your head is at during different parts of the day.

Clark acknowledges that a lot of people claim checking your inbox first thing is a bad idea. She writes:

"Legions of business publications have inveighed against the practice, and Oprah favorite Julie Morgenstern penned a popular productivity book called Never Check Email in the Morning."

According to research from 2015, workers check their emails a stonking 74 times a day. Which seems pretty mad considering that was four years ago, and it's almost definitely worse today.

Using self analysis, Clark figured out that the emails left ignored often seemed to be the most important ones:

"Believing in the gospel of 'doing the most important tasks first' and pushing email correspondence to the end of the day, I found that I consistently avoided answering certain messages because they required hard choices that my brain found taxing."

For Clark, this meant that the most important, or 'taxing', emails got pushed back and ignored, making the whole situation even more awkward and stressful. Does that sound familiar? Ditto.

Clark referred to research from Roy Baumeister which found that "one’s rational decision-making capacity is finite and declines throughout the day." Which, if you have ever had any kind of a job, you know is real. That mid-afternoon slump is not the time you want to be tackling heavy emails, and it gets harder as the day goes on. Clark writes:

"My new research-based innovation, then, is to always do email in the morning. Not necessarily every day, because there are certainly other priorities that need to be accomplished. But I realised that if I finally wanted to vanquish those messages straggling at the bottom of my inbox, what I needed most wasn’t simply time to respond; it was the willpower and discernment to make good judgments and respond accordingly."

Clark's self analysis fully backs up that niggling feeling we all have about sorting things out early on in the day, or the minute they cross our paths. We all know it's more efficient, so get to decision making earlier in the day. It will make life less stressful.