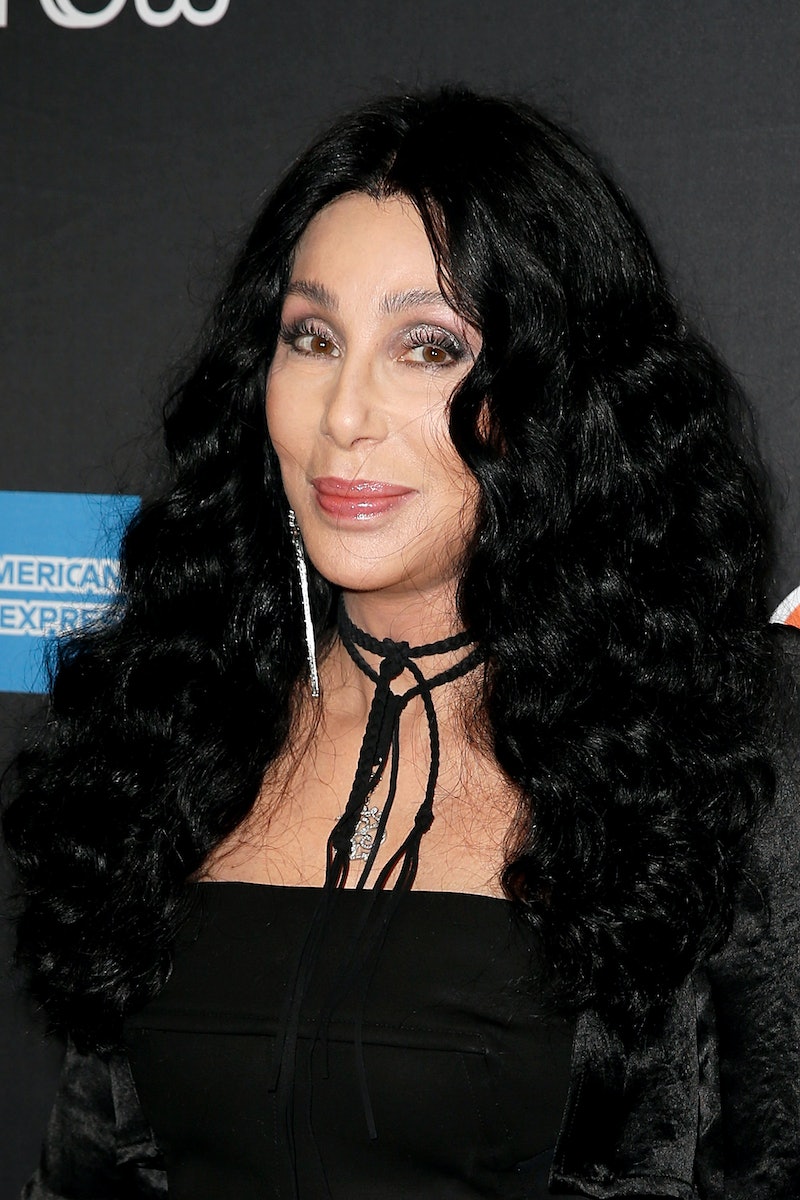 Despite the urging of her latest hit single, Taylor Swift can't calm down about a high-profile reaction to her new music video. Cher's response to "You Need to Calm Down," and its video shows that, like the rest of the world, she's paid attention to Swift's new song.

In the video, one of Cher's most legendary quotes is shown, framed as a brightly-hued watercolor. On Monday, June 17, the Mamma Mia! Here We Go Again star tweeted a screenshot of the image, which bears the message: "Mom, I am a rich man." Swift excitedly retweeted the pic and wrote, "When you have a song about being calm and the video has a Cher quote in it and she posts it so henceforth you are not able to be calm anymore."

Cher's original quote officially became a full-on mood in 1996 when, during a Dateline interview, she revealed, "My mom said to me, 'You know sweetheart, one day you should settle down and marry a rich man,' and I said, 'Mom, I am a rich man.'" (Yes, everyone else can go home.) The "Believe" singer explained the significance of the quote that same day, tweeting in her signature all-caps style:

"Mom Wanted Me 2 Calm Down,Stop Working Hard,& One Day,(4 Some UNKNOWN REASON)She Said,”You Should Settle Down & Marry a RICH MAN”.WITHOUT THINKING I SAID,”MOM,I AM A RICH MAN”. It’s Wasn’t About RICH or MAN, It Was About”EQUALITY. MANY MEN R AFRAID OF EQUALITY,ESPECIALLY GOP."

In Cher's now-infamous interview with Jane Pauley, the Oscar winner was asked about why she believed that "a man is not a necessity, a man is a luxury." Cher explained, "I think men are the coolest, but you don't really need them to live." Huh, it feels like Swift has expressed a similar sentiment in a song or two before. (Ahem, "I Knew You Were Trouble" and "We Are Never Ever Getting Back Together.")

Cher and Swift, in addition to being powerhouse pop stars, are both LGBTQ advocates, so it makes sense that homage would be paid from one songstress to the other. The entire video of "You Need to Calm Down," released June 17, celebrates inclusivity and Pride Month as a whole. Star-studded cameos in the video included Ellen DeGeneres, the cast of Queer Eye, and an unknown woman in a hamburger costume named...Katy Perry?

Amongst the candy-coated chaos, Swifties may not have caught the Cher-centered Easter egg on first watch. What they did catch? A call-to-action for donations. TMZ and E! News reported that after Swift fired off the lyrics, "Why are you mad when you could be GLAAD?" (the spelling of which was confirmed in the song's lyric video), an influx of donations to GLAAD rose overnight. Many of the contributions were even for $13, a nod to Swift's favorite number.

In Swift's new era of music, she's embracing self-love over everything else — and encouraging her fans to do the same. Cher is one of the best examples of someone who practices that very idea. So...is a duet too much to wish for?