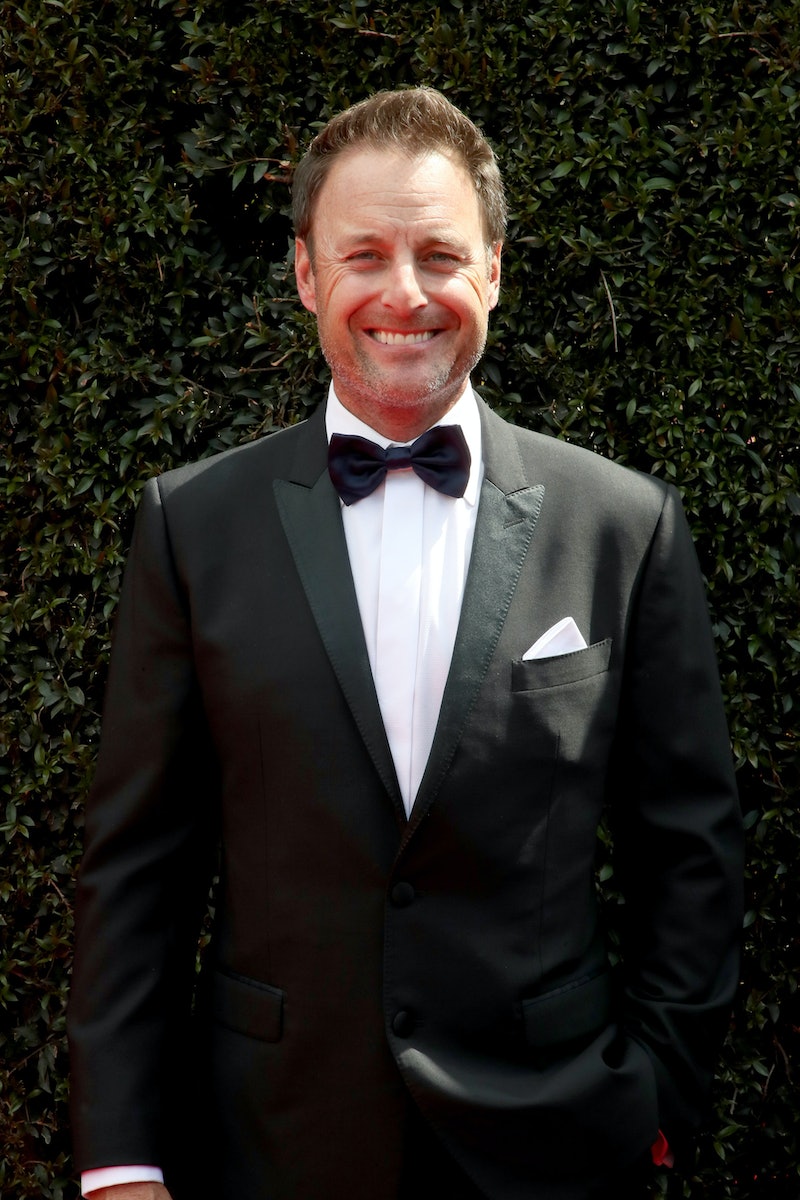 On Tuesday, Feb. 12, Entertainment Tonight announced that Bachelor host Chris Harrison is set to guest star on Single Parents – and his role is one that won't be hard for fans to recognize. Harrison, who has served as the official Bachelor Nation host for nearly 17 years, will play an exaggerated version of himself and will star as "a love guru, who, after several hundred years hosting The Bachelor, has a deep understanding of the human heart," according to ET. Judging from the description, it seems that 47-year-old TV personality will feel right at home in the new gig. The synopsis of Harrison's role, which was shared by ET additionally shares, "In a magical encounter at the Bachelor Mansion, Chris bestows his wisdom on a frustrated Poppy (Kimrie Lewis) and Angie (Leighton Meester), attempting to restore their faith in love and happy endings."

Although its unclear how big Harrison's role will be, Inquistr reveals that he will be on his own turf, filming his spot at the Bachelor mansion. Filming for the episode is set to take place sometime this week and will reportedly air in March of this year, according to Inquistr.

The TV host, who also leads ABC's Who Wants to Be a Millionaire, additionally joked about his upcoming Single Parents appearance on Twitter. Sharing a retweet of the TV show's announcement, Harrison commented, "So excited to be a part of this special episode... you guys know I can’t act right???"

Despite Harrison's lack of experience in the acting department, a tweet from Single Parents' official Twitter account explained that there's no one more qualified for the position. It shared, "When you're single on @ABCNetwork, there's one man we need to call. Excited to announce that @chrisbharrison himself will guest star on #SingleParents!"

Single Parents, which also stars former SNL star Taran Killam and Everybody Loves Raymond's Brad Garrett, has proved to be a success for ABC, receiving a full-season, 22-episode order after just three episodes of the series had aired, according to Inquistr. This past December, the show was also greenlit for an additional half-hour showing, bringing its inaugural season to 23 episodes in total, according to TV Line. It's immediately unclear if Harrison's appearance is the add-on episode, but his guest role is certainly a good sign for the freshman sitcom, which as yet to be renewed for a second season.

Harrison, Bachelor franchise staple, appears to have lots of great things on the horizon in both his career and personal life. The Texas-born entertainer, who has been a bachelor himself since splitting with his wife of 18 years in 2012, more recently found his own luck in the relationship department. He recently went public with his girlfriend, Lauren Zima on January 26 when he and the Entertainment Tonight correspondent attended a party hosted by Entertainment Weekly during this year's Screen Actors Guild Awards.

Although the acting thing may be something new for Harrison, there's no doubt that he will quickly find his comfort zone with his new role on Single Parents.