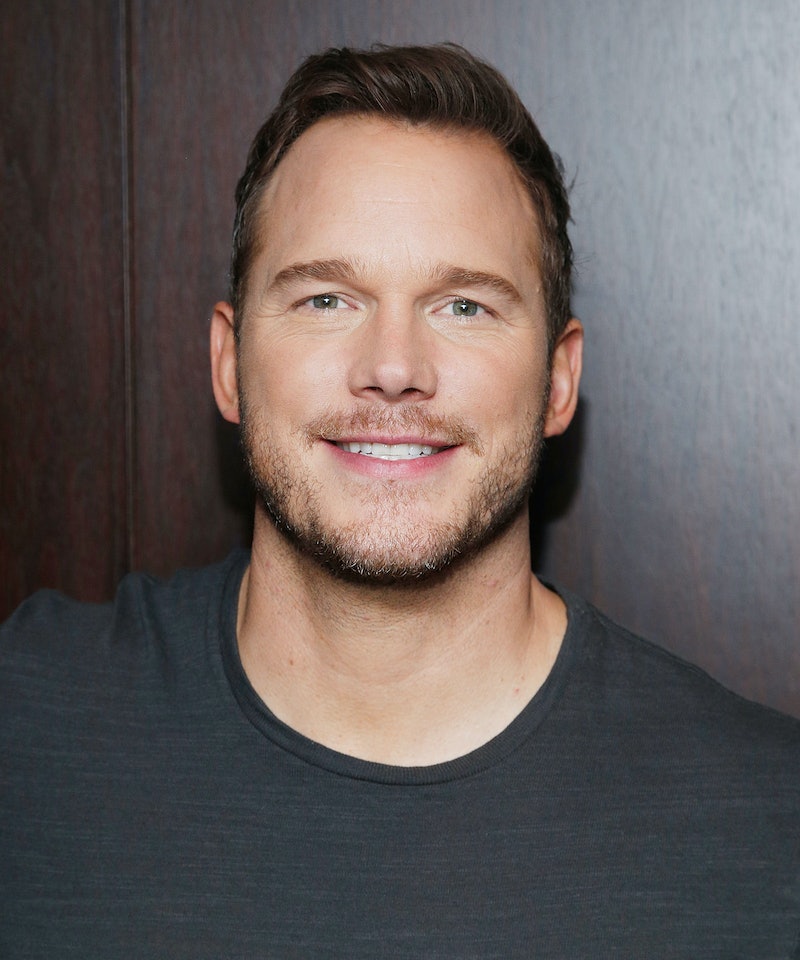 Are Spencer Pratt and Chris Pratt related? Sadly, they are not. However, the reality TV icon and the actor do have the same last name, which lends itself to some fun jokes and hilarious times. Case in point, Spencer Pratt shared a video with Chris Pratt at a "family outing" on Instagram on Saturday, Jan. 26.

Unfortunately, they were not at some epic Pratt family reunion. Instead, E! News confirmed that Spencer, his wife Heidi, and son Gunner ran into Chris at an MMA event in Inglewood, California. In the video, Chris joked, "So good when two cousins can just get out an enjoy life, you know what I mean?" This prompted Spencer to declare, "This is a family outing." Since they do share a last name, maybe Chris can make a cameo on The Hills: New Beginnings for another "family" event.

The Guardians of the Galaxy actor quipped, "I haven't seen my nephew, Gunner, since the birth, he's grown so big." And the faux nephew shared a photo from his own Instagram. Gunner, or whoever runs his account, posted a photo from the Pratt family outing with the caption, "Love my uncle."

In a 2017 interview with AskMen before Gunner was born, Spencer discussed his future child and "uncle" Chris was actually a major part of what he envisioned in a son. Spencer revealed, "Girl or boy, it would be off the hook. If it was a girl, we would have created a Ronda Rousey 2.0 but it’s a boy, so he’ll be the next Chris Pratt." Well, now Gunner has Chris as a faux uncle, which is just as cool.

In that same interview, Spencer discussed the possible names for his son. He declared, "I definitely want to be stunting on Gwyneth Paltrow — flashy, flashy name that isn’t even in a Google search." It seems like that criteria ruled out "Chris Pratt." That's a name that comes up in a lot of Google Searches.

The couple echoed similar sentiments in a 2017 interview with Refinery29. Heidi explained, "Baby names are really hard. We’re having a seriously challenging time. A lot of the names I like are taken. Spencer doesn’t want to have a duplicate name out there." But was the name "Chris" ever a consideration for the Pratts?

Surprisingly enough, it was. Spencer told Refinery 29, "That’s definitely on the list. But our Chris Pratt would take photos with his fans. He’ll be a very different Chris Pratt." This is actually very true. The 1-year-old has his own Instagram full of photos with famous fans, including Taylor Swift, Amber Rose, DJ Pauly D, and Nikki Bella.

That "no photos" comment was likely a reference to Chris' previous declaration that he would not take photos with fans. In 2017, he told Cigar Aficionado, "If I go out and want to do normal things, I have to be comfortable disappointing people. So I just don’t take pictures with people. Because that’s not about enjoying the moment; it’s about stealing the moment to brag about later."

More like this
Confusion Reigns After Kanye Changes His Instagram Profile Pic To Kris Jenner
By Jake Viswanath
The Try Guys Cheating Scandal, Explained
By Grace Wehniainen
Dixie D’Amelio & Noah Beck “Love Each Other” Despite Breakup Rumors
By Julia Emmanuele, Jordyn Tilchen and Grace Wehniainen
Nicola Coughlan’s Description Of Meeting Olivia Colman Is Just So Nicola Coughlan
By Sam Ramsden
Get Even More From Bustle — Sign Up For The Newsletter