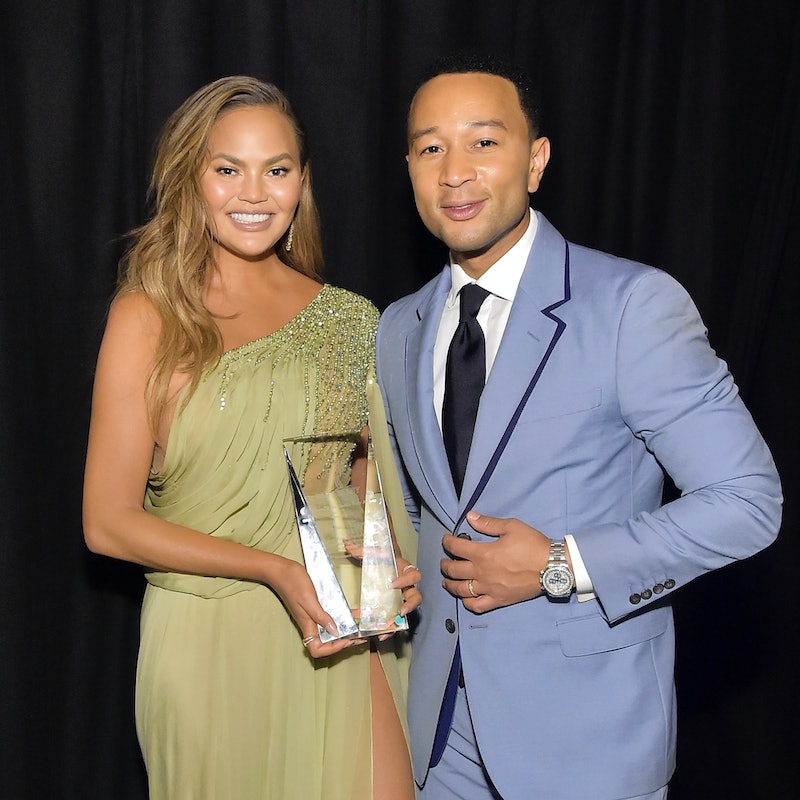 True to form, Teigen began teasing her husband immediately after People bestowed the coveted title upon Legend. Following the magazine's Nov. 12 announcement, Teigen changed her Twitter bio to read, "de-motivational speaker currently sleeping with people's sexiest man alive." The Cravings: Hungry For More cookbook co-author also gave a slightly more NSFW reaction to the news the same day, tweeting, "I have fulfilled my dream of having boned @people's sexiest man alive!!" In a follow-up tweet, she also added the hashtag "#EGOTPSMA," which references his Emmy, Grammy, Oscar, and Tony Award wins, in addition to the People's Sexiest Man Alive title.

This, of course, was only the beginning of Teigen's jokes. First, she tagged Legend (also referencing those Arthur comparisons) in a tweet, asking him to come home so she could make fun of him in person. "The kids...do not care," she also posted on Nov. 12, along with a video of the couple's 3-year-old daughter Luna and son Miles' unimpressed reactions to Legend's new title. "Luna, are you happy Daddy is the Sexiest Man Alive?" she asked her toddler, who gave a slight nod before quickly returning her attention to the TV.

The next day, Teigen also comedically tweeted that "the sexiest man alive just made me a ham sandwich." She even poked fun at a 1995 photo of Legend juxtaposed with a current snap of 2018's Sexiest Man Alive, Idris Elba.

Despite the ribbing, Teigen and Legend's relations seems to still be going strong. In celebration of his "Queen's" 34th birthday on Saturday, Nov. 30, Legend shared an Instagram photo of Teigen, writing, in part: "I love you more than ever and I'm so grateful for the life we've built together. Thank you for making every day so amazing."