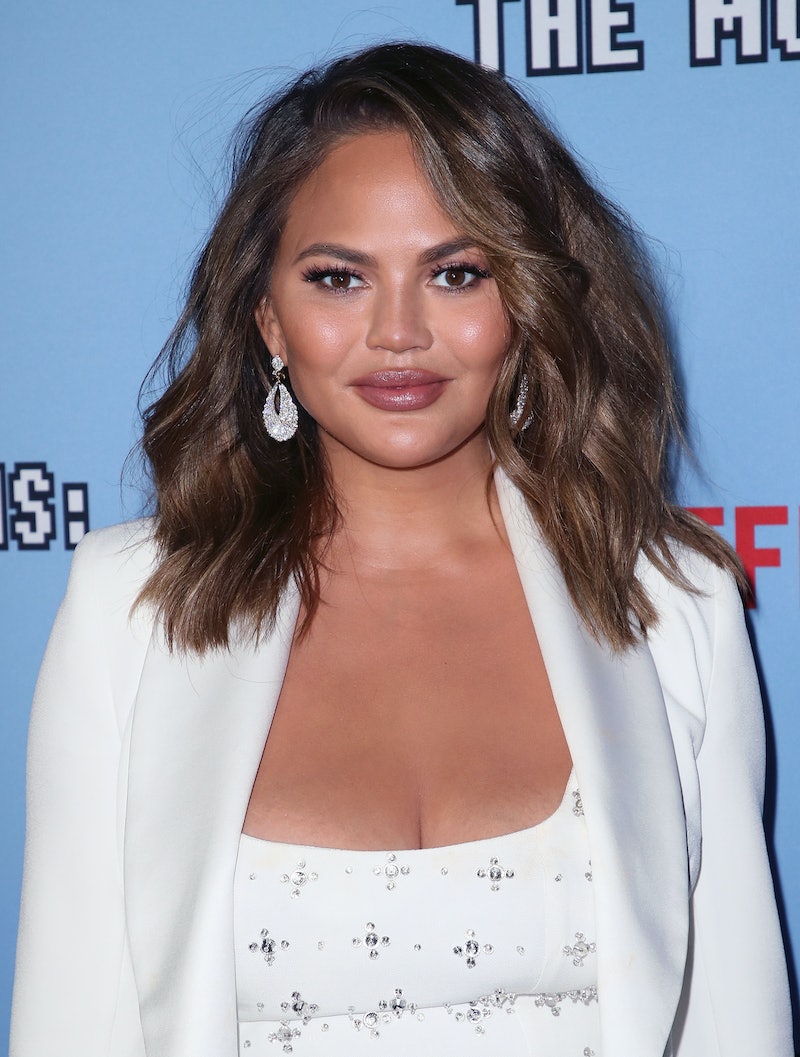 As reported by multiple outlets, Chrissy Teigen's parents are getting divorced. According to court documents obtained by Us Weekly, the cookbook author's dad Ronald Teigen reportedly filed for a dissolution of marriage in Los Angeles on Tuesday against his wife Vilailuck Teigen, also known as Pepper. (Bustle reached out to Chrissy's rep for comment, but did not receive an immediate response.)

It's unclear how long the couple was actually married for, but Ronald cited "irreconcilable differences" as the reason for their split, per Us Weekly. In addition to Chrissy, the pair also has a daughter named Tina, who Pepper had from a previous relationship before marrying Ronald.

Chrissy hasn't publicly commented on the divorce reports yet, but according to a tweet from journalist Karen Valby, who wrote Chrissy and John Legend's recent Vanity Fair cover story, the Lip Sync Battle star made light of her parents' split before the news broke, joking that she would now get to have "two Christmases." The reporter also described Ronald and Pepper's marriage as something that had long been "more of a friendship ... coming to an end."

Pepper and Ronald met in Korat, Thailand, according to Valby's Vanity Fair profile, which was published in late October. Pepper is often seen on Chrissy's social media, whereas her dad only pop ups from time to time. That doesn't mean they're not close, though; Ronald literally got a tattoo of Chrissy's face on his arm last December and she excitedly shared the news on Instagram.

In a January 2018 interview with Us Weekly, Chrissy explained that Pepper lives with her, John Legend, and their two children Luna and Miles, but her father lives only 10 minutes from them. "He comes by every day and they're married," Chrissy said at the time. "It just works for them. It’s a good family life. We’re all very close, very tight-knit." Last October, Chrissy opened up to People about her parents' marriage dynamic too, saying, "They’ve had this kind of relationship for a long time." While Ronald and Pepper's split may come as a surprise to fans, it sounds like the family clearly knows what works best for them.