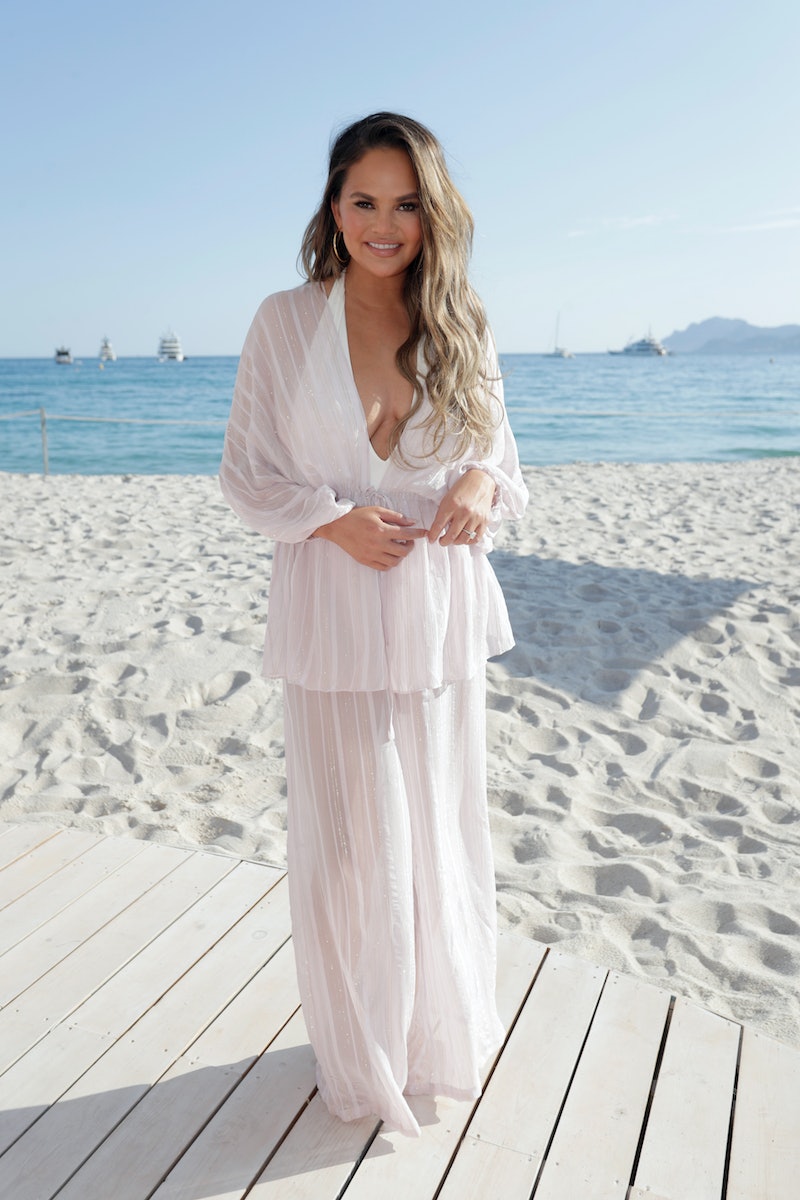 It's no secret that she's the mayor of Twitter, but even Chrissy Teigen admitted staying sane on social media can be difficult. That said, the Cravings: Hungry For More cookbook author recently offered her best tips on how to stay healthy and happy while using the social media platform. Teigen has some truly easy ways to balance your life and screen time so you don't became too stressed, especially nowadays when the world is filled with even more negativity.

After being asked by Harper's Bazaar about how she doesn't get burnout from the news and everything else that happens on the internet, Teigen replied, "It's important to find that balance. My kids now take away a lot of my time, so I'm able to give myself that break. But there are times where I cannot put my phone down."

The Bring the Funny judge also told the publication during their chat that was published on Aug. 15, "We don't get a break from news these days, but putting my phone down, going out and playing with my kids, and just trying to forget about things for a moment is really important." There's no doubt that phones, the internet, and social media can be all-consuming. It's important to unplug every now and again.

For Teigen, she has many tricks on how to take beneficial "mental breaks." First, she believes everyone should use the mute option on Twitter, which allows users to mute a person or a topic they don't want to read. "It's important to curate your own feed because what we're seeing is all up to us, right?" Teigen proposed. "It's who we follow and not something that you can get away from, really. For me, the second I hear certain [trigger] words, I just turn my brain off and I'm like, nope, I'm not finishing this video. I can't hear what he has to say anymore."

Regarding that last statement, it appears Teigen was referring to Donald Trump. She doesn't agree with his beliefs or views. She often tweets about him and isn't afraid to voice how much she opposes Trump. But, sometimes Teigen needs to mute politics and the frustrating issues of the world in order to take care of herself.

She told Harpers' Bazaar, "There are certain things that I’ve trained myself not to listen to anymore and it helps a lot. Stress is huge for people these days and it really is going to be such an illness — another thing we’re going to look back on." Teigen continued, "You have to take care of your own personal mental health. There's some days that you can take it and that's great, but on the days you can't, it's fine to just be offline. You don't have to always be on the grid."

Everyone really should listen to Teigen. It's OK to take a break from social media and your phone. Making sure you're not only more present in your own life, but that you're taking care of yourself in the process. Next time you find yourself stressed while scrolling, just say no to social media for that moment and do something that will make you feel better.