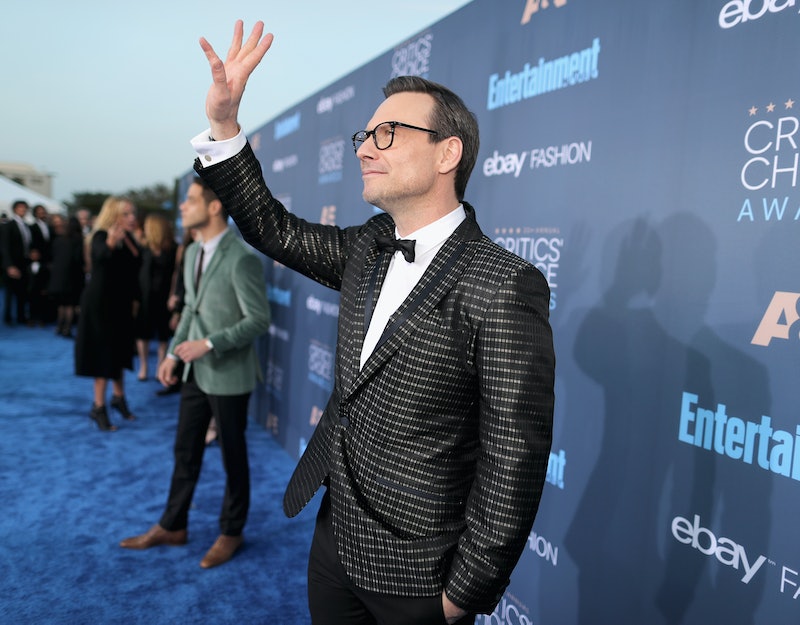 Mr. Robots: they’re just like us. On Tuesday’s episode of morning chat show LIVE with Kelly, guest co-host Christian Slater told Kelly Ripa he spent his Monday night doing what many of us did: Slater watched all three hours of The Bachelor. After Ripa said she doesn't follow the reality series, the Mr. Robot star was more than happy to tell her all about Vanessa Grimaldi, Raven Gates, Corinne Olympios, and, of course, Nick Viall. Later on, Ripa, saint that she is, asked Slater to write down his prediction for The Bachelor finale, put it in an envelope, and keep it sealed until Bachelor Nation finds out who Viall proposes to. Yep, Mr. Robot made a Bachelor prediction. My heart feels just like it did when a Vanderpump Rules clip showed up on an episode of Mr. Robot (i.e., it is so full).

I do not know what Slater scribbled onto that sheet of paper, but I 100 percent support his prediction. Why? Because it is Mr. Robot. I’m not about to go against Mr. Robot. (I mean, hi. Have you watched Mr. Robot? That guy is not to be crossed.) Cannot wait to hear Mr. Robot's prediction.

After talking to the audience about Viall’s season of the Bachelor, Slater brought up Bachelor in Paradise, the crown jewel of summer television. And this paved the way for what might be the greatest idea of all time: “They’ve got to make action figures for these guys.”

More like this
'Bachelorette' Vet Clare Crawley Revealed Her Stunning Wedding Photos
By Stephanie Topacio Long
Rachel Responded To 'Bachelor' Fan Theories About Her TikTok With Clayton
By Grace Wehniainen
Kaitlyn Bristowe Said Chris Harrison Ignored Her After Her 'Bachelorette' Hosting Gig
By Grace Wehniainen
Megan Mullally & Nick Offerman’s Relationship Includes Several Collaborations
By Caitlin Gallagher and Brad Witter
Get Even More From Bustle — Sign Up For The Newsletter
From hair trends to relationship advice, our daily newsletter has everything you need to sound like a person who’s on TikTok, even if you aren’t.