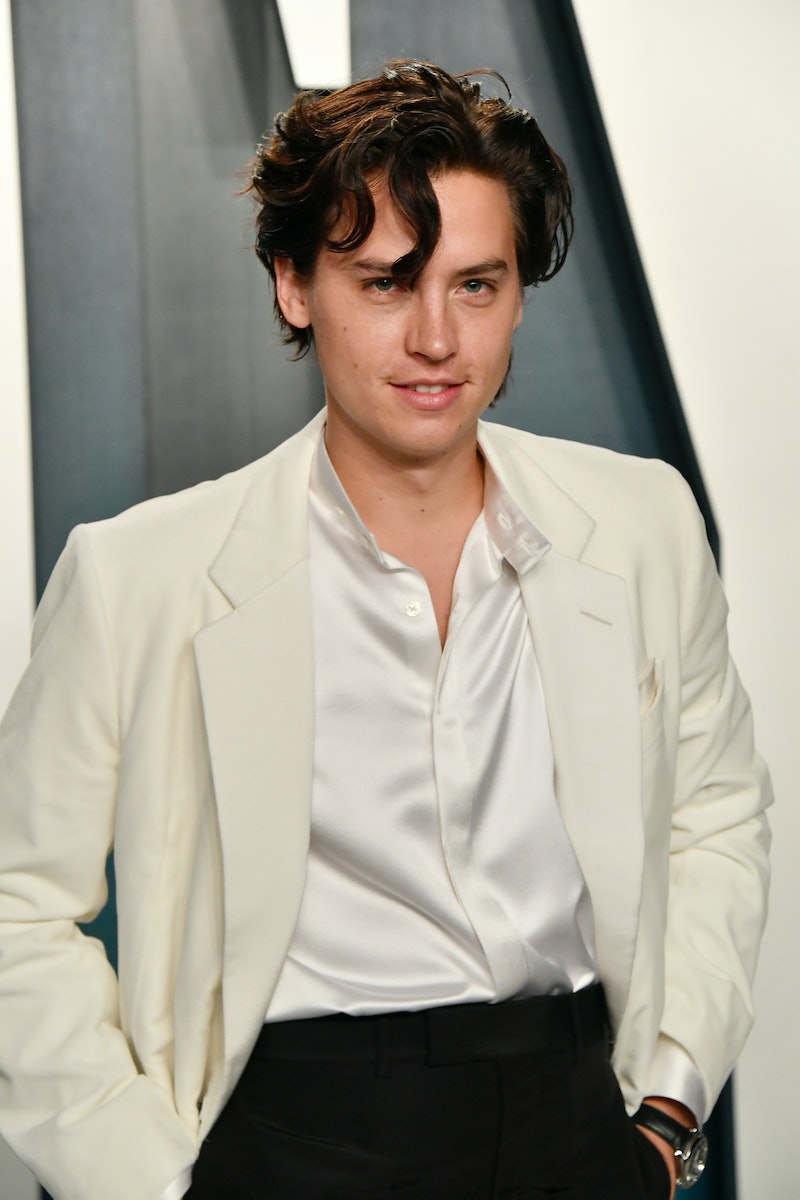 After allegations of wrongdoing against multiple members of the Riverdale cast went viral this weekend, Cole Sprouse denied allegations of sexual assault on Twitter, calling them an attempt to "baselessly cancel my cast mates and me." Fellow Riverdale stars Vanessa Morgan and Lili Reinhart, who were also accused of sexual assault via separate anonymous Twitter accounts that have since been deleted, retweeted his statement. KJ Apa, who was also accused of sexual assault in a series of anonymous tweets on Sunday, has yet to comment. Bustle reached out to reps for the actor, but did not receive an immediate response.

On Sunday, June 21, an anonymous Twitter account under the name Victoria — @Victori66680029 — accused Sprouse of sexual assault at an NYU party in 2013. The account user claimed that they met at the party and started flirting, and eventually he invited her to his room. "Once we got to his room he became aggressive and shoved me against the bed," the account claimed, "I pushed back against him but he didn't budge." Bustle reached out to Sprouse about this allegation, but did not receive an immediate response.

In a statement on Twitter, Sprouse firmly denied the allegations, saying that he "will be working with the right teams to get to the root of it." In a follow up tweet, he claimed that "the events detailed were factually untrue," and defended other cast mates accused of sexual assault.

According to Twitter screenshots, after the allegations against Sprouse, three separate anonymous Twitter accounts accused Reinhart, Morgan, and Apa of sexual assault. The since-deleted account @Tasha93948576, which posted allegations against Reinhart, later recanted, tweeting, "Do you see how easy it is to lie and you guys will believe it? Vanessa Morgan and KJ Apa didn't do jack sh*t. You will believe anything."

After Sprouse tweeted his denial, he was retweeted by Morgan and received support from his reported ex-girlfriend Reinhart and Madelaine Petsch. Both actors said that they hoped the tweets wouldn't stop survivors of sexual assault from coming forward. "I can't think of something more twisted than lying about sexual assault. It invalidates the men and women who are brave enough to come forward with the truth," Reinhart wrote. The actor also stated that she and her fellow cast mates were "looking into taking legal action."

Over the weekend, a handful of young stars were similarly accused of sexual assault, starting with Ansel Elgort on Friday, June 19. He denied allegations of assault, as did Justin Bieber. Bieber has also announced plans to take legal action.