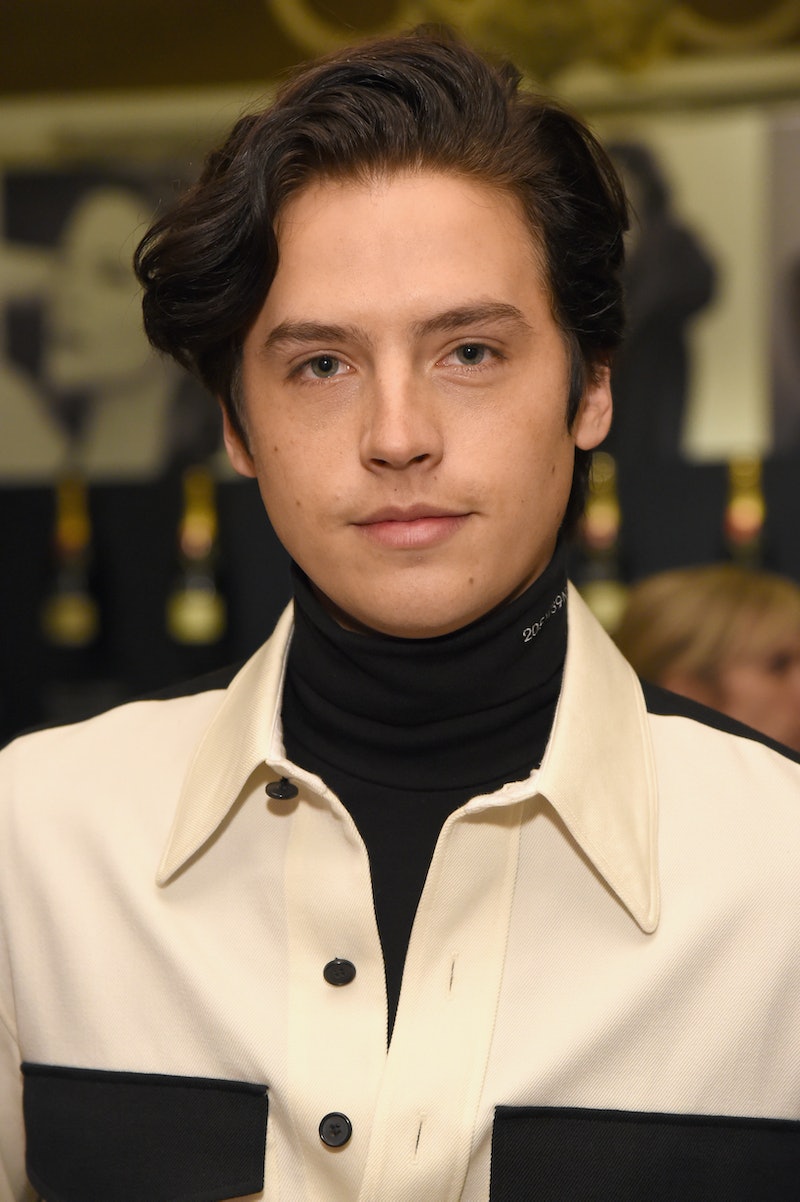 As the world is still reeling from Luke Perry's death earlier this week, his Riverdale castmates continue to share how much their friend and costar meant to them, and now, it's Cole Sprouse's turn. During an interview for his upcoming movie, Five Feet Apart, on Wednesday, Sprouse opened up about Perry, and although his words about the former 90210 star were short, they were also very sweet.

In the interview, Sprouse was asked how the Riverdale cast was doing after losing Perry. He said they were "recovering," but that during this difficult time, they've also been able to see how much Perry meant to so many people all over the world — and that they've been on the receiving end of a lot of love.

"We're recovering, yeah. It's obviously not the easiest thing to talk about, but he was well-loved, and there's been an outpouring of emotional support from people around the world, which just goes to show what a wonderful person he was and how much he impacted people's lives, and impacted our lives. But I know that his family has requested a sort of privacy during this period and I respect that quite a bit."

Last week, Sprouse shared a photo of him with Perry on Instagram after news broke that Perry had suffered a stroke, writing, "Love you bud," and many of the other members of the Riverdale cast have been outspoken about what the actor has meant to them.

On Monday, Lili Reinhart tweeted about Perry, writing, "I’m finding it hard to grasp that he will no longer be around to give long hugs and share his wisdom and kindness with all of us. I’m thinking of his family. His children. I pray for them to heal and find peace in this devastating loss."

Riverdale originally shut down production this week following Perry's passing. At the time, The CW along with the show's executive producers released the following statement:

"A beloved member of the Riverdale, Warner Bros. and CW family, Luke was everything you would hope he would be: an incredibly caring, consummate professional with a giant heart, and a true friend to all. A father figure and mentor to the show’s young cast, Luke was incredibly generous, and he infused the set with love and kindness. Our thoughts are with Luke’s family during this most difficult time.”

Production on Riverdale resumed on Wednesday, and showrunner Roberto Aguirre-Sacasa tweeted out a photo of the cast from early in the show's run, featuring Perry, and revealed that every episode for the rest of the season would be dedicated to him. Aguirre-Sacasa wrote:

"Going through pictures on my way to set. From the early days. With Luke in the middle. Our heart, always. Tonight’s episode of #Riverdale finds Fred doing what he does best — helping Archie. It is dedicated to Luke, as all episodes will be for the rest of our run."

A title card at the end of Wednesday's episode paid tribute to Perry, but so far, that seems to be just one of the ways his fans and costars will remember him.

It's still hard to believe that Perry is gone, but he will clearly live on through his fans' and loved ones' memories — especially as they continue to share their love for him like this.