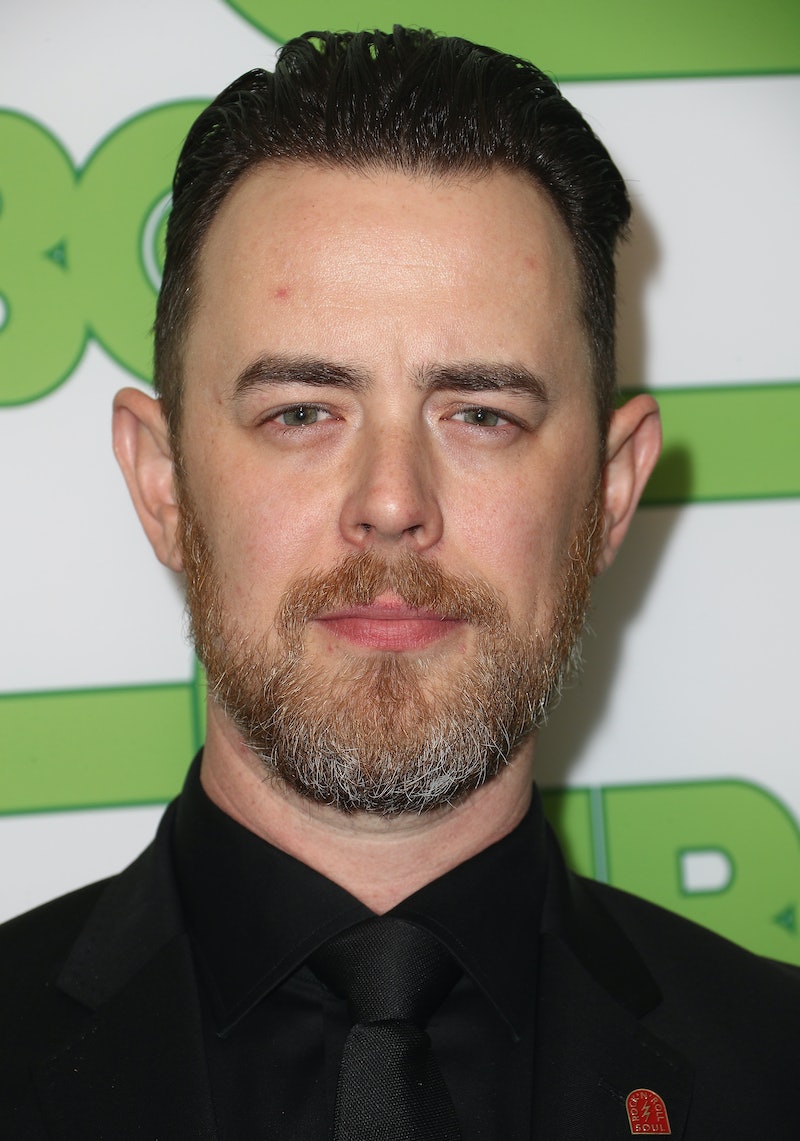 Since the sad news of Luke Perry's passing broke on Monday afternoon, so many of his friends and fellow actors have come forward to share their favorite stories and memories of the time they spent with him, but one story in particular has resonated with a lot of people. In an Instagram post on Monday night, Colin Hanks shared a story of when he met Perry on a plane, and not only was it a very sweet memory, but it really seems to have been something that stuck with Hanks since.

In the post, Hanks shared a photo of Perry, along with the details of the one and only time they ever crossed paths, which just so happened to be on a plane. At the time, Hanks and his wife, Samantha Bryant, were headed back from a trip to Mexico when there were kids being noisy, and as everyone knows, noisy kids on a plane can often make for pretty cranky passengers. Hanks wrote:

"I only met him once but the story is too good not tell given todays sad events. My wife and I are on a plane back from Mexico. Couple of rows ahead of us, these two brothers, young kids, are beating the hell out of each other. Their poor parents are powerless to stop the crying, yelling and screaming. If you're a parent you understand. Sometimes there's nothing you can do. It was like this for close to two hours. Then about 10 minutes before landing it starts to get real bad."

But that's when Perry showed up to save the day — even though, at the time, Hanks didn't realize it was the Riverdale star. He continued:

"Out of no where, a man comes from first class. Hat, beard, sunglasses, blowing up a balloon. He ties it off, hands it off like he's holding out a sword to a king. Kneeling, Head down, arms up. Kids calm down in milliseconds. Plane damn near bursts into applause. 15 minutes longer and it probably would have started WWIII, but we landed before that could happen."

Then, when Hanks went to thank the mysterious man who saved the day, he realized that it was actually Perry who distracted the kids with the balloon. And not only did he get the chance to meet Perry, but Perry also had a compliment ready for Hanks as well. He wrote:

"We get off the plane, are waiting on line in customs. Finally get a good look at the guy and I say to my wife "Holy shit. I think that balloon man/hero" is Luke Perry". As luck would have it we end up standing next to each other. Out of the blue he turns to me and says some kind words about Fargo, which kinda blew my mind. I start singing his praises about how long I've admired him and also about the move with the balloon. "That's a pro move! You can't teach that!" I say. He tells me he always flies with a couple of balloons for that very reason, to give to screaming kids. Don't know if that's true, but have no reason to believe it wasn't. Guy seemed like a true gent. Gone way too damn soon. Also, I'll be damned if I don't start traveling with some spare balloons."

It's true that the person who can calm down children who are crying on a plane is viewed as a hero, but it sounds like Perry went above and beyond in this instance — and that he really left a huge impression on Hanks in the process. And judging by the way celebrities have reacted to Perry's death since the news broke on Monday, it looks like Hanks is hardly the only one who has a lasting memory of the actor like this one.

It's hard to believe that Perry is gone, but he is definitely not forgotten — and memories like the one that Hanks has will be around for a long time to come.