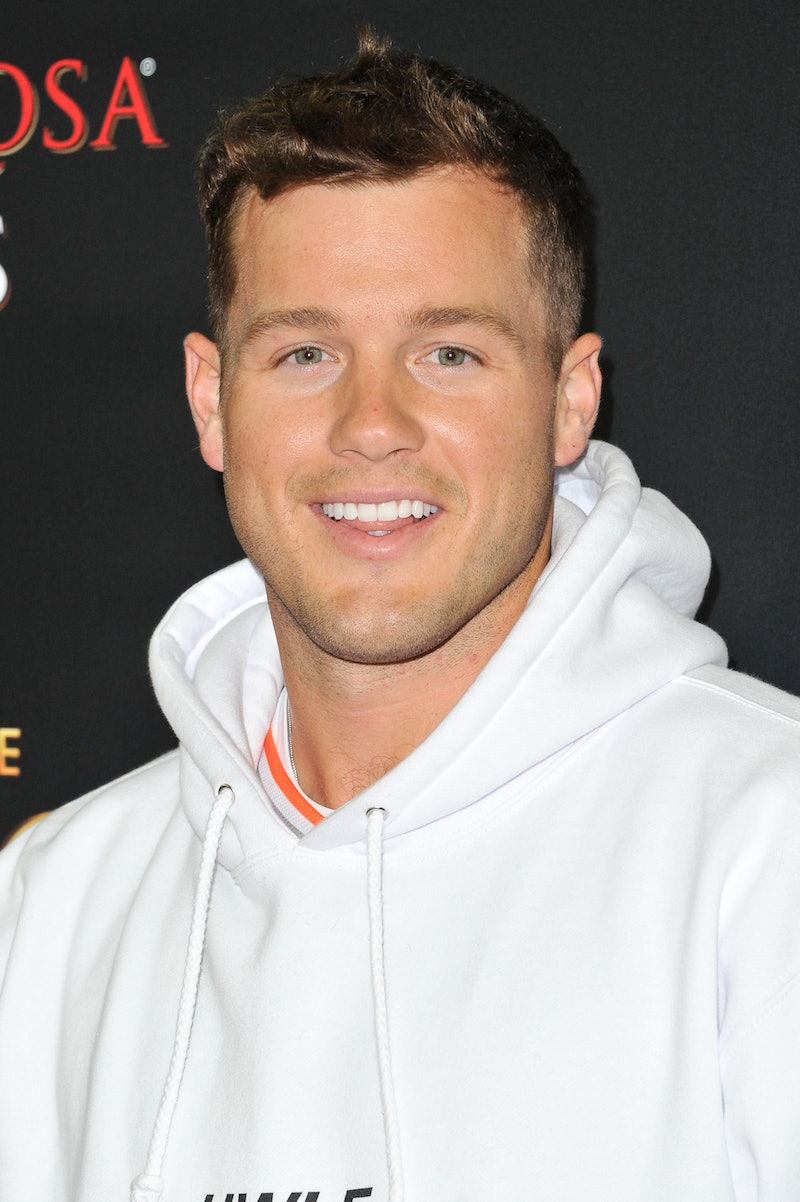 Hannah is one day away from handing out her final rose, so now it's time to turn our attention to what's next. No, not the salty, sweaty season of Bachelor In Paradise premiering next week, but the show that started it all: The Bachelor. January 2020 is not that far away, folks, and with the beginning of the year comes an all new season of women vying for the heart of the same man. But who will that man be? According to Colton Underwood, Peter should be the next Bachelor.

Of course, you don't need the endorsement of previous Bachelors and Bachelorettes to be considered for the position, but it certainly doesn't hurt. Being well-liked by both fans and other people in the franchise means people will want to, you know, actually watch your season, which is The Bachelor's bottom line at the end of the day. That said, Colton really, really wants everyone to know that he thinks Pilot Peter, who Hannah literally just sent home, should be the one to succeed his previous role. He posted a picture of himself wearing pilot's wings with the caption, "I hear pilots make good bachelors" less than an hour after Peter's exit aired. Clearly, he's been waiting for this moment.

Colton is totally entitled to his (wrong) opinion, but do we really want to trust a man whose season uh, didn't exactly go smoothly? It wasn't as bad as, say, Arie’s season of The Bachelor, but Colton jumped over a fence, sent everyone home, and ended up chasing after a girl who'd already eliminated herself. Is he the most trusted member of Bachelor Nation to help pick the next Bachelor? The person we're probably looking for is Ben Higgins, who is a little bland, but at least everyone likes him.

Competition for The Bachelor's starring role is already stiff, but host Chris Harrison recently told Entertainment Tonight that viewers won’t be finding out much about the Bachelor until after Bachelor In Paradise. "It would be premature to make the call now... It wouldn't be smart at all… there's guys you haven't seen yet," he said. A lot can happen in Paradise — Colton and Nick Viall were both plucked from Bachelor In Paradise to the Bachelor big-time.

Yes, Peter is one of the top contenders for the Bachelor role, but so is Mike Johnson, who went home earlier in Hannah’s season of The Bachelorette but really struck a chord with audiences. Of Mike, Chris Harrison told The Hollywood Reporter, "I love him. The smile, the charm, the sincerity, the maturity. He's a great man and I feel like he's a dear friend of mine already, so he's a great candidate and he’s definitely going to be in the mix."

If there's anyone to trust, it's Chris Harrison. He's seen more Bachelor seasons than anyone else, so he seems like a good judge for who would make a good lead. Hopefully for those rooting for Tyler C. or Mike, Colton has this one wrong. But alas, we'll have to wait until after Paradise to find out for sure.