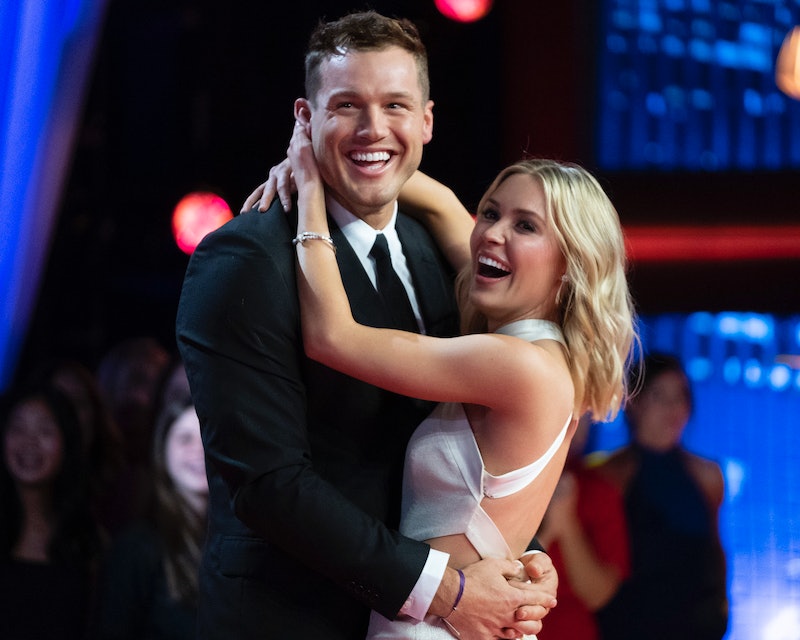 As Bachelor Nation waits with anticipation to see which lucky lady will capture "Pilot Pete's" heart, a former Bachelor wants to offer up one important piece of advice ahead of the new season. During a recent conversation with Cosmopolitan, Colton Underwood offered advice to new Bachelor Peter Weber. And it's all about following your heart in the middle of a pressure-filled situation.

Most seasons of the Bachelor franchise end with a proposal, but Colton chose to leave the show in order to date Cassie Randolph offscreen rather than get engaged to one of his remaining suitors. And he wants Peter to remember that he doesn't have to follow the show's traditions when it's his turn. "My season specifically exemplified that there’s an expectation to get engaged. But my only advice is just, like, it’s your life at the end of it," Colton told Cosmopolitan. "They have another Bachelor. They have another Bachelorette. So you really need to keep in mind to do what’s best for you and what’s best for your relationship, because it’s your real life."

The former NFL player also noted that being on The Bachelor is vastly different than real life, and that it's very easy to be swept up in the adventure and romance of the show and lose touch with what you really want from a relationship. "It’s just my advice to him to just stay true to himself, trust his gut, and do what he needs to do for him," he added.

Whether or not Peter does pop the question at the end of his season, the pilot has stated that he's hoping that following his heart will lead him to true love as the new Bachelor. "My entire life, I have looked forward to finding my girl and the person I want to spend the rest of my life with," Peter said on the Bachelor in Paradise finale special, after being announced as the new Bachelor. "I have all the faith in the world that this can work for me, and I know it's going to."

Reflecting on his own journey on The Bachelorette, Peter said he was inspired by seeing ex Hannah Brown be her true self on the show, despite all of the attention and cameras. "From night one, with that first toast, to the very end when I said goodbye to her, she was 100 percent, unapologetically herself, and I loved that," he said. "That's something that I want to carry forward with my journey now. That's what it takes to truly find your person in this process."

Regardless of whether or not his time as the Bachelor ends with a proposal, it's clear that Peter will have matters of the heart at the forefront of his mind during the upcoming season — and, as Bachelor Nation has learned from the past two installments, that's really all that matters.