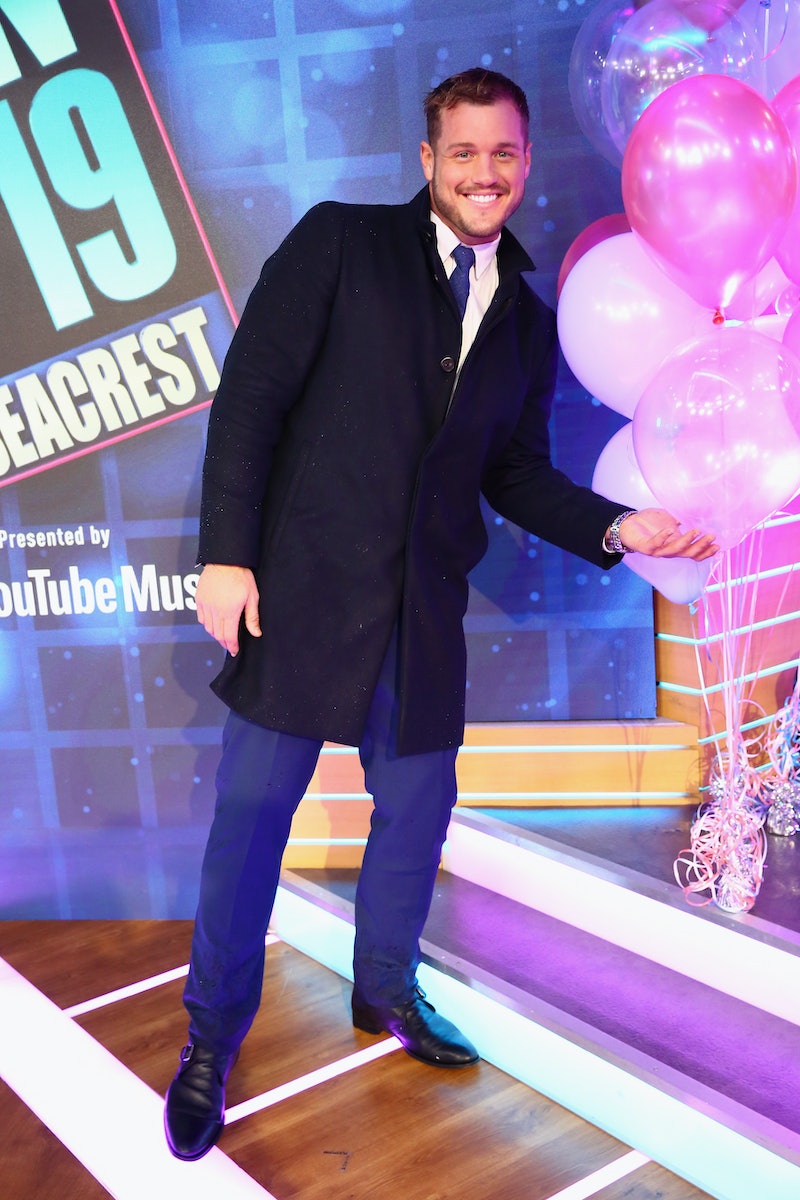 He’s a Baaaaaaaachelor 4 u. Get it, get it? Get it, get it? Huh, huh, huh, huh? After the Monday, Feb. 4 episode of The Bachelor, Colton Underwood’s Britney Spears impression is one of the two show moments I can't stop talking about. (The other moment being when Kirpa Sudick, still wearing that conspicuous bandage on her chin, flossed Colton’s teeth in the middle of the cocktail hour like it was a totally casual thing to do in the middle of a cocktail party. But I digress.)

At one point during this week’s group date in the jungle, the star of The Bachelor Season 23 faced one of his biggest fears when he was handed an enormous snake. And on the flip side, the snake faced one of its biggest fears when it peed on Colt— I'm kidding, I'm kidding. The snake did try to pee on Sir Underwood, but it did not seem the least bit scared when it drained the, uh, snake. It was a cool, calm, and collected serpent that simply did not get a chance to use the bathroom before the ABC camera crew arrived. Happens to the best of us.

Anyway, for, like, all of one second, Colton carried a giant snake on his shoulders and it was great. And as is wont to happen whenever anyone holds a giant snake on television, this scene reminded some viewers of Spears’s performance at the 2001 MTV Video Music Awards. You know the one where she performed “I’m A Slave 4 U" and she danced all over the stage with a python she called Banana draped over her shoulders? Maybe you’ve heard of it?

And what do you know? Colton is all for being compared to the living pop music legend and inventor of carrying enormous snakes (it's just one of the many things she's invented over the course of her illustrious career), because duh. On Tuesday, the former football player shared a screengrab from last night’s episode along with a screengrab from Spears’s performance of “I’m A Slave 4 U.” “Nailed it,” he wrote.

Oh, and he apparently forgot about that one time he held a snake? Well, thank goodness the scene made it into Monday's episode. It really would be a shame if Colton were never reminded of this very Britney moment.

Fans wished Colton and the snake would do part of the "I'm A Slave 4 U" dance together, but alas, they did not give us a stitch of Godney Jean choreo. However, Colton sure made up for it with some panicked scampers.

Oh, Bachelor, don't you want to dance up on a snake? To another time and pla-hiss?

Wait a second. Wait a second. What if — stay with me — the fence jump is another accidental homage to Britney Jean Spears? What if Colton — seriously, don't go anywhere just yet — was inspired by that part at the end of the "Till the World Ends" music video where Spears hoists herself out of a sewer? Hm, you never know. See the predictions, we ain't stoppin', keep on guessin' till the season ends.