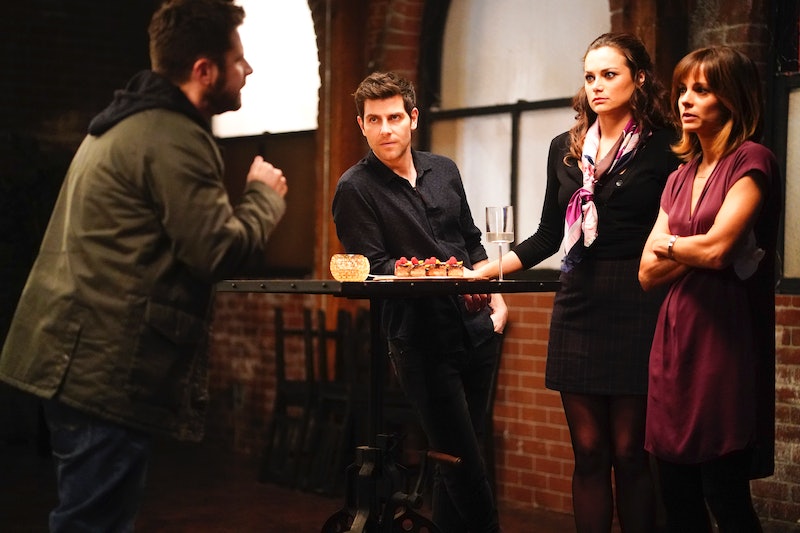 Turns out that the reason behind Jon’s suicide on A Million Little Things is just the tip of the iceberg when it comes to his many secrets. On the winter finale of A Million Little Things, viewers were left with not many answers just some more questions — why are Delilah and the family losing the house? Why does Jon owe $18 million to… someone? Did we know that Jon was despicable enough to be hooking up with Ashley, his secretary? And how does Barbara Morgan play into all of this? Constance Zimmer’s A Million Little Things character, presumably, seems to feature prominently in the back half of Season 1.

In a promotional video for the rest of the season (which has been a very complicated freshman season for a show, let me just say that), A Million Little Things hint that viewers will get some more answers. Jon says that he’s “not the man” that everyone thinks he is, which is obviously true. He owes a lot of money and he’s cheating on his wife, and all of his friends think that he’s a king among men. Joke’s on them!

Especially because, despite Ashley’s begging someone named Donny, Delilah and the kids have three weeks to vacate the premises. Ouch. Also in the promo video, though, Zimmer’s Barbara Morgan addresses Delilah, and Delilah doesn’t seem to know who she is.

According to Entertainment Weekly, Zimmer plays "someone from the group's... past." We don’t have 100 percent confirmation that she is Barbara Morgan, but given that Zimmer is a big name and Morgan is a mystery, it’s probably safe to assume this casting. Oh, and this Barbara Morgan is also a beneficiary on some of Jon’s insurance, so the whole thing about her knowing the group in the past makes total sense. She may be the center piece in a puzzle that A Million Little Things has yet to let us solve. One thing is for sure, though — Barbara does not like Ashley, because in the video, she can be seen dismissing Ashley when approached by Jon’s former assistant. “We need to talk,” Ashley says. “No, Ashley, we don’t,” says Barbara. Ooh, did you feel that chill? I sure did!

No matter who Barbara is or how she was involved with Jon, she definitely holds the answers to a lot of questions. In the winter finale, Ashley made it seem like Jon had a reason for his suicide, and she seemed like she wanted to tell Gary why Jon killed himself. Ashley has been keeping as many secrets as Jon, including withholding his suicide note from his widow.

Now that we know that Ashley and Jon were romantically involved, her keeping mum about Jon's death could be simply because she wanted to protect herself. Maybe Barbara knew that Jon was cheating on his wife. Maybe Barbara knew that Jon owed a lot of money and was about to ruin his family. She knows something on A Million Little Things, and fans will have to wait until January 17 (when the show moves to Thursdays!) to find out.