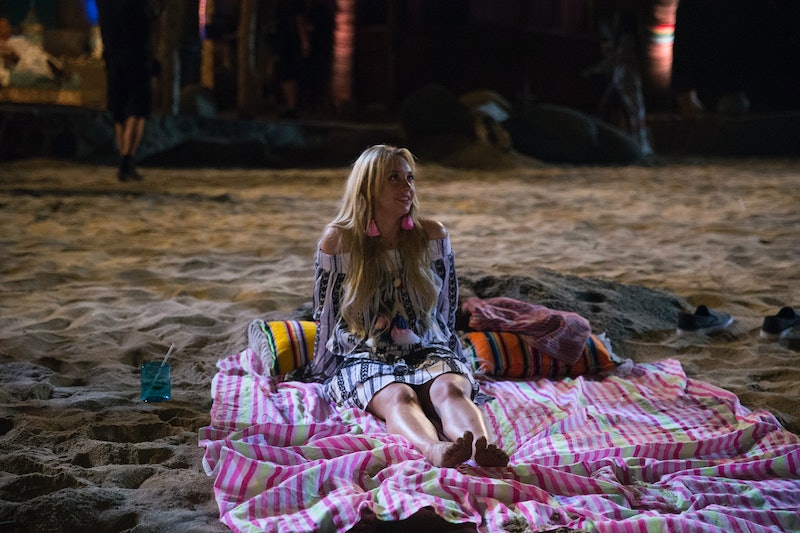 As Bachelor in Paradise Season 4 airs, the producers have given the parties involved opportunities to share their experiences. Most recently, Corinne Olympios explained the Bachelor In Paradise complaint that shut down production on the season, and why it was filed, during an interview with Entertainment Tonight published on Aug. 31. Stating that she and the Paradise producer who filed the complaint were still friends, Olympios went on to say that, despite how disruptive as the complaint was to her life, she understands why it was filed.

"After the fact, I guess I was expressing that I didn’t even remember talking to DeMario," she said. "And that’s when they were like, 'OK, we gotta do something about this.'" It sounds like she realizes that she used some language that required production to leap into action. There are some situations that need to be investigated to the fullest no matter what, and issues where consent is in question top the list. That doesn't mean, however, that the 24-year old was completely thrilled with the way things went down.

During the filming of Bachelor in Paradise, a producer raised concerns about alleged sexual misconduct between DeMario and Corinne. Production was temporarily suspended while the network investigated the incident. Warner Bros. found no evidence of misconduct and resumed filming Season 4 without DeMario and Corinne. DeMario repeatedly denied the claims, and Olympios' lawyers conducted their own investigation, which also found no evidence of misconduct. Olympios released a statement saying she was satisfied with the outcome.

But even if it hadn't been her friend who had filed the complaint, Olympios continued, "I would hope that any of [the producers] would have stepped up with anything they were uncomfortable with, about anyone. It was just, like, sad [to not remember the situation]. You feel a little helpless."

From Olympios' account, it sounds like a perfect storm of intoxicants that led to a total loss of control on all fronts:

"It was three different kinds of alcohol in less than an hour [and] so much going on... [which] unfortunately caused me to have a severe blackout. I don’t remember anything from that day. I was told that I didn’t realize that I had spoken to [Jackson] earlier in the day."

The fact that Jackson and Olympios are not only moving on with their lives, but discussing what went down and getting the opportunity to control the narrative their way, is all we can ask at this point.