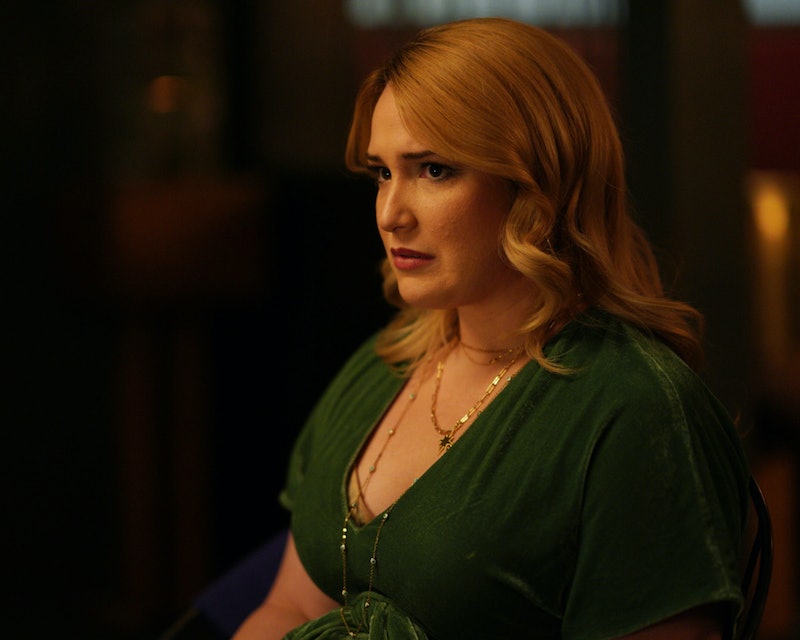 Mother and daughter television relationships are frequently shown in one of two ways. Take Gilmore Girls, for example. Mom and daughter are either BFFs, like Rory or Lorelai, or always at odds, like Lorelai and Emily. There’s not often a lot of middle ground. Luckily, on Good Trouble, Davia’s relationship with her mom is messy and complex and to be quite honest — might remind you of your own nuanced feelings when it comes to your parents.

Davia is not a size two and it's not an issue for her her. In fact, she’s a body positivity influencer on Instagram, which is something that her mother doesn’t get. Her mother is the kind of woman who says that Davia's life would change dramatically (read: she would make more money and get a husband) if she could only “lose 30 pounds.” Davia has spent all of her life fending off her mother’s obsession with outward appearance, but it’s only when her mother comes to visit Los Angeles again (she’s getting more plastic surgery; this time, an eye lift) that Davia really breaks down. Dennis doesn’t help, for sure.

Davia’s mom’s constant needling would get to any person, because it’s hard to be told, over and over again, that you’re not good enough. It’s obvious that Davia’s mom thinks she’s helping, because Davia’s mom is single and alone and she wants to make sure that Davia gets married and has a man to take care of her. Because having a man equals success in her mind.

It’s misguided, but it is ostensibly out of love for her daughter. In any case, Davia has split herself into two pieces — she is quiet and wards off talk of body and weight as best she can when she’s with her mother. She doesn’t even eat, lest she be subjected to comments from her mom about how many calories whatever she's putting into her mouth contains. Without her mother (and especially with Dennis), Davia is her true brash, proud, loud, sweet potato fry-loving self. (Same.) When Dennis interferes and tries to force Davia to be both people in front of her mother, she breaks down. She can’t reconcile her true self with the self her mom knows and needles.

But even as Dennis encourages Davia to stand up for herself, she can’t. She thinks it would hurt her mother and Davia feels protective of her, which is common when it comes to toxic familial relationships.

Dennis doesn’t get it because it’s not something for Dennis to get. He doesn’t understand the subtle negotiations that can exist between these two people. Davia breaks down because she’s not used to dealing with the mom emotions she’s forced down over the years. But if she wants a healthy relationship with her mother and, heck, with the outside world, she will have to come to terms with those feelings. And probably get a little bit of therapy along the way. It’s easier said than done, but it’s a necessary step on the way to actual healing.