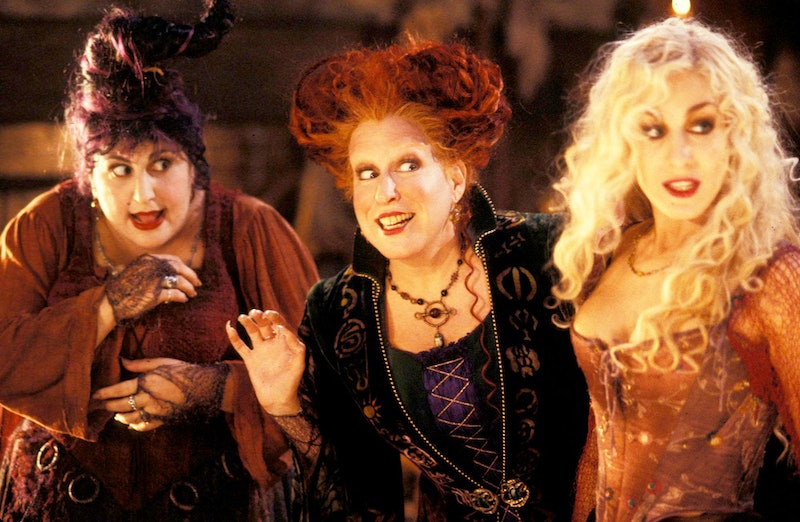 The Hocus Pocus sequel is one step closer to putting its spell on you. Having already helmed favorites such as The Wedding Planner, Hairspray, and A Walk to Remember, Adam Shankman will direct Disney+'s Hocus Pocus 2, Variety reported via sources on Wednesday, March 4. As announced in Oct. 2019, the long-awaited followup to Disney's classic 1993 Halloween movie, which starred Bette Midler, Sarah Jessica Parker, and Kathy Najimy as the bewitching Sanderson sisters, will be written by Workaholics scribe Jen D’Angelo. The studio has also tapped Lynn Harris to produce.

Variety noted that Shankman is currently in pre-production on Disney's Enchanted sequel, titled Disenchanted, but the company has yet to decide which film he will make first. Also per the publication's insiders, none of the original Hocus Pocus cast has signed on to the sequel, but Disney remains hopeful that the Midler, Parker, and Najimy will reprise their roles in some capacity.

Back in October, sources claimed to Collider that D’Angelo had already been tasked with finding a way to bring back the OG trio of witches. Because the project was still in early development (and Disney+ hadn't yet launched, at the time), there was no word, however, on whether they would be main characters or pass their broomsticks on to a new generation. Other cast members from the 1993 version who could also return for the sequel include: Thora Birch (Dani), Omri Katz (Max), Vinessa Shaw (Allison), and Sean Murray (Thackery Binx).

It seems that the women might already be game, too. After news of the reported Disney+ reboot broke last year, Midler revealed to Entertainment Tonight that she and her costars talk about their hopes for a sequel whenever they see each other. "We wanna fly again. I hope Disney+ is a big success and I hope we get to do it, because [Winnie] is, of course, one of my favorite characters," she told ET in Oct. 2019. "I can't wait to read the script. We're gonna see what happens."

The same day, Najimy also discussed the possibility of her reprising her role as Mary Sanderson with the outlet. "Here's the honest answer: Sarah and Bette and I all have a million projects and things that we're into, so I don't know if they're gonna offer us [parts]," she admitted at the time. "I don't know if the worlds are going to collide so that we could all three do it at the same time." Should they not all be available, however, the actor did say that she's thinks it would be "really fun" to do a cameo.

For her part, Parker gave fans a true Halloween treat last year, posting on Instagram that she and her costars have "all said yes" to a sequel. "Now we wait," she wrote in response to a fan question about the likelihood for a second movie. Between the women's apparent interest and Shankman having reportedly signed on to Hocus Pocus 2, it seems the Sanderson sisters could very well be returning to run amok in Salem once again.