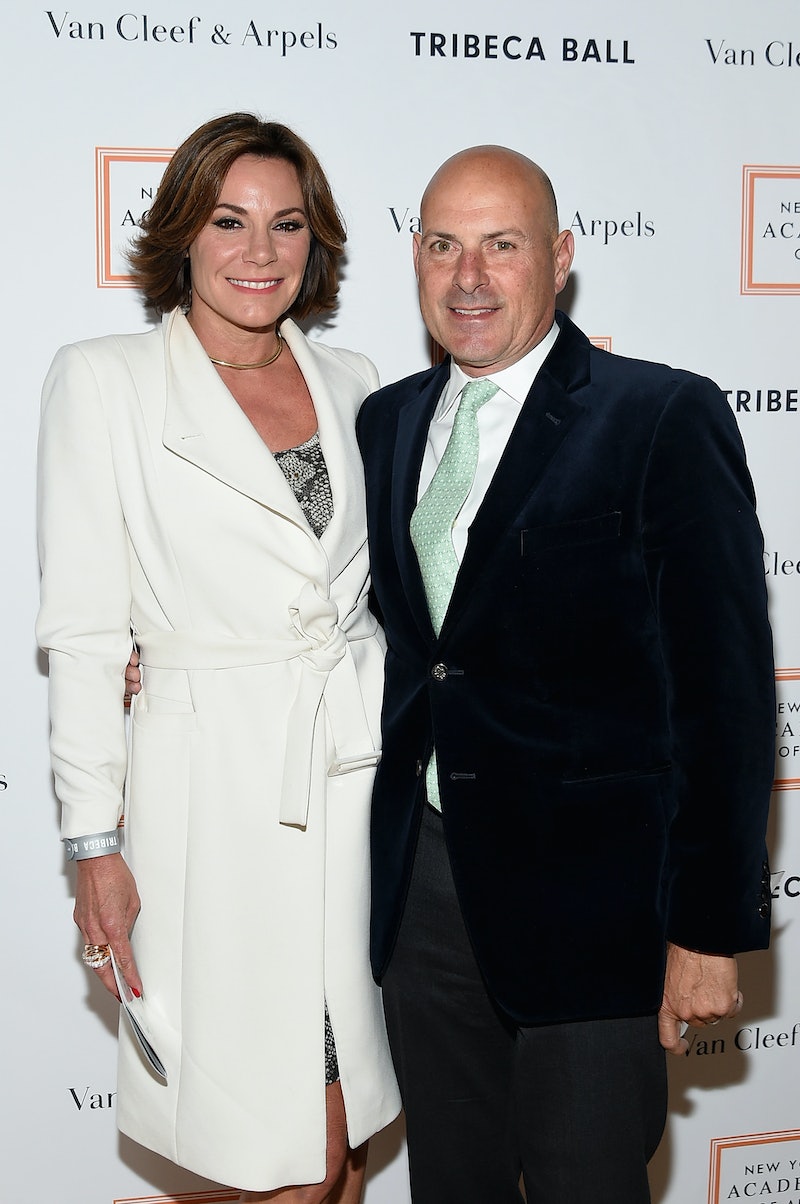 Luann and Tom D'Agostino are heading for divorce after just seven months of marriage. The Real Housewives of New York City confirmed the sad news on Twitter on Thursday, and the announcement has many fans wondering if Luann and Tom have a prenup. Before tying the knot, Luann publicly stated her plans to have a prenuptial agreement in place for her second marriage. "Well, you know he's a very accomplished person. I have two children and a lot of assets so we'll definitely have a prenup," she said during an appearance on Dirty, Sexy, Funny with Jenny McCarthy on SiriusXM, via E! News. However, although E! reports that the two did, indeed, reportedly sign a prenup, neither party has commented on its existence since the news of the split.

Bustle has reached out to Luann's rep and Bravo for comment, but hasn't heard back at this time. Prenup or no prenup, it's clear that Leann is hoping fans will let her divorce move forward outside of the public eye. "It is with great sadness that Tom & I agreed to divorce," she wrote on Twitter. "We care for each other very much, hope you respect our privacy during this sad time!" This will be Luann's second divorce and Tom's first. She was previously married to Alexandre de Lesseps for 16 years, with whom she has two children.

News of Luann's divorce, while sad, shouldn't come as a surprise to fans who have been keeping track of the pair's tumultuous relationship. A few months prior to their wedding, the couple was rocked by a scandal when Tom was seen kissing another woman. Not to mention the awkward rumors that Tom previously dated RHONY stars Ramona Singer and Sonja Morgan. Luann got past that, however, telling People that the entire drama made their relationship stronger. "If you can't forgive those you love, who can you forgive?" she told the magazine in 2016.

It's unclear how much of Luann and Tom's divorce will play out in episodes of Real Housewives of New York City. Though, if there is a prenup, then it's likely the divorce will be able to go through relatively peacefully, which means less drama for cameras.