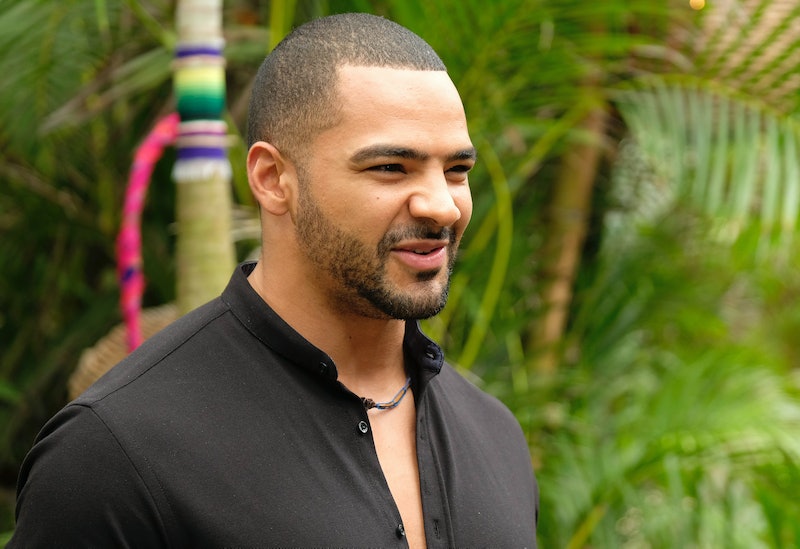 When NFL player Clay Harbor was on Becca's season of The Bachelorette, fate was particularly cruel to him. He got injured playing football during a group date and decided to go home in order to recuperate. Since then, his career with the NFL has stalled, but Clay does still play football. Well, at least as of earlier this year, he was trying to get back into it. Based on his NFL profile, he hasn't played in a game since 2016, but as his social media makes clear, he's been hard at work on a comeback.

Before appearing on The Bachelorette, Clay had played for the Philadelphia Eagles and Jacksonville Jaguars for three seasons each and had brief stints with the New England Patriots and Detroit Lions. In 2017, the tight end moved to the New Orleans Saints but was placed on the injured reserve list, so he didn't play any games that season. In July 2018, NYup.com reported that there were rumors the Buffalo Bills were looking to sign the free agent after Clay practiced with their team. By that time, he had recovered from the wrist injury that he suffered on The Bachelorette.

However, NJ Advance Media reported in March 2019 that the Bills passed on Clay because he had experienced a minor abdominal injury while working out in Buffalo. His injury meant he couldn't play in the 2018 NFL season. Still, Harbor was undeterred. He told the outlet he was training in Chicago and was feeling better after his multiple injuries. "I started training hard again, like I'm getting ready for a football season. In my mind, I'm trying to get ready for the season and hoping I get an opportunity for a workout," Clay said.

"I'm going to put everything into football for the next three months," he continued. "If I don't get signed by the time training camp is over or around that time, then I'm going to move on and figure out what the next step of my life is going to be." As his involvement in Bachelor in Paradise indicates, he wasn't signed by an NFL team for the upcoming 2019 season. But besides appearing on The Bachelor franchise again, it's not clear if Clay is ready for that "next step."

As shown above, Clay last posted about his desire to keep playing in the NFL in May, and he doesn't seem to have made any formal announcement about retiring from the game since then. It's also possible Clay could have a future with the upcoming fan-focused XFL league when it's launched in 2020. Clay was part of the XFL Summer Showcase in July and he shared a video of the experience on Twitter, writing, "Never have turned down a chance to compete and do what I love and never will! Fun time at the @xfl2020 summer showcase today."

"I still have a passion for the game," Clay told NJ.com in March. "It's what I love. I wake up in the morning and that's what I want to do."

So while Clay will be looking for romantic love on Bachelor in Paradise following his breakup from BiP alum Angela Amezcua, playing football professionally is also still near and dear to his heart.