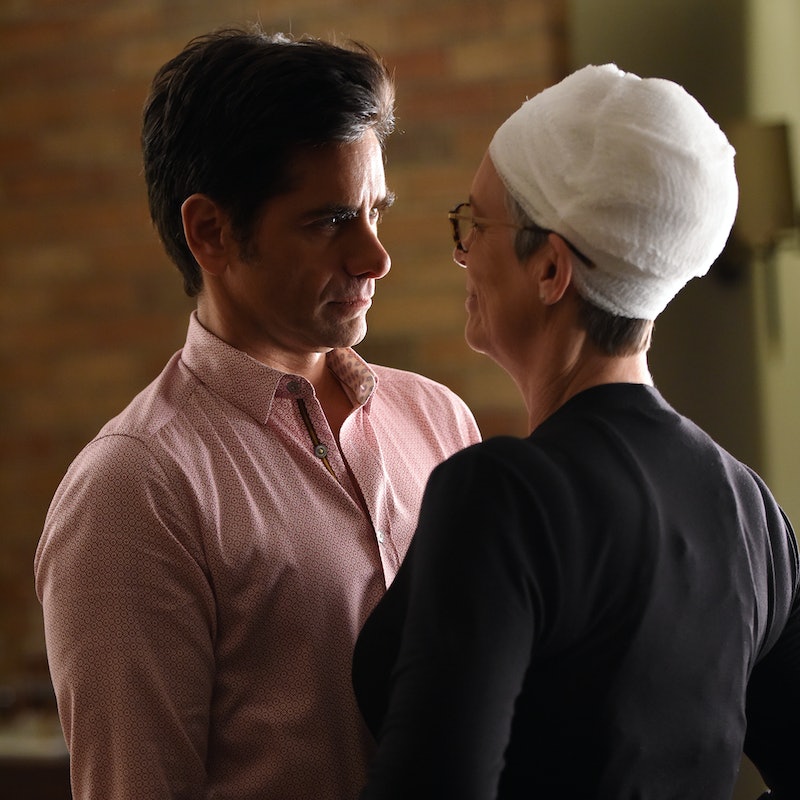 On Tuesday night, we finally reached the Scream Queens Season 2 finale and things only got even more crazy and convoluted. It's honestly been difficult to keep up with the relationships this season, as characters have been bouncing between each and other and constantly changing statuses. But no one has played this game worse than Doctor Brock Holt. And in the season finale, it all culminated in Brock proposing to Dean Munsch.

However, it actually makes perfect sense. You see, Brock conspired with Hester to marry Dean Munsch before she dies of her terminal illness. The reason for the unlikely nuptials was to make sure that he was her next of kin when she died. That way, all of that absurd wealth that she has been hanging on to since Chad left his family fortune to her will actually be transferred right into Dr. Holt's waiting, eager hands. Of course, Hester had plans for them to run away and live their lives like the end of The Shawshank Redemption, but it seemed like that might not pan out either. See, Brock had assured Chanel that when Dean Munsch kicks the inevitable bucket, he will "pry that ring off her cold, dead finger" and give it to her.

Basically, Dr. Holt is playing a supremely dangerous game with some really dangerous players. In the end, however, it seems that it all worked out for him, as we last saw him living on Blood Island... with Hester, who managed to get all of Munsch's money even with the dean still alive.

In their world, that's a happy ending, and Holt should just be thankful that he got out of this unscathed. As plenty of other Scream Queens characters have learned, you do not want to be on Chanel's bad side.