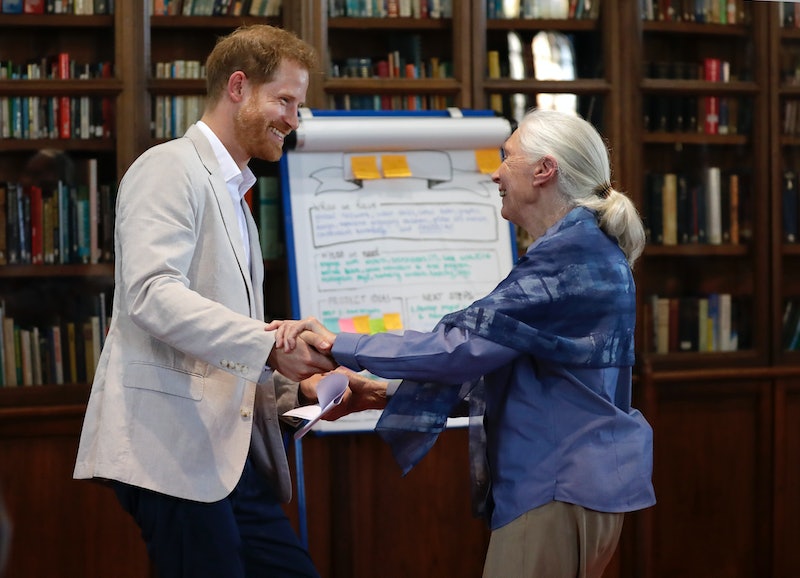 Guest edited by Meghan, Vogue's 2019 September issue featured a myriad of influential women, including Dr Jane Goodall. When the famed ethologist met the couple a few months prior to the issue's release, she also met the newest addition to the royal family and what Jane Goodall said about Archie will make your heart melt.

Archie was only a few months old when Goodall met him, and as with any baby she gave him a few snuggles. "He was very tiny and sleep — not too pleased to be passed from his mummy," she recently told the Daily Mail's Weekend Magazine. "I think I was one of the first to cuddle him outside the family."

She also had a little play with him, including making him do the Queen's wave. When Goodall said to Harry that she supposed he'd have to learn the wave at some point, Harry replied "No, he's not growing up like that," implying that Harry and Meghan had planned to step down from their royal duties as far back as the summer of 2019. But as HuffPost points out, Harry could have been referring to Archie's lack of a royal title.

In any case, the couple announced their decision to step down in early January via their official Instagram @sussexroyal. "After many months of reflection and internal discussions, we have chosen to make a transition this year in starting to carve out a progressive new role within the institution," the statement read. "We intend to step back as 'senior' members of the Royal Family."

On March 27, it was revealed that Harry and Meghan had moved to California to begin the next chapter of their life, heading up a new charity initiative they have named Archewell.

Speaking to the Radio Times about the couple's move, Goodall said: "I don’t know how his career is going to map out, but yes, I’ve been in touch, though I think he’s finding life a bit challenging just now."