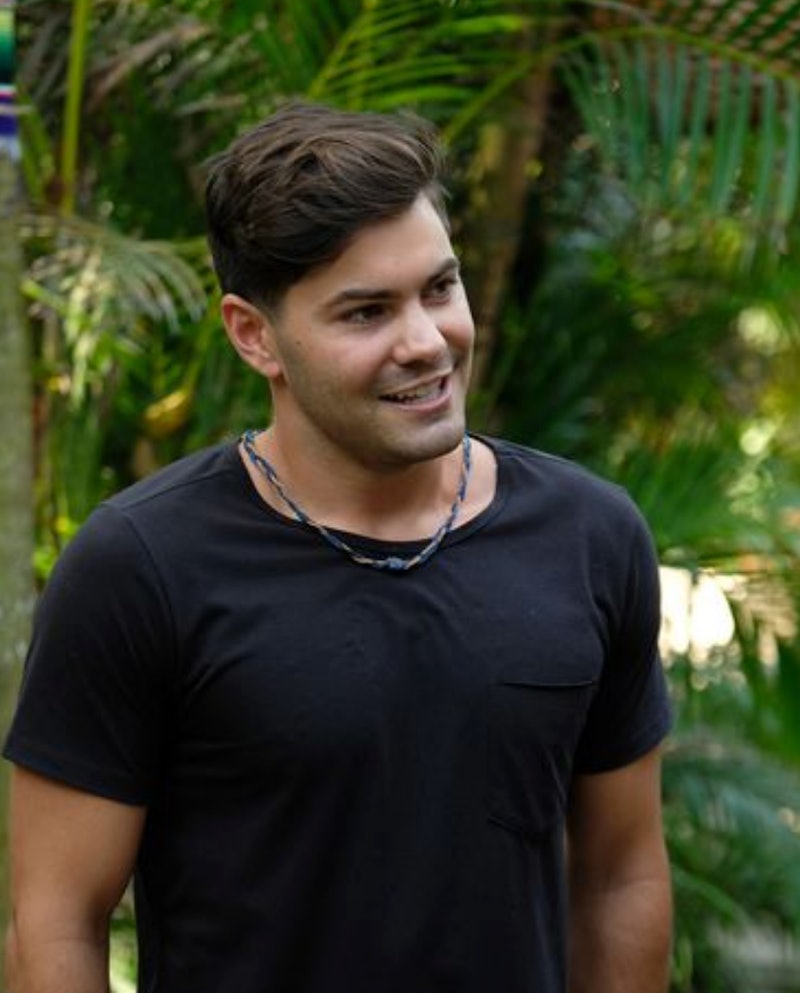 Bachelor in Paradise contestants Hannah Godwin and Dylan Barbour won't be bested by love triangles or trolls. When a commenter posted an insult on Instagram about his BiP relationship over the weekend, Dylan responded to the comment about his and Hannah's relationship with a perfect reply. His reaction is not only funny, but implies that the Bachelor Nation lovebirds are in a solid place.

Over the weekend, the Bachelor in Paradise Instagram account shared a video of Hannah recounting one of her favorite Season 5 moments: Dylan’s failed attempt at telling her he loves her in Spanish. In the comments, there are fans who say Dylan and Hannah “are so meant to be together,” “are made for each other,” and “are the cutest couple ever.” But in that very same comment section, one viewer took quite a different position and wrote, “you could do so much better than Dylan! You need a MAN!”

As the Instagram account Comments by Bachelor noted, Hannah’s BiP love interest addressed this comment quite effectively. “@laurbjensen you tell her Lauren,” Dylan replied. His response received over 300 likes. At the time of writing, Hannah was not one of the likes on Dylan's response, but there is no need to read into that. After all, they have to keep their relationship status close to the vest until Tuesday's finale airs.

Though things seem to be all fun and IG jokes now, the beginning of Dylan and Hannah’s Bachelor in Paradise story got off to a bumpy start: They hit it off right out the gate, but when word got out that Hannah and Blake Horstmann spent time together before the season, it stalled Dylan and Hannah's progress. For a moment there, it looked like Hannah was going to end up with Blake, but she ultimately decided she wanted to pursue a relationship with Dylan. From that moment forward, they were basically inseparable, and they are one of the few Season 6 pairings to make to the very end.

Fans will not know if they left Paradise as an engaged couple, a not engaged couple, or not a couple at all until the finale happens Tuesday night, but Dylan’s chill response to the aforementioned IG comment suggests that things between him and Hannah are solid. This response to the Instagram dig is just one of the many unsubtle breadcrumbs the couple has dropped regarding where they stand.

Just last week, Extra shared an interview with Hannah and Dylan where he says he falls "more in more love with this woman every day" and she calls him "a keeper." At the beginning of the month, Dylan tweeted that he is "in love." And the night of the Season 6 premiere, he tweeted "yo @hannahg11 head’s up:" with a GIF of Angie Tribeca announcing she's all in as she pushes her chips to the center of a poker table.

It is probably safe to bet on Hannah and Dylan, but the Bachelor in Paradise finale will have the final say on whether or not they are still together.