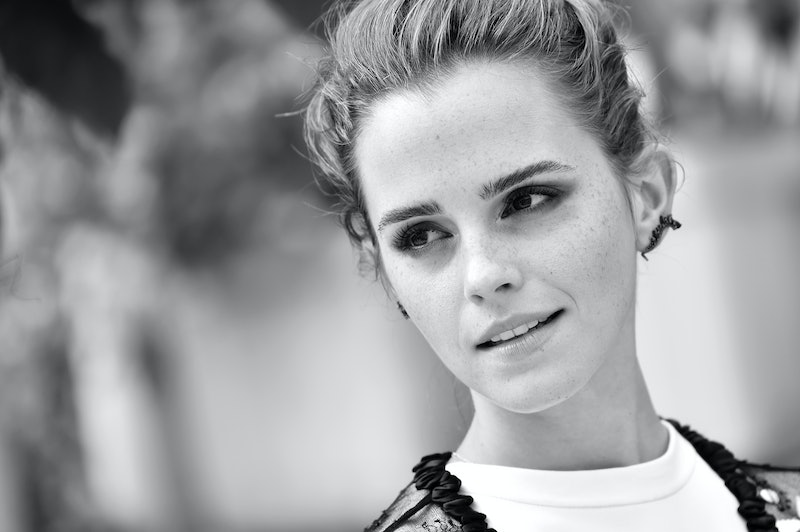 On Sunday, Our Shared Shelf announced its July/August selection, and it's a first for the reading group. Emma Watson's book club picked Milk and Honey by Rupi Kaur — the first poetry collection Our Shared Shelf has ever read together.

Even though her online book club hasn't read much poetry in the two-and-a-half years since its inception, Emma Watson says poems have always been a big part of her life. Announcing Milk and Honey on Goodreads as her July/August book club selection, Watson wrote: "Over my lifetime, I have fallen in and out of love with poetry. Performing poems was what got me into acting (I had a primary school teacher that made everyone learn one a week, and eventually I won a poetry recital competition!) In secondary school and at university, I loved deciphering the codes of poems in class discussion, but I honestly wondered if poetry would continue to feature in my life outside of an academic context."

In her announcement, Watson took issue with Kaur's critics, who claim the poet has somehow removed poetry from its lofty position by popularizing it. "I am loathe to say Rupi has made poetry 'accessible,'" Watson wrote, "because while this is the truth (Rupi’s poems and illustrations fit well into those famously square shaped Instagram frames), there is nothing easy or accessible about what Rupi chooses to talk about. In fact, the topics she chooses, are audacious." The Harry Potter actress and feminist activist went on to say of Kaur: "Here is a 25-year-old girl saying the unsayable . . . to hundreds of thousands of people: that she has been raped, that at times she has been abused, that she bleeds. And sin of all sins . . . she actually likes the hair that grows on her body. Yes. She actually thinks it is beautiful. And that she is beautiful as God made her — what a transgression. That her body is her home and nobody else's."