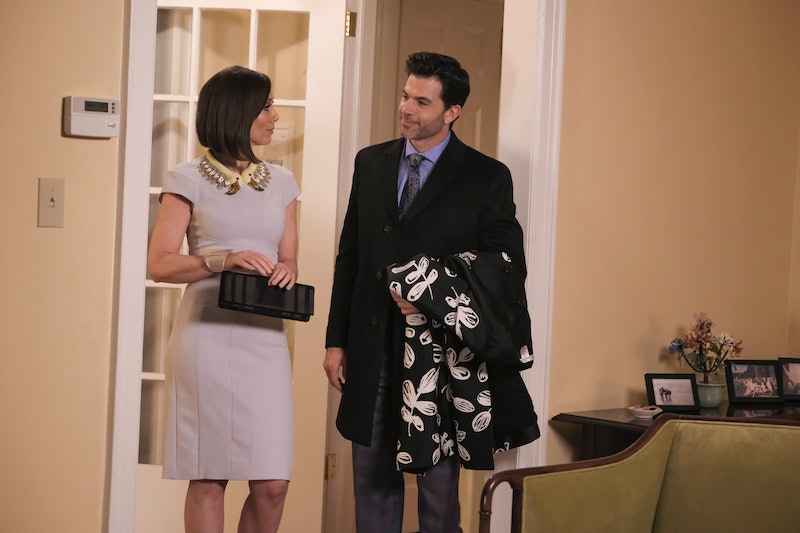 It’s been lovely to watch Diana Trout meet a man who wants to rise to her level — the other men she’s been with over the seasons (there have been few) have never really just wanted her to be her. Enter Enzo, the plumber she had a fling with a few seasons back. Enzo is moving out of his Ma’s house for her, he supports her, and he’s great in bed... minus one funny thing. He honks like a goose when he orgasms.

This isn’t an issue for Diana, who is happy to have a hot man she wants to sleep with. Who doesn’t make a weird face or sound during sex? Sex by its very definition is often awkward or ridiculous. But that sound is a huge identifier later on in the episode when it turns out that Enzo was in a pornographic movie decades ago (he's been honking like a goose since forever, you know).