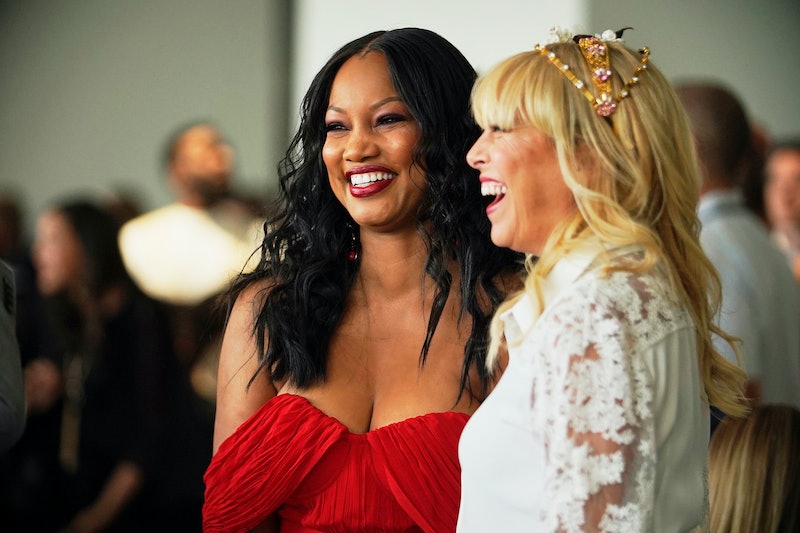 She's no stranger to the small screen, but new RHOBH cast member Garcelle Beauvais will be in uncharted territory when Season 10 of the Bravo reality series premieres. "The scripted world for me is where I'm most comfortable, I've never done reality TV before," she explained in a video on Bravo's YouTube channel. "I've been asked for years, but I've never chosen to do it. Scripted world, you show up, you know your lines, you're a character, you can sort of hide who you are and be this other person. Housewives, I'm showing up as me."

And just who is Garcelle? Aside from her groundbreaking role as RHOBH's first Black Housewife, the network has billed her as a model, actress, author, producer, and humanitarian. After emigrating to the United States from Haiti at 7 years old, she taught herself English by watching Sesame Street, and by the time she was 17, Garcelle had launched a career as an international model. That chapter of her life provided a seamless transition into her career as an actor when she nabbed the role of Cynthia Nichols on Aaron Spelling's primetime soap opera Models, Inc., which ran on Fox for one season from 1994 to 1995.

That role, of course, was the beginning of Garcelle's acting resume. She'd already had minor parts in films such as 1988's Coming to America and TV shows including Miami Vice, The Cosby Show, and Hangin' with Mr. Cooper. After starring in Models Inc., she nabbed bigger roles in Family Matters, The Fresh Prince of Bel-Air, and Wild Wild West. Then, Garcelle really made a name for herself portraying Francesca "Fancy" Monroe on The Jamie Foxx Show from 1996 to 2001 and A.D.A. Valerie Heywood on NYPD Blue from 2001 to 2004.

More recently, she appeared as Doris Toomes in 2017's Spider-Man: Homecoming and Our Lady Underground in Syfy's The Magicians. She's also currently playing Dennis Quaid's love interest in Netflix's Merry Happy Whatever, and is featured in the CBS All Access' psychological television thriller Tell Me a Story.

On the personal front, Garcelle is a "glam grandmother" and mom to three sons: Oliver, 28 (with her first husband, producer Daniel Saunders) and 12-year-old twins Jax and Jaid (with ex-husband, CAA agent Mike Nilon). She and Nilon, with whom she split in 2010 after almost nine years of marriage, co-parent their tween boys, and Bravo previewed that that part of her story will involve how she's successfully navigated life after divorce. Prior to their breakup, Garcelle publicly accused her husband of having an affair for five years, per E! News.

After dating screenwriter Michael Elliot for several months, Garcelle announced in February on Instagram that they had broken up and she was single again.

As for which RHOBH cast members Garcelle is closest to, she's discussed her friendships with fellow actors Lisa Rinna and Denise Richards in the past. The actor admitted to E!, however, that she and new "friend of the Housewives" Sutton Stracke "didn't connect" right away, and she also didn't get a chance to get to know Kyle Richards. Either way, Garcelle added that she mostly "had a ball," filming with the cast that also includes Erika Girardi, Teddi Mellencamp, and Dorit Kemsley.

"Sometimes it was hard. Sometimes it was like, 'What did I bargain for?' But overall I think what people are going to see from me is really who I am. I keep it real," she told E!. "I feel like me and Erika have that in common. We say how we feel, we keep it moving."