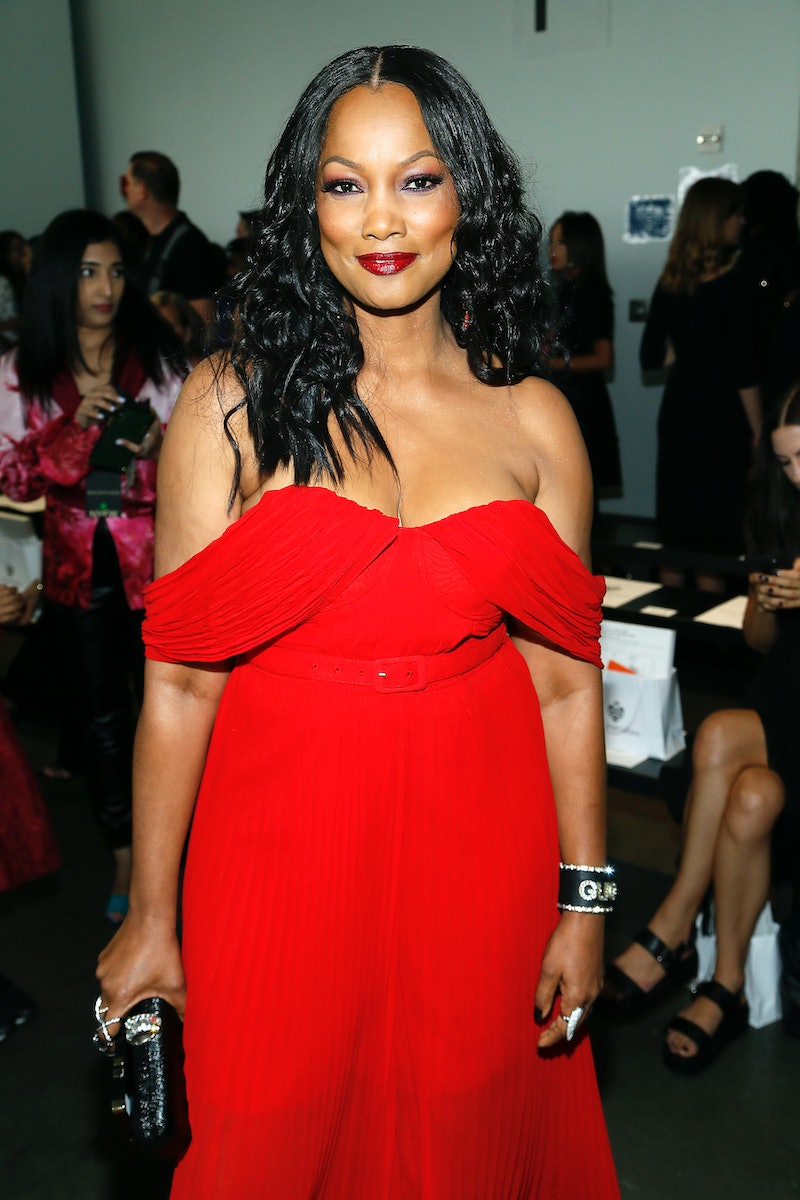 She has conquered sitcoms, procedural dramas, and primetime soap operas, and now Garcelle Beauvais is giving reality TV a try. In a new video from Bravo, Garcelle talked about how RHOBH Season 10 has been going so far, noting that it is unlike any television show she has worked on in the past. She also revealed that she found out she was going to be a Beverly Hills Housewife while she was waiting at baggage claim at an airport.

In the clip, the showbiz veteran said,

“Scripted world for me is where I’m most comfortable, I’ve never done reality TV before. I’ve been asked for years, but I’ve never chosen to do it. Scripted world, you show up, you know your lines, you’re a character, you can sort of hide who you are and be this other person. Housewives, I’m showing up as me.”

She said shooting scenes for the reality show has "been very interesting so far," adding in the video, "Right now, everybody’s cool, everybody’s chill, everybody’s welcoming, I definitely have to say that. Everybody’s been really cool with me." She also noted that may only be a matter of time before conflict makes its way back to the RHOBH cast. "I know things may change. Some drama may be upon us, and I’m ready for that," she said.

Garcelle is one of the two new members of the RHOBH roster. On Aug. 26, Entertainment Tonight reported that Denise Richards confirmed Season 10 of the Beverly Hills edition of The Real Housewives started filming. Three days later, Bravo announced Garcelle and Sutton Stracke would be joining the Season 10 cast. In a statement provided to Bravo's The Daily Dish, Garcelle said, "As a working actor who has been in the industry for some time, it’s exhilarating to have the opportunity to delve into a new chapter in the entertainment spectrum."

The newbies seemed to waste no time getting in the mix: The weekend of Sept. 7, Garcelle and Sutton went to New York City with the rest of the RHOBH cast for New York Fashion Week. On Sept. 8, Sutton and Garcelle cheered on Erika Jayne, Dorit Kemsley, Teddi Mellencamp, Denise, and Lisa Rinna as they stomped the catwalk at Kyle Richards's fashion show. The night before the fashion show, OK! reported Garcelle hit the town with the returning RHOBH cast members.

The emperor of Bravo Andy Cohen is elated she has decided to try out reality television, and it sounds like she has taken to it like a duck to water. Per Showbiz Cheatsheet, Andy said on a recent episode of his SiriusXM radio show that Garcelle is "an incredible addition to the group" not only because "she knows Rinna, she knows Denise," but because she also "is incredibly open." He added the accomplished actor "is ready to go in this genre" of television.

She played the no-nonsense, rule-abiding, and ambitious ADA Valerie Haywood on NYPD Blue. On sitcom The Jamie Foxx Show, she was Francesca "Fancy" Monroe, the funny and cool hotel desk clerk who had a will-they/won't-they relationship with Jamie Foxx's character throughout the entire series. She played a model who survived kidnapping and sexual assault on Beverly Hills, 90210 spinoff Models Inc. She has been in a bunch of movies, including White House Down, Spider-Man: Homecoming, and Coming to America. And now, she is Garcelle on RHOBH.