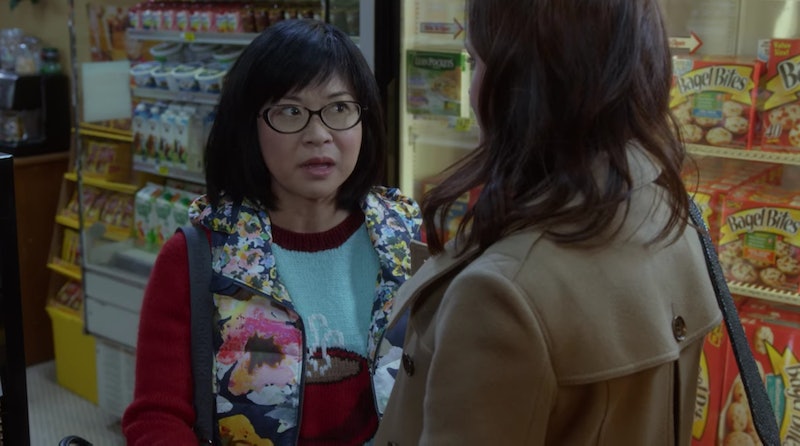 Not everyone loved Gilmore Girls: A Year in the Life and what it had in store for the beloved, yet quirky characters. Even Gilmore Girls star Keiko Agena admitted that she wanted more for Lane in the 2016 revival. In a recent interview with Entertainment Tonight, Agena said she hoped Stars Hollow was just a "pit stop" in her character's life.

"She's a mom, which is great, but we know that she's working at Kim's Antiques," she explained to ET. "I still have this hope that she was allowed to express her own passions separate from obligation because I think there's so much obligation in Lane's mind to her mom. Then, because she got pregnant so quickly, to her kids and to her husband."

As fans watched in the revival, not much had changed for Lane. She was still married to Zack, raising their twins, working with her mom at Kim's Antiques, and playing drums in Hep Alien. In the words of Agena, she was "pretty settled in Stars Hollow." But if the actor had it her way, Lane would've been doing much more. "I don't know specifically where she would be, but I would love it if there was more of a percentage of her life that felt like it was her own and purely because she was free to do what she wanted to do," the Prodigal Son star admitted.

Throughout most of Gilmore Girls, Lane was controlled by her mother and expected to follow a strict set of rules. Sometimes even Zack wasn't her best match. Like Agena said, Lane certainly deserved more, especially when it came to making her own decisions. Maybe if there's ever another Gilmore Girls revival Lane will be on the road touring rather than living a life of obligation.