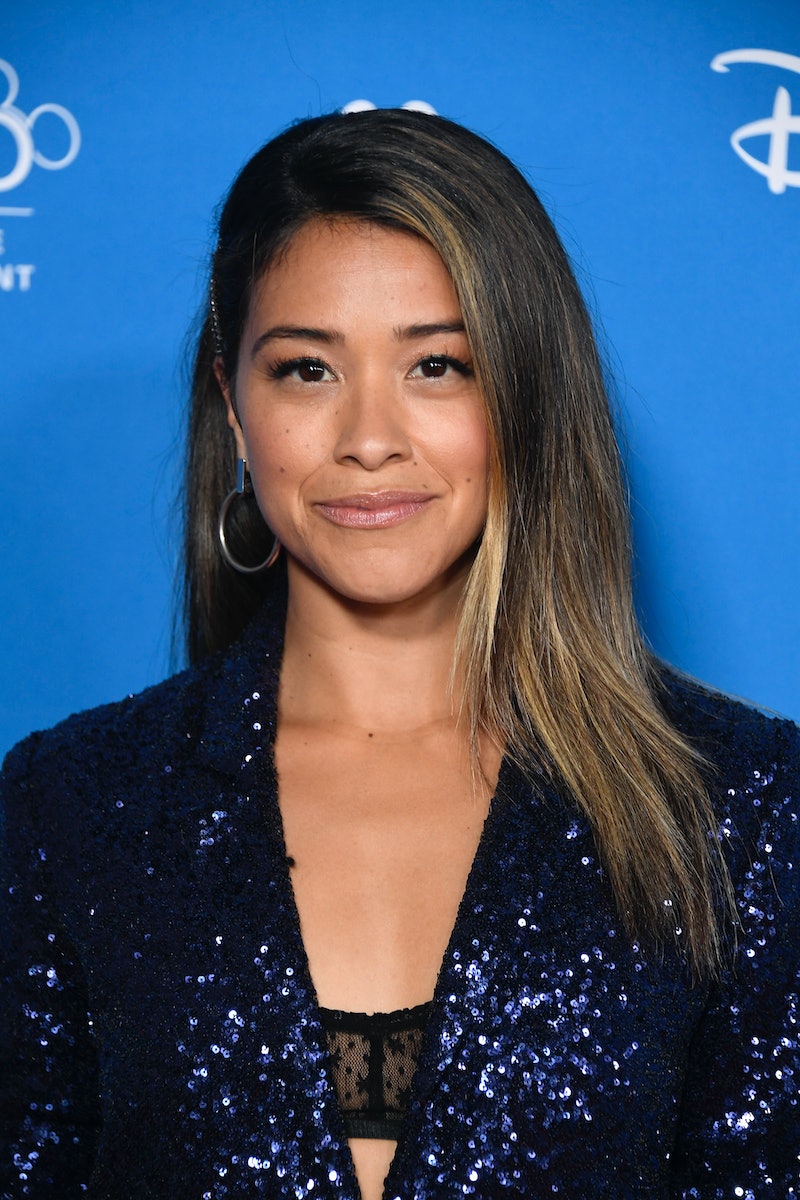 In the latest addition of celebrity gaffes, Gina Rodriguez's apology for singing the N-word is sparking even more backlash online. On Tuesday, Rodriguez posted a since-deleted clip of her rapping along to the Fugees' “Ready or Not” on her Instagram Story. In that video, Rodriguez dropped the N-word, which is what initially caused outrage online. On her Instagram Story shortly after, Rodriguez issued an apology for the slur that largely missed the mark.

UPDATE: Following the apology-related backlash, Rodriguez released a new statement to Bustle via her rep early Wednesday, which read:

“In song or in real life, the words that I spoke, should not have been spoken. I grew up loving the Fugees and Lauryn Hill. I thoughtlessly sang along to the lyrics of a favorite song, and even worse, I posted it. The word I sang, carries with it a legacy of hurt and pain that I cannot even imagine. Whatever consequences I face for my actions today, none will be more hurtful than the personal remorse I feel. Watching my own video playing back at me, has shaken me to my core. It is humiliating that this has to be a public lesson but it is indeed a much deserved lesson. I feel so deeply protective and responsible to the community of color but I have let this community down. I have some serious learning and growing to do and I am so deeply sorry for the pain I have caused.”

EARLIER: In the apology video, the Jane The Virgin star said, "I’m sorry if I offended anyone by singing along to the Fugees, to a song I love, that I grew up on. I love Lauryn Hill, and I'm really sorry if I offended you." The apology has been largely criticized as subpar, since she hadn't said sorry for using the offensive word, only if she offended people. (Bustle reached out to Rodriguez's rep for additional comment, but did not receive an immediate response.)

“OMG, it is 2019 and public figures still don't know how to apologize...which makes me think she's not really sorry," journalist Yashar Ali wrote on Twitter. Meanwhile, public speaker Toni Tone tweeted, in part, "This is an example of someone being deliberately obtuse. Gina Rodriguez KNOWS she offended people, not for singing a song but for saying the N-word."

Rodriguez’s failure to address her use of the slur recalls many non-apology apologies from fellow celebrities in the recent past. Comedian Shane Gillis, for example, issued such when his past racist remarks emerged on the heels of his Saturday Night Live hiring in September. While Gillis and Rodriguez’s situations don’t exactly run parallel, their apologies — both of which are devoid of responsibility — do. Gillis wrote, “I’m a comedian who pushes boundaries. I sometimes miss... I’m happy to apologize to anyone who’s actually offended by anything I’ve said.”

Last month, Bachelor in Paradise’s Blake issued the same type of non-apology apology after he released private text messages from Caelynn that presented her in a negative light. When pressured to apologize for his actions, he said, “I didn’t want to hurt you. I tried to get my truth out. I am so sorry you got attacked and I am so sorry you’re feeling the way you are.” All of these botched apologies, of course, don’t acknowledge the harm done by the offenders.

Rodriguez’s usage of the N-word isn’t the first time the actor has been accused of anti-Blackness. In July 2017, Rodriguez received backlash during Black Panther’s promotional run when she wrote in a now-deleted tweet, “Marvel and DC are killing it in inclusion and women but where are the Latinos?! Asking for a friend…” On social media, users accused her of diminishing Black Panther’s achievements. In November 2018, Rodriguez became the subject of controversy yet again when she claimed that Black women were paid more than Latinx women during a Net-a-Porter roundtable discussion. Earlier this year, Rodriguez addressed backlash in a tearful interview on the radio show Sway in the Morning.

“If anything, the Black community is my community. When I speak about Latino advocacy, people think I’m only talking about people who are my skin color, but little do they know that I’m very aware of what my culture is,” she said in the January interview. “I know my intention. The last thing I’d want to do is put two underrepresented groups against each other.”

Given these past controversies, fans aren't finding Rodriguez's apology convincing.