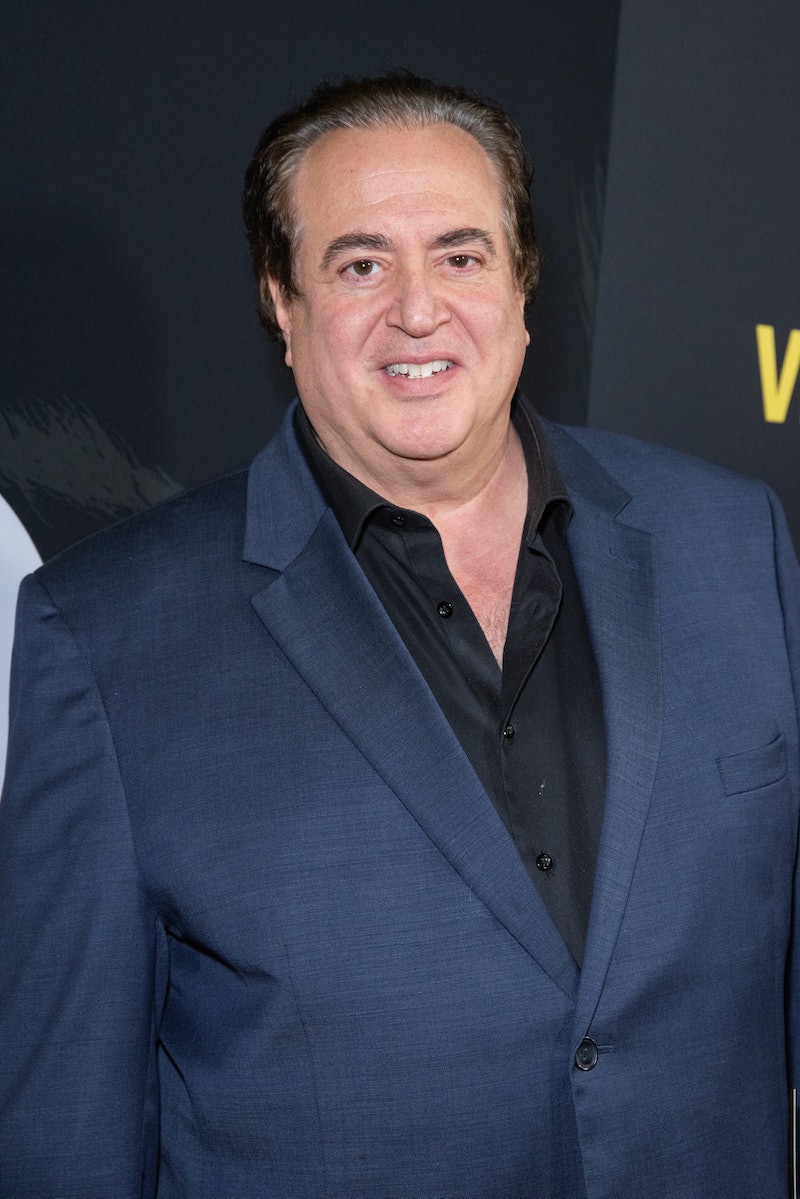 In the latest of a string of controversies surrounding the movie Green Book, screenwriter Nick Vallelonga deleted his Twitter account after an old tweet of his disparaging the Muslim community resurfaced earlier this week. The tweet, which Variety noted was from Nov. 2015, was posted in response to a comment from then-presidential candidate Donald Trump, with Vallelonga supporting Trump's claims that he witnessed Muslims celebrating after the tragedies of Sept. 11, 2001. These claims have widely been debunked. Bustle reached out to a representative of Vallelonga, but had not heard back at time of publication.

UPDATE: Bustle received this statement from a representative of Nick Vallelonga late on Thursday, Jan. 10:

"I want to apologize. I spent my life trying to bring this story of overcoming differences and finding common ground to the screen, and I am incredibly sorry to everyone associated with Green Book. I especially deeply apologize to the brilliant and kind Mahershala Ali, and all member of the Muslim faith, for the hurt I have caused. I am also sorry to my late father who changed so much from Dr. Shirley's friendship and I promise this lesson is not lost on me. Green Book is a story about love acceptance and overcoming barriers, and I will do better. Nick Vallelonga, writer/producer, Green Book"

EARLIER: As reported by Variety, Vallelonga's now-deleted tweet read: "@realDonaldTrump 100% correct ... Muslims in Jersey City cheering when towers went down. I saw it, as you did, possibly on local CBS news.” A representative for the writer-producer confirmed the authenticity of the tweet to BuzzFeed News. A separate report from IndieWire also quoted a representative who told them, "The Twitter account has been deleted... not sure if any comment is actually needed here." Vallelonga's current views on the discredited claim remain unclear.

The comment brings forth yet another issue for the critically-acclaimed film, whose star Mahershala Ali became the first Muslim entertainer to win an Academy Award for acting in 2017. In addition to the recent tweet scandal, the film has also come under heavy scrutiny from the family of its lead character, Dr. Don Shirley, for its alleged inaccuracies in terms of his portrayal.

Green Book tells the story of the 1962 concert tour road trip taken by Shirley (Mahershala Ali), a Black pianist, and his hired driver/bodyguard, Italian-American Frank "Tony Lip" Vallelonga (Viggo Mortensen). The film, based on true events, depicts Shirley as a reclusive musician that had been alienated from both his family and the Black community — a narrative which Shirley's family referred to as a "symphony of lies" during an interview with Shadow and Act.

While the family acknowledged that Dr. Shirley did hire Tony Lip as a driver and bodyguard, they say that the rest of the movie’s plot, which was co-written by Tony Lip’s son Nick Vallelonga, is a huge departure from the truth, according to Shadow and Act. As the report from the site explained, the family maintains that Dr. Shirley was actually very present in his family’s lives. They also contend that Shirley was quite connected to the civil rights movement, maintaining a friendship with Dr. Martin Luther King and participating in the march in Selma.

Vallelonga, meanwhile, has continued to defend the film and its depiction of Shirley, telling Variety that Dr. Shirley approved of the events included in his screenplay. Furthermore, the screenwriter claimed that the pianist specifically asked him not to speak with anyone about the plotline prior to his death in 2013.

Other members of the creative team behind Green Book have not been immune to controversy, either. In November of 2018, actor Viggo Mortensen used the N-word during a discussion about the discourse of race in America at a Q&A for the move, as reported by The Guardian. Mortensen, who was recently nominated for a Golden Globe for his role in the film, later apologized and promised to never "utter it again," per The Hollywood Reporter.

More recently, on Wednesday, Jan. 9, Green Book's director, Peter Farrelly also issued an apology after reports (confirmed at the time by the director) about him repeatedly flashing co-workers on set during the ’90s resurfaced. His statement, shared by The Cut, read:

“True. I was an idiot. I did this decades ago and I thought I was being funny and the truth is I’m embarrassed and it makes me cringe now. I’m deeply sorry.”

Despite its controversies, Green Book has continued to receive rave reviews. It most recently snagged three trophies during the 76th Golden Globe Awards — including Best Screenplay, Best Motion Picture, and Best Supporting Actor for Ali. However, with the two new revelations of Vallelonga's old tweets and Farrelly's misconduct, the film's future success and awards claim might be up in the air.