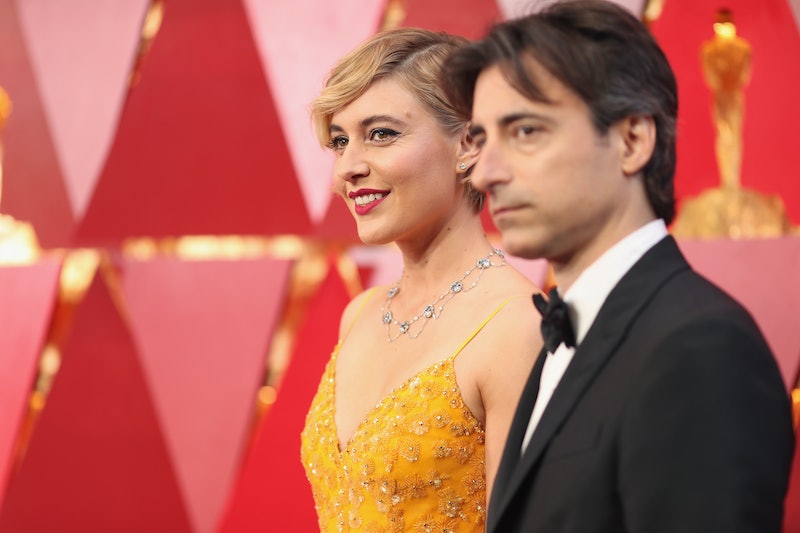 A congratulations is in order. Oscar-nominated filmmakers Greta Gerwig and Noah Baumbach have welcomed first child together. On Wednesday, E! News reported the couple was reportedly seen pushing a stroller around Manhattan earlier this week. Gerwig and Baumbach's reps confirmed the reports to Bustle. This is Gerwig’s first child. Baumbach has a son with his ex-wife, Jennifer Jason Leigh.

“Noah was pushing and Greta was right next to him. They were chatting and enjoying some fresh air. They were bundled up in the chilly weather and they had a gray and white striped blanket draped over the stroller. It seemed like the baby was sleeping because they were busy talking and didn't have to tend to the baby. They looked happy but a little bit tired. They walked around their neighborhood for several blocks before heading home."

A source told Us Weekly that the baby is a boy.

Gerwig and Baumbach first met when she was in his 2010 movie Greenberg, and they started dating in 2011. The two co-wrote Frances Ha and Mistress America, both of which star Gerwig and were directed by Baumbach. Working alongside your significant other may not be everyone's jam, but it clearly is Gerwig and Baumbach's jam. In a 2013 interview with The Globe and Mail, Gerwig said,

"We never specifically talk about how it works. In some ways, you don't want to know too much about why; you don't want to mess with it. I've never been in a band, but I feel it must be what it feels like to write music with someone. I'm certainly not comparing myself to Lennon and McCartney, but they wrote great stuff on their own, and when they wrote together they made something greater than the sum of its parts. You can't account for it; it's almost like a third party enters into it."

In 2018, she told the Guardian, "I hope Noah and I will write another movie together because it’s really, really fun.” Both Gerwig and Baumbach have been keeping pretty busy since their last collaboration. Gerwig not only wrote and directed Lady Bird and forthcoming adaptation of Little Women, but has taken on roles in films such as Jackie, 20th Century Women, and Isle of Dogs. Baumbach co-directed a documentary about Brian de Palma, wrote and directed Netflix original movie The Meyerowitz Stories, and has an untitled Scarlett Johansson and Adam Driver movie in the works.

What an exciting time for Gerwig, Baumbach, and their growing family.