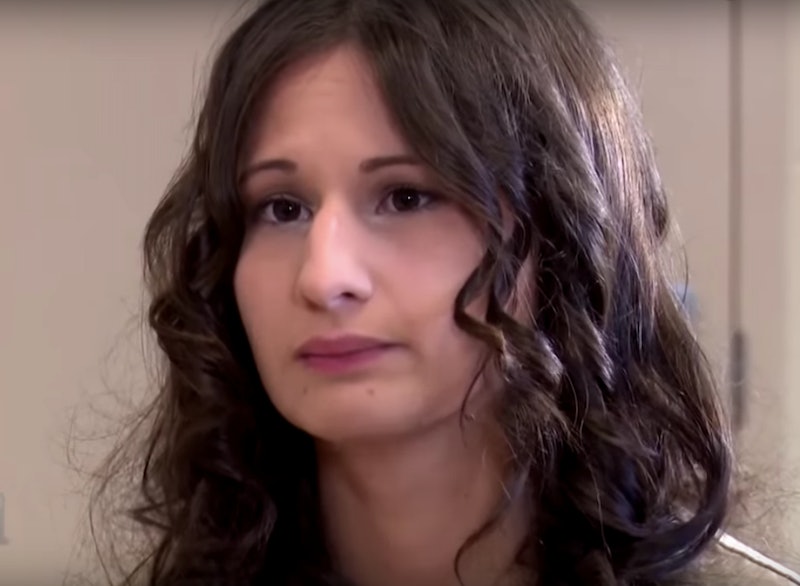 Since premiering in March, Hulu's series The Act has reignited interest in Gypsy Rose Blanchard's story. But though the show is based on a dark and tragic true story, there's a bit of positive news surrounding one of the real-life subjects. According to new reports from publications like In Touch Weekly and People, Gypsy Rose Blanchard is engaged to a man she met through a pen pal program while serving her 10-year prison sentence. (Bustle reached out to Blanchard for comment on the report, but did not receive an immediate response.)

As reported by People, a family friend named Fancy Micelli (E! News and In Touch spelled her last name as "Macelli," so it's currently unclear which is correct) claimed that Blanchard recently told those close to her that she's engaged. Fancy told the magazine of the couple, "They are very happy. You can hear excitement in her voice." And while she said that Blanchard's family has not met the man, she claimed they approve and have spoken to him over the phone and online. She also did not release his name, out of respect for Blanchard.

Fancy told People, "[This relationship] is a good thing for her. And whether it ends up being that way in the end no one knows, but for her right now it's a very positive and happy time." According to the magazine's report, Blanchard's fiancé first wrote to her after watching HBO's documentary, Mommy Dead and Dearest. The two became pen pals and have known each other for a year and a half, but they are reportedly waiting until she's released to get married.

According to In Touch Weekly's interview with the same family friend, "He started writing her and then visited her. They just grew to have a relationship... They’re taking it slow. They don’t know exactly what they’re going to do when she gets out. It’s a long way down the road, obviously, so things can change."

For those who haven't watched Mommy Dead and Dearest or The Act, here's some brief background info: Blanchard is currently in prison after pleading guilty to the second-degree murder of her mother, Dee Dee, which she orchestrated with a boyfriend she met online named Nicholas Godejohn. Godejohn was sentenced to life in prison for first-degree murder.

As reported by Rolling Stone, experts believe Dee Dee had Munchausen syndrome by proxy, which has been categorized as a form of child abuse where a caretaker causes or makes up an illness in someone under their care. In Blanchard's case, her mother Dee Dee reportedly told her she had multiple illnesses and made her use a wheelchair (although she was able to walk).

It's an undeniably complicated case, and a heartbreaking one as well, but based on the comments given to People and In Touch, it sounds as though Blanchard is working on rebuilding her life. Fancy told People, "She's 27 years old, she deserves to be in love and she deserves to have somebody who cares about her. He's just there for her."

While it's unclear if Blanchard will speak out publicly about the engagement reports, or if she will keep the details to herself, considering so much of her life has been in the public eye already, it'd make sense if she chooses to keep some aspects out of the spotlight.