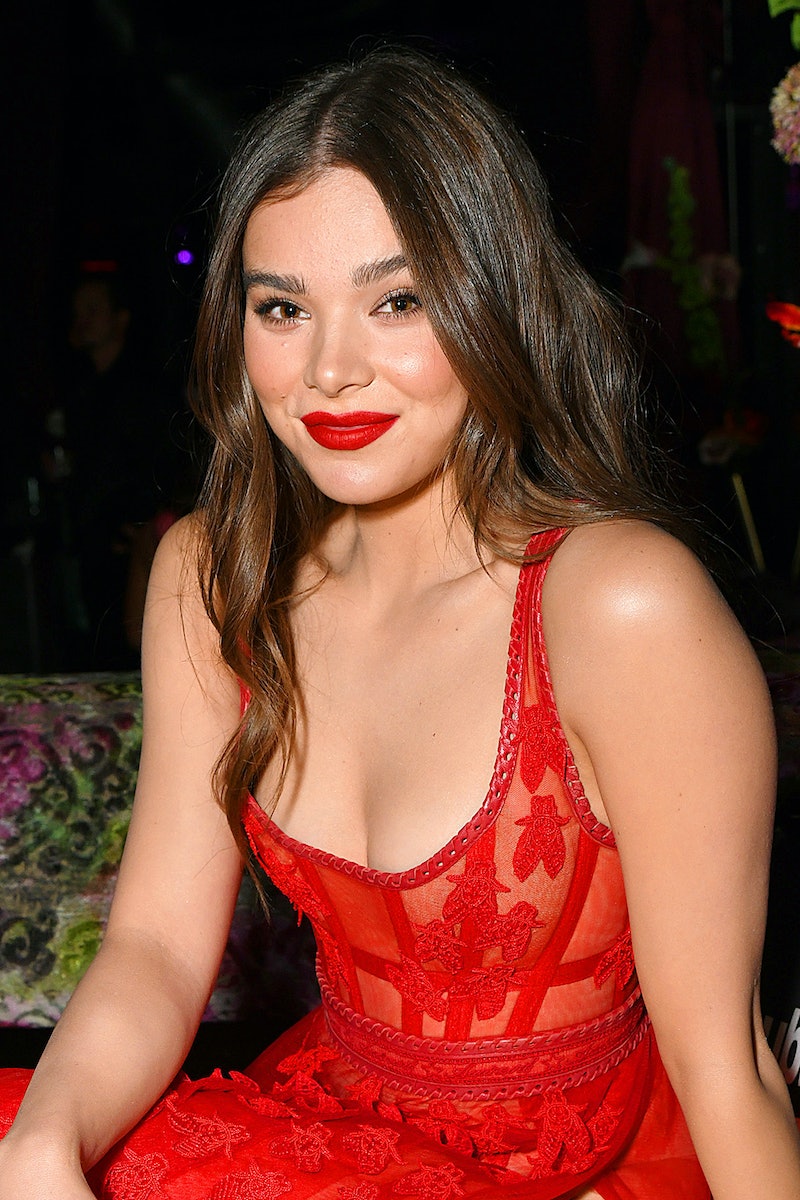 During her Wednesday, Oct. 9 appearance on The Tonight Show Starring Jimmy Fallon, Hailee Steinfeld discussed Sophie Turner and Joe Jonas' relationship, and the role she may have played in getting them together. After a 2018 interview with Nova 96.9's Smallzy, in which Steinfeld shared that Turner called her to ask about Jonas when she first started dating the boy band member, the Dickinson star was largely credited for helping to spark the couple's romance. But the rumor that she played matchmaker was news to the Pitch Perfect star.

Steinfeld did confirm to Fallon that Turner called her and asked about Jonas, but she didn't actively bring the two together — although, she told the late night host that she's happy to take the credit. "I definitely got the, like, 'Tell me about Joe Jonas' call," the actor said. "Sophie and I have been friends for years. She's one of my favorite humans. And Joe, same. Joe and I worked together a couple years ago, and he is also a wonderful person, and it worked! So, I'll take credit for that, sure."

Even though she wasn't the reason they met, the Dickinson star's small role in helping her friends connect is still special. Steinfeld and Jonas have known each other since at least 2016 when she collaborated with his band DNCE on the song "Rock Bottom." It's unclear how Steinfeld and Turner first met, but they recently showed off their friendship at the 2019 MTV Video Music Awards when someone captured a video of them holding hands and discussing Turner's married life, as reported by The Huffington Post. Turner reportedly told Steinfeld, "I know, what the f*ck? I'm a wife."

The story of how Turner and Jonas actually met is one anyone dating in the modern era will recognize. In a Mar. 2019 interview with Harper's Bazaar UK, the Game of Thrones actor shared how she and Jonas connected via social media. "We had a lot of mutual friends and they’d been trying to introduce us for a long time," she said. "We were following each other on Instagram and he direct-messaged me one fine day, out of the blue."

Jonas and Turner took their relationship public in late 2016, but they emphasized keeping their romance out of the public eye, per InStyle. They announced their engagement in Oct. 2017, and had a surprise wedding ceremony after the 2019 Billboard Music Awards on May 1. They then had a more formal ceremony in the South of France in June 2019.

Their romance officially started with those DMs, but Steinfeld's phone call with Turner is part of their story too. Even though the "Let Me Go" singer wasn't aware that she had earned a reputation as a matchmaker, she shared with Fallon that she's happy her friends are together. "I gave her my stamp of approval, and now they're married," she told the host. Cue all of Steinfeld's friends calling her for dating reverences, because so far things are working out great for Jonas and Turner.