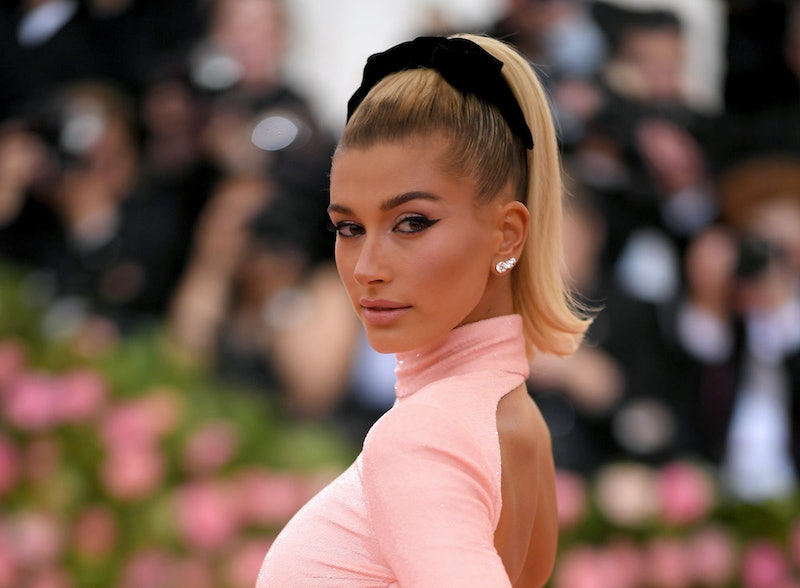 The Bananagate saga continues: Hailey Baldwin addressed the Justin Bieber and Taylor Swift banana debacle on social media. On Twitter on Oct. 6, Baldwin apologized for an earlier Instagram Live broadcast that showed her husband mocking Swift’s now-viral banana clip post-lasik eye surgery. In a clip shown on The Tonight Show on Oct. 3, the “Lover” singer (still under perceptible influence of some surgical drugs) got emotional after she picked the wrong banana to eat. A few days after the clip aired, Baldwin shared footage of Bieber recreating the video on Instagram Live — a decision that did not sit well with Swift fans.

On Twitter, Baldwin replied to a video reaction from a Swift fan upset about the recreation. “I never knew I could make somebody so upset..,” Balwin wrote on social media. “truly I’m so sorry you’re THIS upset?! Lord have mercy I hope I’m never this upset about someone I don’t know!!”

“I think it’s awesome how passionate you are and how hard you ride for someone you’re a fan of, it’s beautiful how dedicated you are,” she continued in a follow-up tweet. “If there’s something I did to personally hurt you or offend you I’m sorry, it’s not my intention to upset you by any means.”

She concluded in a third tweet, “but being angry at someone you don’t know does nothing for you. I know cause I been there.. all it’s gonna do is make you miserable. Don’t let ME of all people get you feeling that way. Trust me, I’m not worth the energy, nobody should be worth that energy!”

The apology comes on the heels of Swift’s Tonight Show appearance with Jimmy Fallon on Oct. 3. During the interview, Fallon shared surprise footage of the singer post-lasik eye surgery filmed by her mom. "That wasn't the one I wanted," Swift said after picking the wrong banana in the clip. “I tried to get this one," she continued on the brink of tears. "But what do we do with this one now? It doesn't have a head.” The home clip concluded with Swift eating the banana in bed.

Following Bieber’s recreation of the clip, Swift’s fans called him out due to his complicated relationship with the musician. On June 30, Swift penned an open letter on Tumblr about Scooter Braun, Bieber’s manager, and accused him of “incessant, manipulative bullying” on the heels of his acquisition of the masters to her past music. “Never in my worst nightmares did I imagine the buyer would be Scooter,” she wrote in the post. “Any time Scott Borchetta has heard the words ‘Scooter Braun’ escape my lips, it was when I was either crying or trying not to.”

In the post, Swift shared an August 2016 FaceTime screenshot of Bieber, Braun, and Kanye West amid her public feud with the rapper and his wife Kim Kardashian. Bieber’s screenshot shared on Instagram at the time featured the caption, “Taylor Swift what up.” Bieber apologized for the screenshot on Instagram after Swift’s letter circulated. He wrote at the time, "Hey Taylor. First of all i would like to apologize for posting that hurtful instagram post, at the time i thought it was funny but looking back it was distasteful and insensitive.”

Whether Bieber's clip was ill-intentioned or not, his banana video will now live in infamy for Swift's fans.