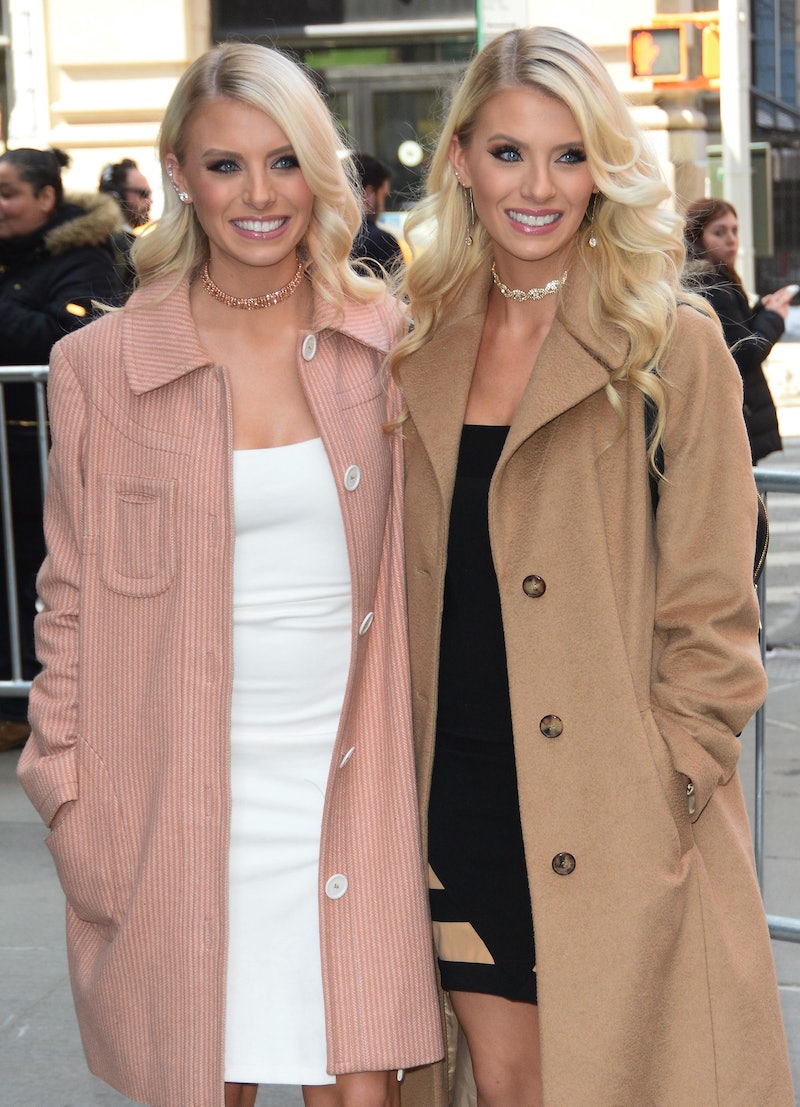 After appearing on several TV shows, the Ferguson twins have both found love outside of Bachelor Nation. In 2020, Emily and Haley Ferguson are both dating hockey players. And no, they didn't meet their beaus on Ben Higgins' season of The Bachelor or on any of the several Bachelor in Paradise seasons that they appeared on, or even on their spinoff The Twins: Happily Ever After? Instead, they turned to the ice rink for love.

In 2019, Haley went to Paradise by herself, because Emily was already coupled up with Vegas Golden Knights' player William Karlsson. Since the Fergusons are from Las Vegas, the duo likely met locally. After leaving her third Bachelor in Paradise stint, Haley went home to find a hockey player of her own.

Oula Palve plays for the Dallas Stars, and it's likely that Haley met him through the hockey world that she's now part of thanks to Emily and Emily's boyfriend. They're a relatively new couple, only posting their first photos together this past January. But they fell hard for each other. "[I] put up with tons of storms to find this rainbow," Haley captioned one photo of them. "I really hope he's my future baby daddy," she added in a recent June post.

She added a laughing/crying emoji to the "baby daddy" comment, so maybe she was just joking. But she does seem to be happy with Oula in her life, and perhaps they're planning next stages of their relationship. The duo has spent a lot of time together recently, since they were both isolating together for the past few months. In fact, they were part of a "quarantine crew" with Emily and William, so the two hockey players seem to be pretty friendly. They made matching shirts and everything.

Emily and William have now been dating for over two years, so marriage and babies could be in their future as well. Maybe they'll even do a double wedding with Haley and Oula, since the latter couple seems to be progressing through their relationship quickly. Now that would be a wedding worth televising. Get on it, ABC.