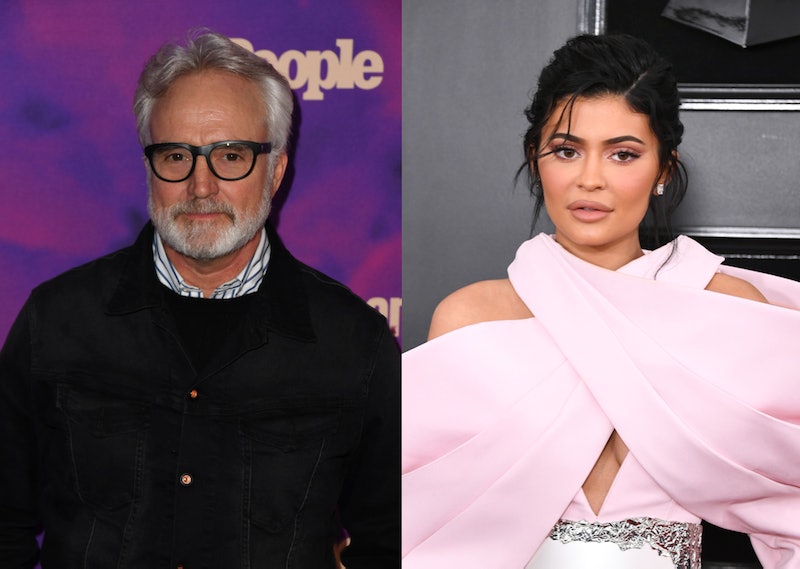 One member of Gilead is not feeling Kylie Jenner's Handmaid's Tale-themed party. Bradley Whitford, who plays Commander Joseph Lawrence on the hit Hulu series recently expressed his feelings about the reality star's controversial choice on The Talk, during an appearance airing Tuesday, June 11. And it shouldn't come as a surprise to hear that Bradley Whitford didn't like Kylie Jenner's Handmaid's Tale party.

"I don't know … seems a little tacky," Whitford said, when asked to express his thoughts on the festivities, as reported by People. "You know, that costume is so kind of iconic, and it's interesting how it's changed from initially a sort of symbol of oppression to now, as the show is moving ahead, to a symbol of resistance. So, yeah, a cocktail party seems to sort of dash all that significance."

He's not the only one to take issue with the event's message, or lack thereof. On Saturday, June 8, Jenner held the Handmaid's Tale-themed dinner party for her friend Anastasia "Stassie" Karanikolaou's birthday. "Welcome to Gilead," Stassie said on her Instagram Story as she documented her arrival through an entryway adorned with red curtains. Handmaids said "Praise be," while wine glasses were printed with the phrases, "Praise be, b*tches," and "Blessed day." Flags from the fictional Republic of Gilead and cocktails named, "Praise be vodka and under his eyes tequila" also made quite the statement. Jenner provided everyone with red capes and bonnets, all of which led to nearly universal online outrage. (At the time of the initial backlash, Bustle reached out to Jenner for comment, but did not hear back.)

While Kylie said on her Instagram Story that the series, based off Margaret Atwood’s 1985 novel of the same name, was her favorite show — many of her 137 million Instagram followers felt the beauty mogul wasn't doing a good job of reading the room. Parodying a dystopian society where women are stripped of their basic rights before being repeatedly sexually assaulted and forced to endure hard labor is a dicey business to begin with. But on the heels of several states imposing even stricter abortion laws, it definitely wasn't the time to sport the red costume while nursing a mixed drink.

Even if Jenner and co. only meant to pay homage to the landmark show, it's especially odd to see the Handmaid's uniform used as a birthday party costume now that the same red robe is being used in protests around the country.

Last week, Elisabeth Moss, who leads the series as June, was asked by Stephen Colbert while on the Late Show how she felt about the red cloak and white bonnet becoming "a part of a vocabulary of resistance." Moss answered that it was a bit "surreal," adding, "When I see it used in what I think is a very beautiful way and a very important way, I'm proud and I'm proud to put it on myself." The actor continued, "I think it's pretty unusual that there's an image of something that just immediately communicates what side that person's on and what they stand for."

Moss has yet to comment on Jenner's use of the uniform. But perhaps now that Whitford has spoken out, the matter can be put to bed.

More like this
Kylie Jenner Goes Into Labor & Welcomes Her Baby On 'The Kardashians'
By Jake Viswanath
Stormzy Made A Passionate Speech About The Importance Of Diversity
By El Hunt
Pro Footballer Zander Murray Is "Blown Away" By Support After Coming Out
By Sam Ramsden
How Much Are The 'Schitt’s Creek' Stars Worth?
By Hugh McIntyre
Get Even More From Bustle — Sign Up For The Newsletter