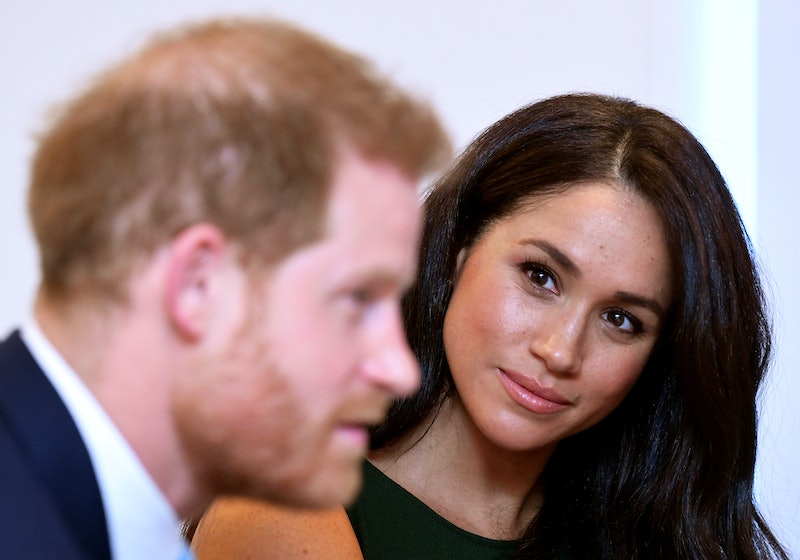 The UK could be preparing to say goodbye to Harry and Meghan for good, with the royal couple ramping up their efforts overseas in recent weeks. Harry and Meghan's latest trip involved a brainstorming session at Stanford University, reports Hello!. Some now believe the pair will spend the majority of their time in America.

According to Hello!, the couple spent around seven hours at the Californian university in consultation with academics and professors. A source from Buckingham Palace told the magazine Harry and Meghan's brainstorm was "part of their ongoing work to develop and build their new charitable organisation." The charity's focus remains a mystery, but Stanford's Centre for Social Innovation is renowned for its social and environmental change initiatives.

In January, an official statement from the pair revealed they would be launching a "new charitable entity." It explained Harry and Meghan would be splitting their time between the UK and North America.

"This geographic balance will enable us to raise our son with an appreciation for the royal tradition into which he was born, while also providing our family with the space to focus on the next chapter," the couple said. A recently filed trademark appears to confirm the charity's name as Sussex Royal, the Foundation of the Duke and Duchess of Sussex.

Per ITV News, the Sussexes have been living on Vancouver Island since Nov. 2019 — part of Canada's British Columbia province. Harry is expected to return to the UK for Westminster Abbey's Commonwealth service on March 9, but it's not yet confirmed if Meghan and Archie will accompany him.

It's also unclear where the couple's main base will be. While royal fans were hoping to see Harry and Meghan remain in the UK, their recent actions suggest they could be setting up camp elsewhere.

Since announcing their step down from royal duties, the pair have stuck to the U.S. for public appearances. Earlier this month, the Duke and Duchess attended a banking summit in Miami; a speaking opportunity that reportedly netted them up to $1 million (around £770,000).

Buckingham Palace is now preparing to shut down the Sussexes office, ITV News reports, leaving around 15 staff at risk of redundancy come spring.

"Given their decision to step back, an office at Buckingham Palace is no longer needed," a palace aide told the broadcaster. "While the details are still being finalised and efforts are being made to redeploy people within the royal household, unfortunately there will be some redundancies."

More like this
Meghan & Harry Respond To Jeremy Clarkson’s "Apology" Over *That* Column
By Sophie McEvoy
'Bridgerton's Regé-Jean Page Is The World’s Most Handsome Man
By Darshita Goyal
Turns Out George Clooney Is A Huge Fan Of This Classic British Game Show
By El Hunt
David Beckham’s Controversial Qatar Deal Skyrocketed His Net Worth
By Catharina Cheung
Get The Very Best Of Bustle/UK
Sign up for Bustle UK's twice-weekly newsletter, featuring the latest must-watch TV, moving personal stories, and expert advice on the hottest viral buys.