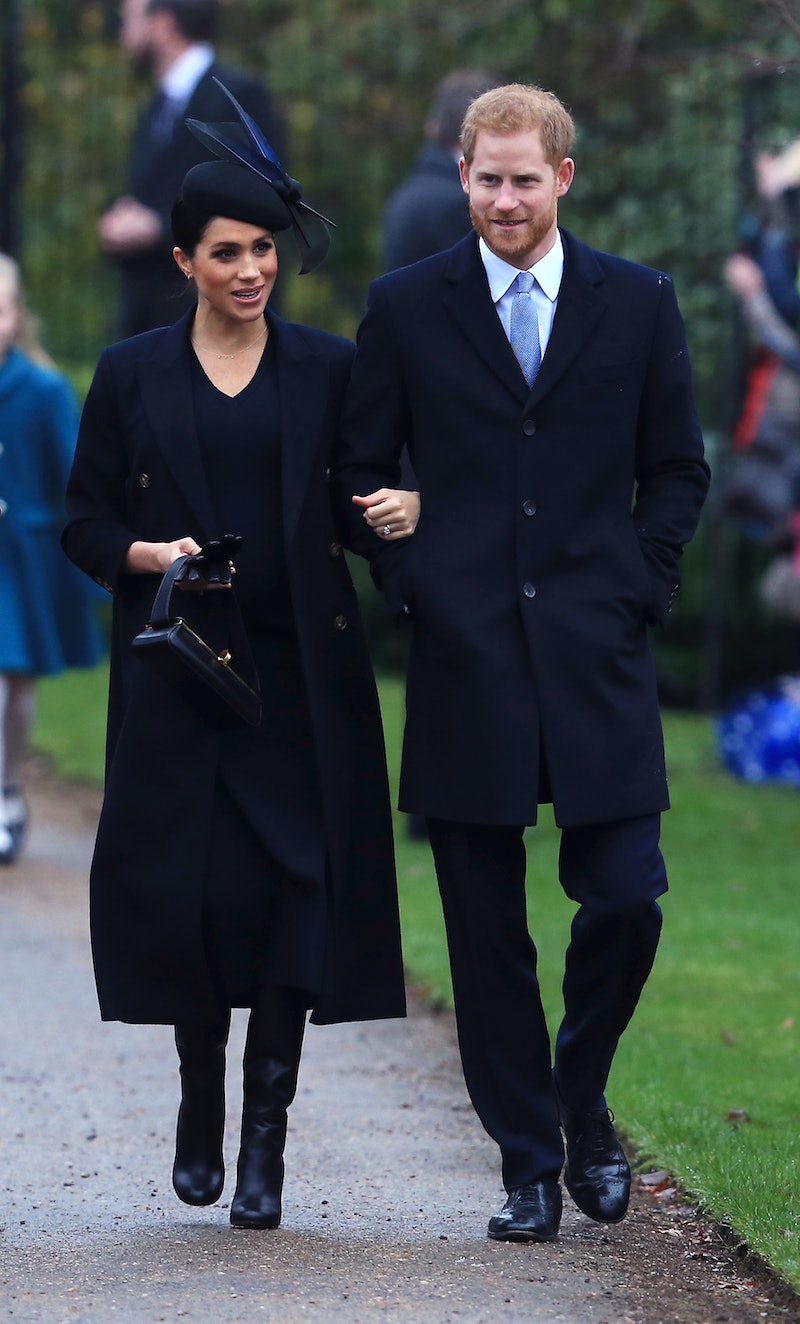 Life just keeps getting better for the Royal Family. This past year alone was full of so many major life milestones. During her annual Christmas broadcast, Queen Elizabeth gave a shout out to Prince Harry and Meghan Markle's future child.

According to an article from Entertainment Tonight, Queen Elizabeth shared, "It’s been a busy year for my family, with two weddings and two babies, and another child expected soon. It helps to keep a grandmother well occupied."

Of course, Prince Harry and Markle's wedding in May is one of the royal weddings she was referring to. Prince Harry's cousin Princess Eugenie married Jack Brooksbank in an October ceremony. His brother Prince William and sister-in-law Kate Middleton welcomed their third child Prince George in April. The Queen's oldest granddaughter Zara Tindall gave birth to her daughter Lena in June according to Town & Country Magazine.

During that same speech, Queen Elizabeth emphasized the importance of her family. She declared, "Through the many changes I have seen over the years, faith, family and friendship have been not only a constant for me but a source of personal comfort and reassurance." This year especially. It really was a major year for her as a grandmother and great-grandmother.

The annual Christmas Broadcast wasn't the only big moment from the Royal Family. Prince Harry, Markle, Prince William, and Middleton joined Prince Charles, Queen Elizabeth, and other family members for Christmas morning church services at the Church of St. Mary Magdalene at Sandringham. Despite some rumors of family tension, the core four seemed to be enjoying the holiday celebration together.

After the church service, they greeted some fans and wished them a "Merry Christmas." Then, Royal family walked to the Queen’s Sandringham Estate for a Christmas lunch according to People. It has been reported that the famous family ate roasted turkey and steamed fruit pudding before they watched her televised speech.

This wasn't the first time that Markle took part in the family's holiday festivities. Last year, Markle made her first public curtsy to the queen on Christmas Day 2017. She caught a little bit of flack for a supposedly less than perfect curtsy. However, the Duchess of Sussex showed significant improvement this time around according to an article from People.

As expected, Prince Harry and Markle did spend a good amount of the holiday in the public eye, but they do have some private, yet well-publicized traditions. People reports that they actually open their presents on Christmas Eve instead of Christmas Day.

Instead of giving each other lavish gifts, they opt for funny presents instead. Apparently Middleton, gave Prince Harry a "grow your own girlfriend" kit as a Christmas gift. Obviously, that's not something he needs this year since he is newly married with his first child on the way. They also play soccer on the family estate and do jigsaw puzzles, a favorite pastime of Queen Elizabeth's.

In some ways, Markle's first Christmas as a Royal was just like anyone else's. And then there are others that were just very.... royal, like the queen's very public speech and the fanfare en route to church. All around, it was definitely a milestone Christmas for the Duchess of Sussex. And next year will be her first Christmas as a mother!