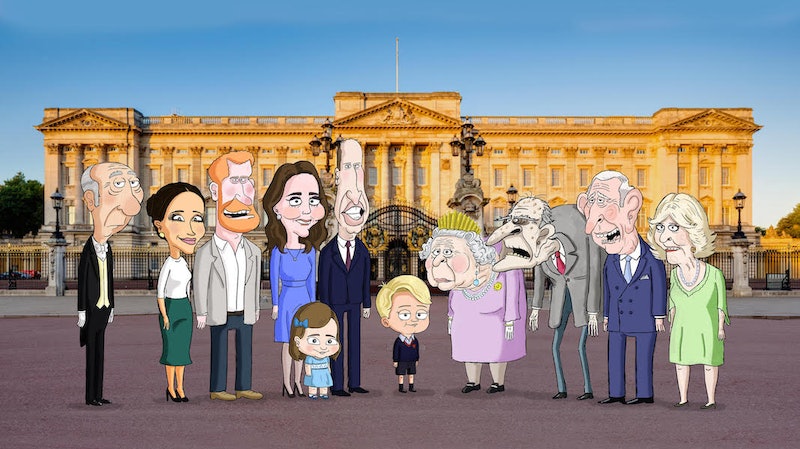 Move over, The Crown: HBO Max has ordered The Prince, an animated British royal family satire, from writer and executive producer Gary Janetti (Family Guy, Will & Grace). Based on Janetti’s Instagram account of viral Prince George memes, The Prince will follow the lives of the British royal family through the perspective of cartooned Prince George, the eldest child of Prince William, Duke of Cambridge and Kate, Duchess of Cambridge. Per Deadline, Janetti will voice the titular 6-year-old as he navigates life as a royal tot and spills the “royal tea” about the monarchy.

“We’re so excited to bring the world Gary’s created on Instagram over to HBO Max, where our viewers can discover what his Instagram fans already know — that George can be hilarious, shocking, and surprisingly sweet,” Sarah Aubrey, HBO Max’s head of original content, said in a statement, per Deadline. “We can’t wait to see what Gary does with a bigger canvas to paint on than just a 1:1 square.”

In a statement, Janetti said of the satire, per Deadline, “I’m thrilled to be working at HBO Max and bringing them yet another series about a family ruthlessly fighting for the throne.” The writer and producer also confirmed the news on Instagram on Tuesday and wrote, “George is pleased.”

The news of the satire comes after Harry and Meghan announced their decision to step back as members of the royal family earlier this month. The new arrangement will allow the two to relinquish their HRH titles, forego public funding, and repay taxpayer funds used on their Windsor home. At an event in London on Sunday, Harry addressed the royal split for the first time and said he had “no other option” but to step down. "I know I haven’t always gotten it right, but as far as this goes, there really was no other option,” he said. “What I want to make clear is we’re not walking away, and we certainly aren’t walking away from you."

Per Deadline, Janetti’s satire was developed before Meghan and Harry’s announcement, and the script is expected to be adjusted to reflect the couple’s departure from the royal family. HBO Max will debut in May.

More like this
Lisa Kudrow Explained How Her Body Image Changed While Filming 'Friends'
By Grace Wehniainen
Miranda Cosgrove Reacts To Jennette McCurdy’s Shocking ‘iCarly’ Revelations
By Grace Wehniainen
An Ultimate Guide To The Music Of 'Rap Sh!t'
By Brad Witter
How Lady Gaga & Adele Are Closer To The EGOT All Of A Sudden
By Jake Viswanath
Get Even More From Bustle — Sign Up For The Newsletter