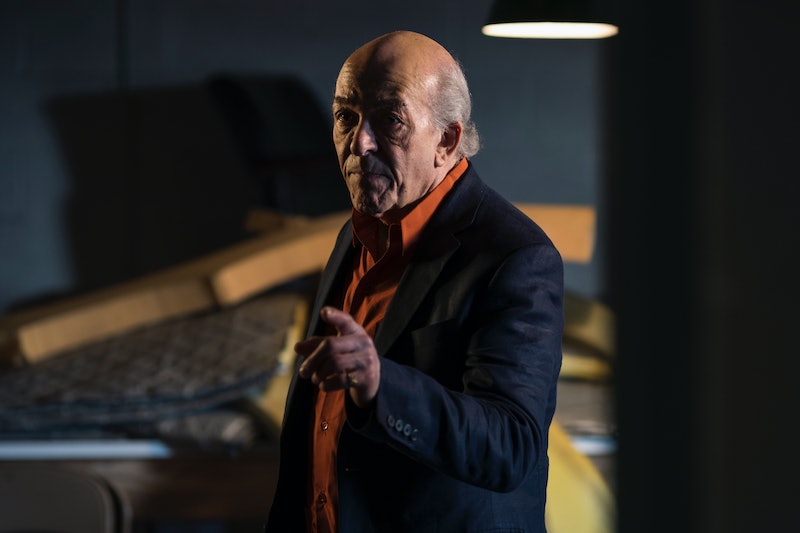 While it was a risky move, Nacho's plan to compromise his boss' health finally pays off during the Season 3 finale of Better Call Saul. Juan Bolsa comes to New Mexico to deliver news that all the drugs from Mexico must come through Gus Fring and in his outrage over this information, Hector has a heart attack on Better Call Saul. Although fans of Breaking Bad have known that Hector Salamanca would have a major health setback eventually, which would lead him to be paralyzed, it is a major relief for Nacho that Hector has a heart attack during the Better Call Saul Season 3 finale. Plus, it establishes the new drug cartel power dynamics between Gus and Hector that will occur in the future.

After Nacho's father refuses to take Hector's money during the Season 3 finale, Nacho is so desperate to protect his dad that he tries shooting Hector. He doesn't go through with it and instead, takes part of a meeting between Hector, Juan Bolsa, and Gus Fring. Juan is in the U.S. on orders from Don Eladio to inform the stubborn cartel leader that all the drugs must go through Gus. Hector does not take too kindly to this information and as he spits venom at Bolsa about how this is a personal insult, Hector goes into cardiac arrest. He takes his nitroglycerin, but this time, Nacho's pill swapping works and he falls to the ground.

Although Better Call Saul's Twitter account hinted that this may happen to Hector in the Season 3 finale with the above tweet featuring Hector's signature bell from Breaking Bad, something that viewers probably didn't expect is the fact that Gus is there when Hector has his heart attack. Not only that, but Gus attempts to save him. Gus' motives are unclear, but he does make a genuine effort to perform CPR on Hector and tells his lackeys to call 911. Considering that Gus taunts Hector in his wheelchair in Breaking Bad, this is surprising, but also a foreshadowing of Gus becoming more powerful than Hector in the drug business.

Something else that Gus does is take notice of Nacho. Of course, the irony is that Don Eladio's orders made it unnecessary for Hector to use Nacho's dad, so then there is no need for Nacho to want Hector dead. But still, Nacho's plan works out pretty perfectly for him since when Hector goes down, he drops his pills right at Nacho's feet. Nacho is able to switch them back before giving them to the paramedics, but Gus is observing him. If Gus suspects Nacho of tampering with the pills, there's a chance that Nacho could begin working for him in Season 4 — after all, they most certainly have a common enemy in Hector.

So while Hector's health failing wasn't a shocking moment, his heart attack will eventually lead to the drug cartel that is established when Walter White and Jesse Pinkman enter the scene in Breaking Bad. And fans will get to see how the characters of Better Call Saul deal with the fallout of this — and the shake-up that occurs — in Season 4. Let's just say that while I expect Gus to gain more power, I know it won't be so simple for the Chicken Man since I also anticipate the murderous Cousins making an appearance again.