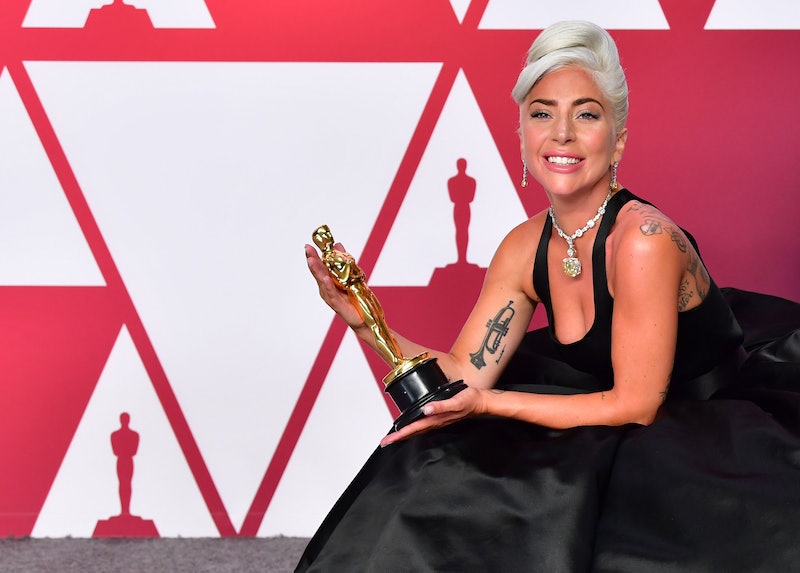 Award season is almost complete. Style lovers have fawned over Gwyneth Paltrow's sheer dress at the Golden Globes, ogled Beyoncé's golden sleeves, and gasped over Jennifer Lopez's massive bow. Now, it's the 2020 Oscars red carpet that will keep fashion fans rapt. Here's when you can tune-in so you don't miss a fashionable moment.

E!'s Oscars red carpet coverage is perhaps the most well-known televised pre-show. Hosted by Guiliana Rancic and Ryan Seacrest, the celebrity interviews and fashion commentary will begin at 5:00 p.m. ET — earlier than any other red carpet coverage the network has done this year.

E!, however, is not the only cable network hosting a pre-show. The Oscars' host channel, ABC, will also be airing a televised red carpet. The show begins at 6:30 p.m. ET and will be hosted by none other than style darling Billy Porter, talk show host Tamaron Hall, and model Lily Aldridge, and film critic Elvis Mitchell.

The Academy is also hosting two official live streams of the carpet via Twitter and Facebook Live for those those who don't have cable or subscription service access. Coverage starts at 6:30 p.m. ET. As for the show itself, the Oscars award ceremony will begin at 8pm ET.

As usual, style lovers can expect to see a multitude of famous face on the Oscars red carpet and will hopefully get more viral moments like those from other event. From Bombshell's Charlize Theron wearing a Tiffany bracelet in her hair to cover her roots to Billy Porter's sparkling unitard and mechanical hat, there is still a lot that could happen on the season's final red carpet.