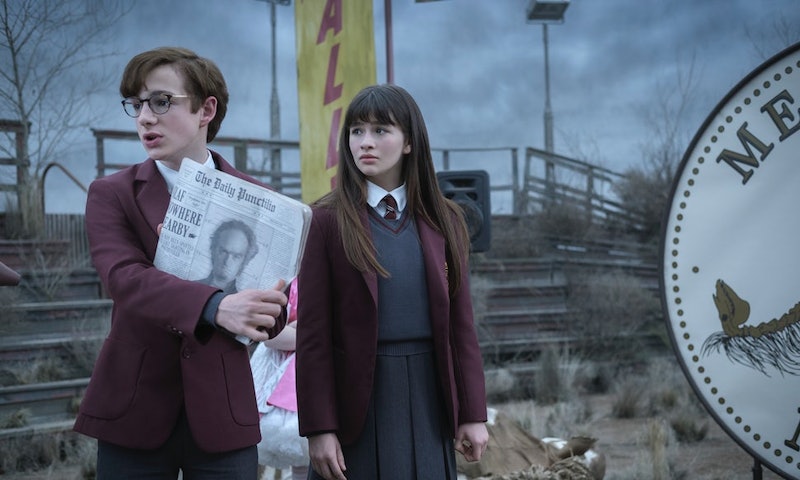 Ever since I was a kid, I have enjoyed off-kilter media — the strangest books, television shows, and movies out there — particularly if they offer a broken, damaged, or similarly bleak outlook on the life, the universe, and everything. Without comment as to how my book preferences may or may not relate to my pessimism, I can tell you that, as odd as it may sound, absurdist fiction has always made my world feel more predictably unpredictable — a little less strange and a lot less frightening.

I grew up with depression and anxiety, both of which went undiagnosed until I was an adult. Feeling like the world is scary and unknowable, like the secret to happiness was written in a language everyone else but me could speak, made it difficult to relate to people who didn't have the same thoughts and feelings, so choosing books over other people wasn't a difficult decision. I had never made friends easily, and I didn't have a wide, social safety net to turn to on bad days. But books were always there for me, and many of them actually reflected my own feelings back at me, especially the ones that looked at the dark side of life and chuckled.

A Series of Unfortunate Events: The Bad Beginning by Lemony Snicket, $10, Amazon

Like so many millennials, I first discovered absurdism through Lemony Snicket's A Series of Unfortunate Events. The story of the Baudelaire orphans' seemingly never-ending search for a safe place to call home, how they were outmatched at every turn by adults more sinister and oblivious than they, spoke to me as a lonely, frightened 11 year old. Like Violet, Klaus, and Sunny, I didn't have friends, and although I had a stable home, I always felt that people and powers beyond my control were creating chaos in the world.

Even though the Baudelaires were in constant peril, Lemony Snicket's writing style made it easy to laugh in the face of misfortune. As a reader familiar with the terrible, awful things that happened in his books, I anticipated each new, unfortunate turn, and met it with an attitude of, Oh, well, of course that happened. Years before I read Kurt Vonnegut's Slaughterhouse-Five, "So it goes" became the philosophy I wanted to live up to, simply because, in a time of mass uncertainty, it would be wonderful to be able to roll with the world's punches.

I never quite mastered the art of going with the flow of things, but reading a lot of absurdist fiction over the years helped me to stop taking every new crisis as a punch to the gut. As I learned from Douglas Adams' The Hitchhiker's Guide to the Galaxy, "If there’s any real truth, it’s that the entire multidimensional infinity of the Universe is almost certainly being run by a bunch of maniacs." Accepting that most of the things that happen in the world are just random occurrences makes it easier to not fall to pieces when disaster strikes.

Of course, believing that the whole world is just one big, absurd, unpredictable mess doesn't really lend itself to any desire to change things. I would be lying if I said I didn't have dark days when I thought that things could never possibly improve. My ultimate desire to make the world a better place outweighs those negative thoughts, but my embracement of the absurd gives me a safe place to turn when I feel exhausted by the horrors of the world. Thanks to Lemony Snicket, Douglas Adams, Kurt Vonnegut, Franz Kafka, and Tom Stoppard, among others, I can laugh at the bad days until the good ones come along.

A Series of Unfortunate Events: The Bad Beginning by Lemony Snicket, $10, Amazon