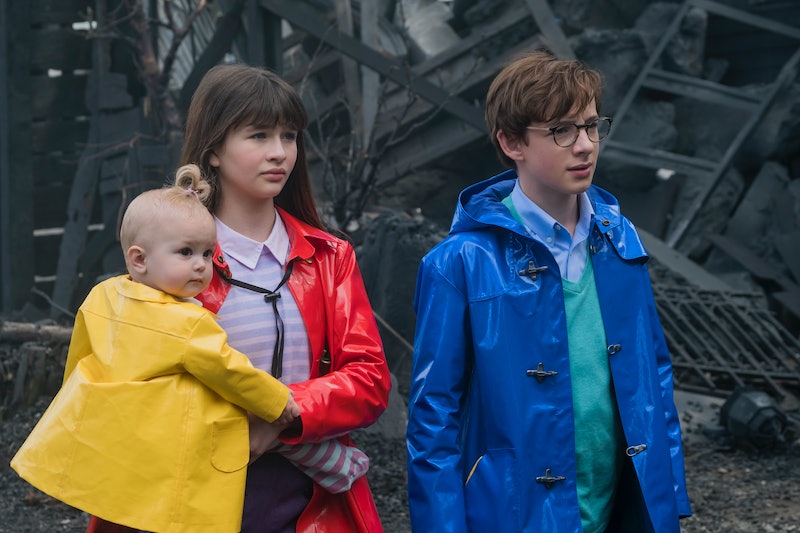 A Series Of Unfortunate Events does not play coy when it comes to theme. The series quickly establishes its philosophy that one should always be skeptical of adults, and makes it clear that the truth can easily be twisted and demented for nefarious purposes. However, the most present theme in A Series Of Unfortunate Events may just be that everything is flammable. Fire destroys many things in Unfortunate Events, including the Baudelaire mansion and the lives of the orphans. Spoilers for ASOUE Season 1 ahead. When they arrive at the wreckage that surrounds Lucky Smells Lumbermill, it's clear that it's been ravaged by a great fire. But what caused the Paltryville fire, and does it have anything to do with the many other fires in A Series of Unfortunate Events?

The consensus among the leaders in the town seems to be that the fire was an act of arson and Sir, who owns Lucky Smells Lumbermill, is of the firm belief that it was the Baudelaires' parents who set the fire. Oddly enough, Sir's book about the history of Paltryville has a redacted paragraph regarding the truth behind theit relation to the crime. However, just before the orphans leave Paltryville, the kindly Charles provides them with the truth in the form of the non-redacted paragraph.

The original page from Sir's book reveals, "The Baudelaires were unequivocally responsible for putting out the fire." The paragraph explains that they were enjoying a nearby picnic when they noticed the fire and sprang into action. It also says that Mr. Baudelaire made a makeshift fire alarm to warn townsfolk, while Mrs. Baudelaire redirected the town's water supply to put the fire out. Sir had been manipulated into lying about the Baudelaires' involvement with the fire, but if they didn't start it, then who did?

Along with the message that everything is flammable, A Series Of Unfortunate Events also follows the logic that there's no such thing as coincidence. It's entirely possible that the fire was an accident and that the Baudelaires happened to be in the right place at the right time. However, when you're the members of a secret organization that has gone through a massive schism (splitting the organization into a noble side and an evil side, the latter of which is trying to burn down the houses of the noble former members of said organization), it's likely that any fire you come across was set intentionally.

It's not clear who caused the Paltryville fire, but it's possibly the mysterious figure who is seen setting fire to a mansion later in the series, and probably has something to do with the fire that engulfed the Baudelaire mansion. Paltryville did end up becoming the home of the villainous Dr. Orwell, who is one of many people who wants to see the Baudelaires go up in flames. There's something sinister afoot, and those involved are literally playing with fire. It just seems that poor Paltryville got caught in the middle.