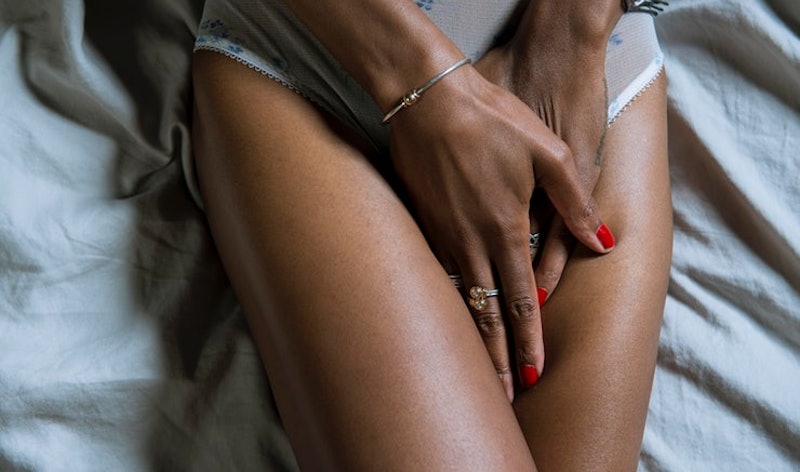 One of the scariest part of Trump's birth control order is how many women will be unable to afford access to birth control— whether they're using it to prevent pregnancy or as a treatment for another health condition. Many people don't realize how many different conditions birth control is used for, but it is a crucial part of many women's health management.

But before we look at the other benefits of birth control, let me say one thing loud and clear: We should not have to talk about the other things birth control does besides prevent pregnancy to justify it being covered by insurance. The fact that it prevents pregnancy is important and it is enough. Women have a right to do with their bodies and that fact that some people might not like the idea of preventing pregnancy does not mean that we need to come up with other reasons to justify it.

That being said, it's important to acknowledge the other health issues that will be left untreated because of a lack of access to birth control. An endometriosis is one of those.

If you're not familiar with endometriosis, it's when tissue similar to the endometrium— which should be inside the uterus— is found outside of the uterus and in other parts of the body. The most common side effect of this is pelvic pain, though other side effects include long periods, heavy cramps, bowel and urinary disorders, and even infertility. Endometriosis affects over 175 million worldwide and, in the US, it is estimated that 10 percent of women are affected. Though not every woman will have every symptom and side effect, for many the pain is completely debilitating.

"I was so incredibly isolated for several years because I was too fatigued and worn out to hang out with friends. I had a reputation as the 'fun police' and most people who I thought were my friends ended up dropping me," Kyra Yeo, who struggles with endometriosis, tells Bustle. "There were some days that I didn't know how I could possibly survive and I didn't know how to live my life like that."

There are different ways that women try to tackle endometriosis, but one way to treat the pain is through birth control. It doesn't cure endometriosis, but it does help to alleviate symptoms. "Endometriosis leads to severe pain during menstruation due to the fact that endometrial tissue that lines the uterus has grown in other areas of the body," Rachel Gelman, DPT and Director of the San Francisco Pelvic Health and Rehabilitation Center, tells Bustle. "This tissue still behaves as regular endometrial tissue, but since it is not in the uterus it has no where to go during menstruation and instead thickens and gets stuck wherever it is in the body." If that sounds painful, it's because it really, really is.

"Some forms of birth control impact hormone levels which can suppress menstruation and therefore can decrease the symptoms of endometriosis," Gelman says. "...Birth control can help decrease pain severity allowing individuals to be more functional and complete activities of daily living. Removing the mandate may mean that some individuals may miss more days of school or work due to their debilitating pain levels."

So many women are rightfully worried about what will happen if their birth control is no longer covered through their insurance. Here's why they are at risk.