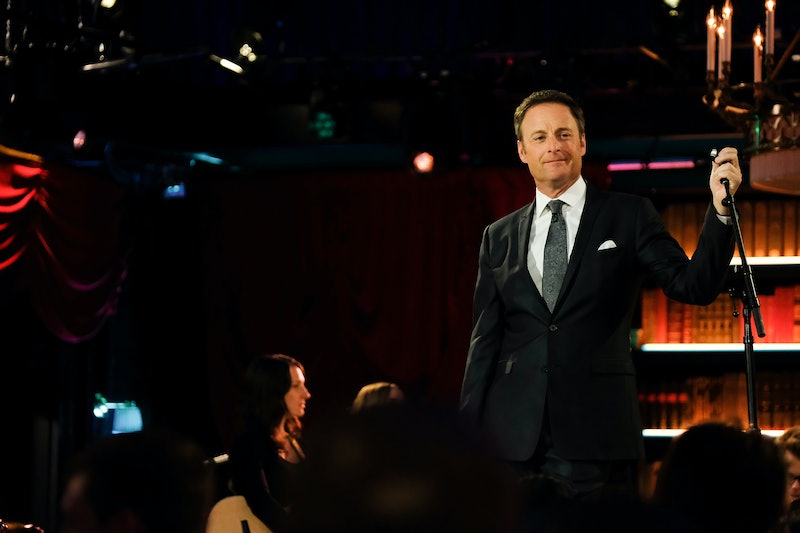 With only one more week to go until the finale, there are only a few Bachelor: Listen To Your Heart couples left standing. All of them appear to be in fairly solid relationships and have displayed their musical skills on various occasions throughout the season. But since there can only be one couple left standing, the pressure of winning Bachelor: Listen To Your Heart is more pronounced than ever. Granted, getting this far in the competition is a victory in and of itself, but how will a winner ultimately be chosen? The process, as of now, seems pretty straightforward.

Back in April, Chris Harrison revealed to the remaining contestants that the final couple left standing would win the chance to work with a notable producer to create original songs and then eventually go on tour to perform them. However, the coronavirus outbreak has forced those plans to be temporarily put on hold. "When we made that prize package, getting out and touring and concerts were a thing," Harrison told Entertainment Tonight in a recent interview. "I mean, clearly that is still part of it. As soon as they can do it safely, we'll do that."

As for how the winning couple can hope to achieve that grand prize, Harrison has explained that each week a group of celebrity guest judges will watch the couples interact and perform, and then proceed to vote on which duo they feel should be eliminated. If that pattern continues into the finale, then the guest judges for next week will ultimately get to decide who walks away with that final rose — or, rather, recording deal.

However, the judges won't just be making their decisions based on musical talent alone. Because while this may be a singing competition, Harrison has always been quick to remind everyone that love is the show's main priority. "Yes, there is a musical element to this. But early on we learned from Bachelor, Bachelorette, Bachelor Pad, and even Paradise that the foundation has to be relationships and it has to be about love and finding that," he told Refinery29 prior to the premiere. "It really is always about that love" and "the chemistry and about that dream of finding it all, not just a musical career."

That's a key part of why the judging panel is made up of not only musicians, but also Bachelor alums in order to give an equal focus to both the vocals and chemistry demonstrated on stage. So whichever couples make it to the finals will need to lay it all on the line — musically and emotionally. Because those judges will have the final say in who wins and who loses.