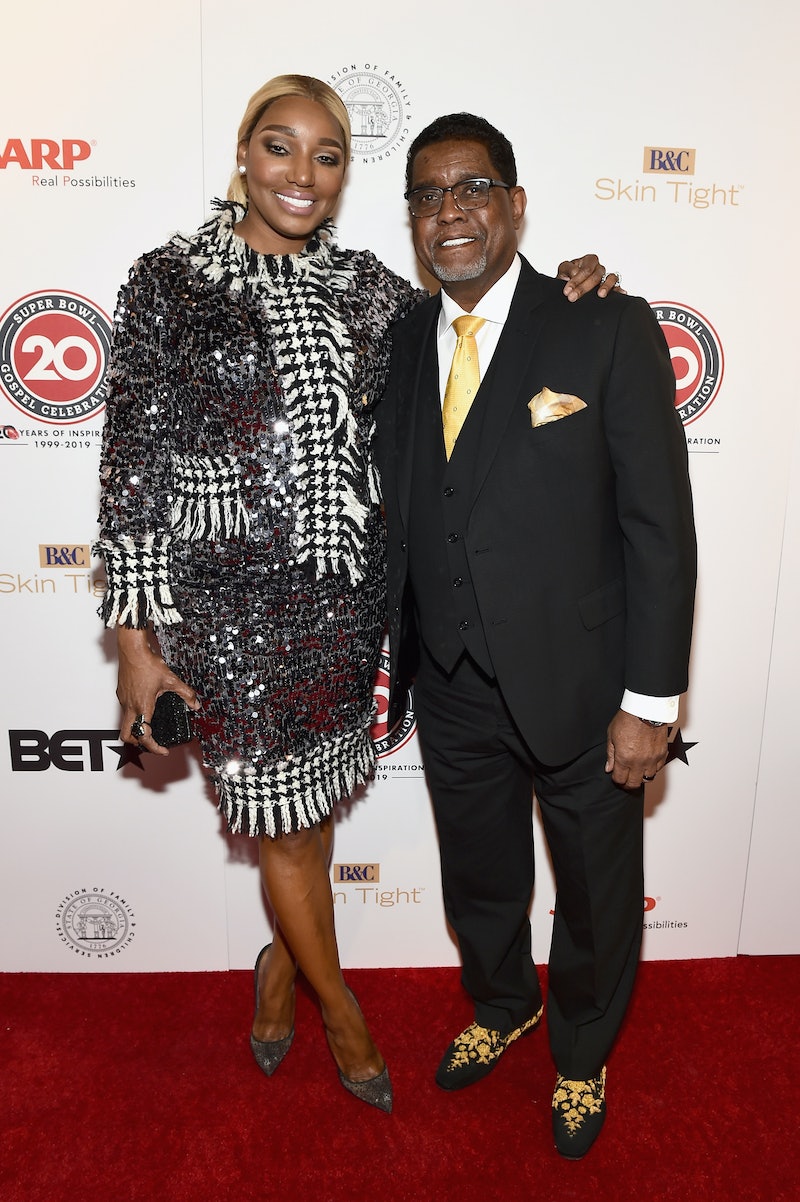 Gregg Leakes is an OG cast member on Real Housewives of Atlanta. The viewers have grown to love NeNe Leakes' husband throughout the years for his wisdom, kindness, and stability. The fans can't help being invested in his life, especially after his colon cancer diagnosis, which is why so many Bravo fans are wondering how Gregg Leakes is doing in 2019. To no one's surprise, Gregg has been keeping it positive, especially as fans joined him on his journey this season.

Gregg gave an update on his health during NeNe's appearance on the March 3 episode of Watch What Happens Live With Andy Cohen. Gregg declared, "I'm doing great!" Then he elaborated, "I feel great. I feel wonderful. I'm blessed everyday. You know, I never had cancer before so every day is like a new experience to me."

As the Real Housewives of Atlanta viewers have seen, Gregg's health problems have created some strain between him and NeNe. While Gregg was on the line, Andy Cohen asked, "Are there any misconceptions about what you and NeNe have been going through that you want to clear up?"

Gregg adamantly declared, "There are no misconceptions." Then, he explained,

"Again, I've never had cancer before. I don't know what to expect. It does affect your mood from time to time. Day to day, you just do the best that you can do and just hope that whoever you're giving the short end of the stick to can be understanding and put up with it because you're not trying to do this."

Then, he hammered that same point home: "Again, I revert to this: I've never had cancer before. What it does to you, it does at that time and you just have to react to it." The Real Husband of Atlanta went on to explain, "So, there have been a lot of times where I've said and done something unfavorable to my wife. She does the best she can do."

After, Gregg admitted, "She's great, I love her, the whole nine yards, but I pushed her to the walls. I didn't understand what I was dealing with either."

That Watch What Happens Live call wasn't the only time Gregg called himself out for his own behavior. He has been very vocal about his struggles on social media. On Jan. 14, Gregg shared a selfie on Instagram along with a very forthcoming caption about his relationship with NeNe. Gregg shared with his followers,

"I wish i could get it right everyday & not be mean to my wife, doctors or anybody else. It’s NOT my intentions to be so. I stand in the “need” of Prayer... You can’t help but wonder what’s around the next turn for yourself. Forgive me Hunni, forgive me America..... #neverbeenherebefore #nevergiveup #Imscaredtoo"

Unfortunately, NeNe has faced a lot of criticism from fans in response to the ups and downs in her relationship with Greg.

Of course, there are some people who are not critical of their relationship and actually relate to the situation.

Did the barrage of social media feedback inspire Gregg to speak out, not once, but twice in one day? That same day, Gregg posted a photo of NeNe with an apologetic message:

"We always hurt the ones we Love.. because they allow us to hurt them rather than snap back. I’m tired of hurting my wife who is only trying to take good care of me and wants only the best for me too. She deserves much more for her hard efforts and tireless hours spent on me. I Pray to God to get it together..She’s done NO wrong... this is ALL on me......Cancer WILL change your Life..."

Unfortunately, the Leakes family is dealing with a lot these days. In response, Gregg is staying strong against cancer and trying to improve his outlook in the process. That's all anyone can really ask for