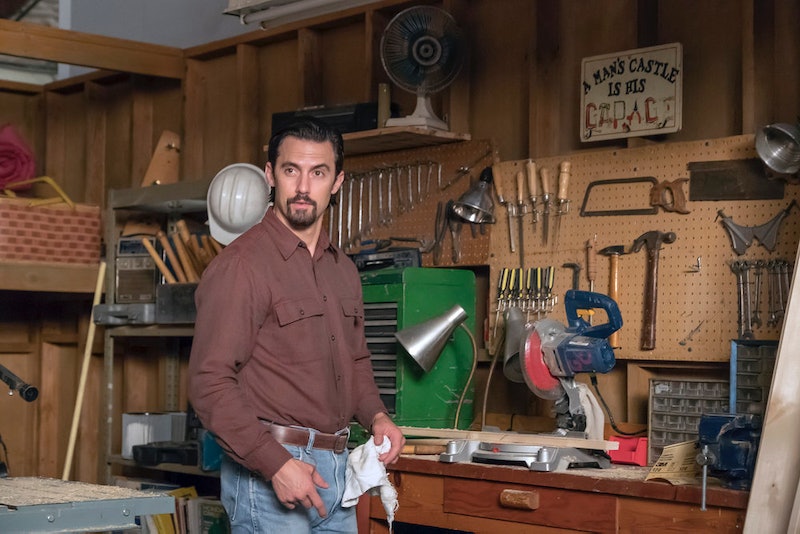 Major spoilers ahead for the Super Bowl episode of This Is Us (series writing: Kay Oyegun). How should you feel when a big reveal happens that's just as devastating as you had hoped it to be? Satisfied? Relieved? Just plain devastated? Right now, This Is Us fans are all three, as the show finally revealed how Jack died on This Is Us. The patriarch of the Pearsons the king of the family, the potential best father in the world — he's gone, and now we know why. Jack died from a heart attack on This Is Us, and man, us fans did not see this coming.

Who is cutting onions in here? Geez, it's getting really teary… The situation surrounding Jack's death went like this — we already knew from prior episodes that Jack died as a result of a fire unfortunately set by a fickle slow cooker. We also knew that Kate blamed herself for it, Rebecca never fully recovered from it, and Kevin moved away soon after his father died because they didn't end on great terms. (Randall is fine and mostly well-adjusted, OK?)

Now, Kate's blame on herself makes sense, because Jack ran back into get Louie, the dog, which was Kate's dog. If Jack didn't go inside to get the dog and a few photo albums and essentials, maybe he wouldn't have spent so much time in the smoke and burnt his lungs. The smoke inhalation put stress on his lungs, which put stress on his heart, which sent Jack into cardiac arrest. Basically, Jack spent way too much time in a burning house, and it ultimately led to his passing. It was a real punch in the gut, because all of the Pearsons (including Louie!) made it out of the house, and we all thought we were in the clear... and then Jack was in the hospital, and then Jack was dead, and it was all too much.

Talk about heart wrenching, right? We don't know a lot about the days and weeks right after Jack's death just yet, but suffice it to say that the family will be virtually rudderless without Jack to lead them. Not that Jack didn't have his demons — he obviously had issues with alcohol — but he was as good of a person as someone could get, and one hell of a father.

In the Jan. 16 episode, "Clooney," This Is Us (director: Wendey Stanzler) began to drop the bomb — the parting shot of the episode was one of the smoke detector, remarkably without batteries. This Is Us executive producer Isaac Aptaker told Entertainment Weekly that it was all by design. "We're trying to brace people and help people prepare… It's a way of showing that there's so much going on in these characters' lives right now, and there's so much that they're dealing with," he said. "Of course, looking back, we all know what that leads to, but life is hectic. Sometimes you forget to get batteries."

I, for one, will never, ever forget to get batteries again.

In any case, Jack is dead, and the Pearsons will never be the same, but in an interview with Us Weekly, Mandy Moore, who plays Rebecca, spoke on how much there is to learn about how Rebecca handled the days after his death. "I definitely foresee exploring and reflecting on what it is like to be a single parent, how she finds her way through her grief,” she said. “There is a good chunk of time there to really delve in and explore who she was, the choices that she made, what type of mother she ultimately became to these kids and how that was a reflection too on the choices that they made going forward.”

And as always on This Is Us, one question answered leads to 10 more posed. But, no matter what, one thing is for certain — Jack met a tragic end, an end that could have so easily been avoided, and it's one that This Is Us viewers won't soon forget.